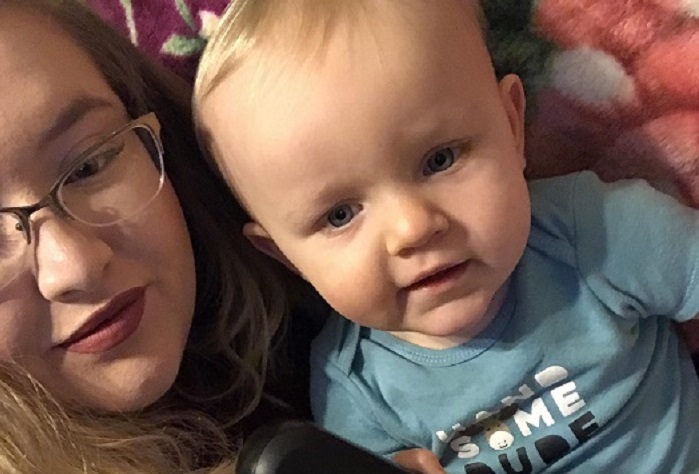 It was from 19-year-old Chelsey, who, with Burner’s help, had just given birth the day before. When she did, Chelsey had relinquished custody of her newborn baby, kissing him goodbye before placing him into the arms of a hospital nurse.

Chelsey was calling with an unusual, heart-wrenching request—she wanted to know if she could get her baby back.

Chelsey had discovered she was pregnant while at the doctor addressing the issue of her swollen feet. When the doctor told her she was not just pregnant, but 34 weeks along, Chelsey panicked. She was working two jobs and going to school. No way could she be a mother,

“I had no clue what to do,” she said. “I knew abortion was not the route that I would have gone—and especially being that far along. My mother and I started looking into different options. I didn’t know what to do—who do I turn to?”

Chelsey confided in her mother, who found Safe Haven’s number (888-510-BABY) and spoke to Burner to find out what she could do.

“We were looking at adoption, but I didn’t want to put my name down on paper,” Chelsey said “I didn’t want the baby to be able to find me later on and ask why I had given him up. It petrified me.” 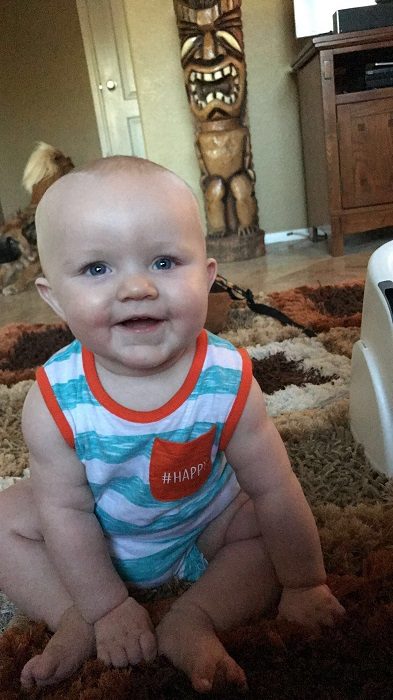 While Safe Haven laws allow a mother to anonymously hand her baby to hospital staff or law enforcement personnel, the actual laws vary wildly from state to state. In California, for instance, a mother has three days to bring her child to a hospital or fire station, while other states allow 30, 45, 60 and 90 days. North Dakota allows a full year.

Helping a mother like Chelsey to navigate the regulations in her state is one of the primary reasons the National Safe Haven Alliance exists.

According to Burner, 9 in 10 women who hand over their babies through Safe Haven laws do so by walking into an emergency room or other Safe Haven location without notice. In each instance, the mother is able to walk away without giving her identity. Her child is then placed in the care of the Department of Child Services, which works to find an adoptive home for the baby.

In the other 10 percent of cases, young women like Chelsey contact the Safe Haven Alliance directly via their phone number or website. The calls are initially answered by Heartbeat International’s 24-7, 365 pregnancy helpline, Option Line, and directed to a local Safe Haven Crisis Response Team.

“Safe Haven is only one piece of what we do,” Burner said. “When we meet a mother, just like with Chelsey, we discuss with them if they are able to share why they aren’t able to parent a child because there are so many resources available to them. We can help give her access to resources that would allow her to parent her child. If she is unable or unwilling to do that, we go to adoption as an alternative.

“We use a rotating list of people who work with Safe Haven that we can reach out to if she is willing to discuss adoption. If not, we discuss Safe Haven. This is a last resort.” 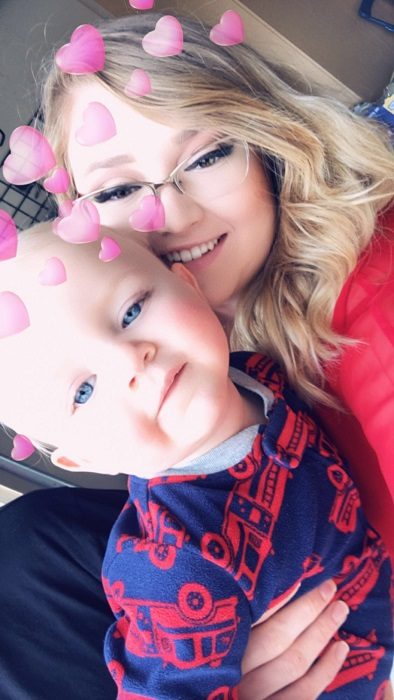 Chase and his mother have a happy life together thanks to the National Safe Haven Alliance. Photo courtesy of Chelsey.

A Matter of Life and Death

Burner first became involved with the National Safe Haven Alliance as pediatric emergency room nurse over eight years ago. It had been just two weeks since her 15-year-old son’s girlfriend gave birth to a son, when Burner’s co-worker found a newborn placed in a garbage can in the emergency room bathroom.

Burner and others performed CPR, but were unable to save the baby.

“This really struck me how this could have happened in my own family,” she said. “How blessed I was to hold this grandbaby and sad that we couldn’t save this other one. I needed to do something to get the Safe Haven law known.”

Burner began volunteering to help spread awareness of the Safe Haven laws and was soon asked to take over Arizona’s Safe Haven team. In late 2017, Burner was named executive director of the National Safe Haven Alliance. Since the first Safe Haven laws were first enacted in individual states in 1999, birth mothers have rescued over 3,527 newborns through Safe Haven laws.

In that same stretch of time, Burner says, 1,393 babies were abandoned nationally— more than 750 of whom died before they were found.

“For every baby that we find, how many babies are not found? When we really, truly examine that and give that thought, I feel that this mission to raise awareness is so important,” Burner said. “People have been abandoning babies for hundreds of years, but we have the option of safe haven here so that doesn’t have to happen, and these newborns have a chance at life.”

According to Burner, women turn to Safe Haven instead of other options because they don’t want their name attached to their child. The decision is often made out of fear – fear of people finding out they had a child. That fear is often what drives women to abandon their newborns, but with Safe Haven laws, a mother can ensure their child is taken care of and given to a loving adoptive family. 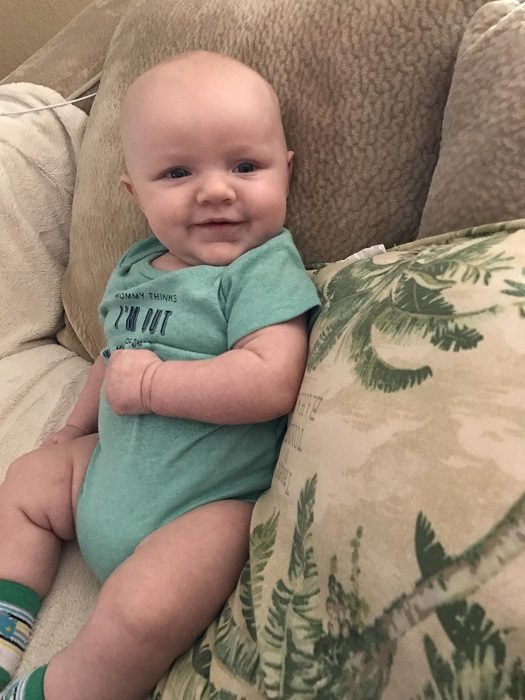 Chase’s mother was able to choose life with help from the National Safe Haven Alliance. Photo courtesy of Chelsey.

For Chelsey, the shock of finding out she was expecting so late into her pregnancy played a major role into her decision to opt for Safe Haven.

“I knew right away I didn’t want to keep the baby,” she said. “A baby was never in the picture. I didn’t have a second thought.”

After reaching out to Safe Haven, she spoke with Burner and a volunteer named Damien. They guided her on how to eat healthy and take care of herself and her preborn baby, and they were there with her when she was induced at 40 weeks.

Chesley didn’t think she had any other choice than to give up her baby. When it came time to say goodbye to her son, Chelsey wrote two letters: one to him and another to his adoptive parents. Burner and Damien stayed with her the entire time.

“At the hospital, I was watching her with him and we were trying to support her, and she was just crying, very tearful while she was taking care of him feeding him, changing the diapers,” Burner said. “So, I asked her, ‘Do you think you want to keep him? You have this choice.’ She was really set that she couldn’t give him the life she wanted to. But it seemed like she could, just watching her, but she was dead set.

“So the next day when I received that call saying she wanted him back, it was just a matter of 12 hours, I said ‘I’m on my way to church. I want you to think about what this means for your life.’ I tried to prepare her for what that would look like.”

Chelsey hung up the phone and spoke with her mother, who assured her she would do everything she could to help. Soon, the wheels were put in motion to reunite mother and child.

“Chelsey’s situation is very special,” Burner said. “Mothers usually cannot come back and get their babies. The premise of the Safe Haven law is confidentiality and the intent to never return for the newborn.” 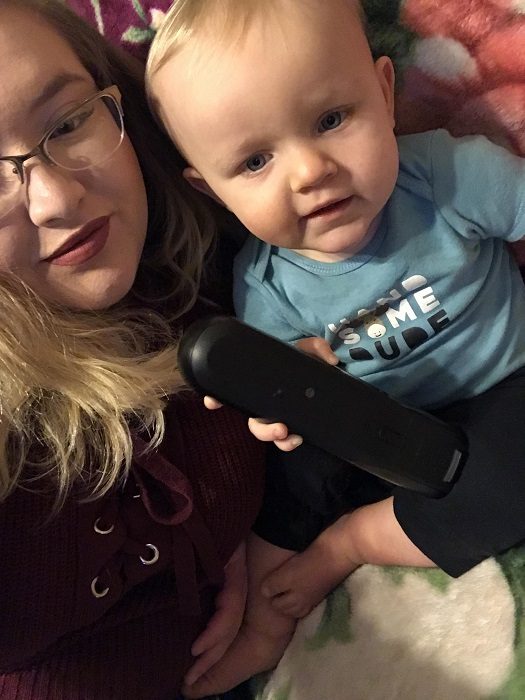 Chase and his mother’s lives were forever changed by Safe Haven laws.

After a battery of meetings and a Department of Child Safety review, Chelsey and baby Chase were reunited. By the time Chelsey brought Chase home, she still hadn’t told her immediate family she’d been pregnant—let alone given birth.

“My stepdad didn’t find out until I brought him home on Monday, and he didn’t believe me at first,” she said. “I have a brother who just turned 18. He didn’t believe me as well. But he’s been here with full support. He helps me with Chase with entertaining him. He’s the best uncle Chase could ask for. He’s there for all of us.”

Chase, now 15 months, and Chelsey now live with her parents, where she’s geared down to working just one job outside the home, with plans of going on to college next fall. Two months after Chase was born, his father came into his life, and he’s been there ever since.

With her truly unique story, Chelsey is also highly motivated to spread the word about Safe Haven laws, as well as the National Safe Haven Alliance whose leaders were there when she needed them most.

“There is an option out there, especially when you’re too scared to be able to go through an adoption knowing that you have your name down on paper,” she said. “That’s what scares so many young mothers to know that you have to put your name down. There is nothing but love and support from Safe Haven.

“Throughout the pregnancy and after, they were in constant contact. I couldn’t have asked for anything more from them. You can find that support within others who do not judge you for the decisions you’re making.”