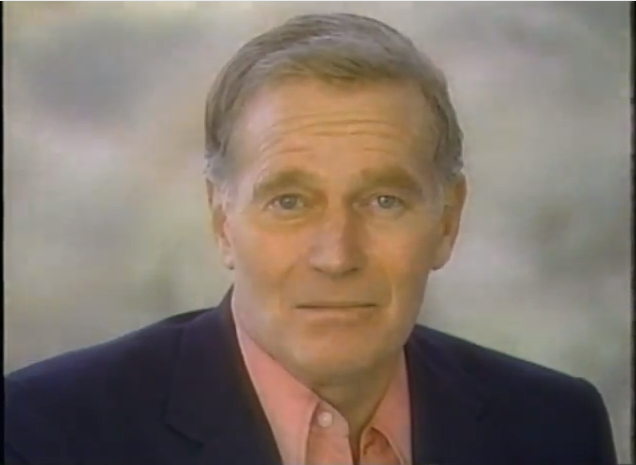 Award-winning actor Charlton Heston (October 4, 1923 – April 5, 2008) is remembered for his roles in Biblical epics and defending the Second Amendment. Less famous are the pro-life convictions he espoused in the introduction to Bernard Nathanson’s documentary, Eclipse of Reason (1987).

Heston’s approach to the abortion debate is a gentlemanly and thoughtful one, inviting the viewer to think about the coverage of medical activity by the media as a whole.

. . . But the kind of surgery most frequently done in America is abortion, and that’s not meant to save lives. In this country, we perform and submit to one and one half million abortions every year. That’s ten times the number of open heart surgeries. Now the average abortion only takes five or six minutes, but they’ve never shown the complete operation on any television channel, any time. That’s not good.

That’s a big part of what television’s for, to explore public questions we care about. Abortion is surely that. The feelings generated, the passionate debates and the issues, safety, morality, long term consequences, all these intrude in the public conscience much more strongly than any surgery ever has.

Political candidates are not expected to take a stand on coronary bypass. The Supreme Court has yet to rule on the constitutionality of heart transplants. People don’t take to the streets in thousands to demonstrate their opinions on artificial hearts.

Yet the press and television tell us a lot more about heart surgery than they ever have about abortion. I think the media have failed here, badly, in what they claim is their responsibility – to inform the public, who will make the final decisions on abortion. . .

Like Jessa Duggar recently came under fire for doing, Heston in the same breath references the Holocaust and other painful things from which we tend to avert our eyes. Watch the entire segment here: