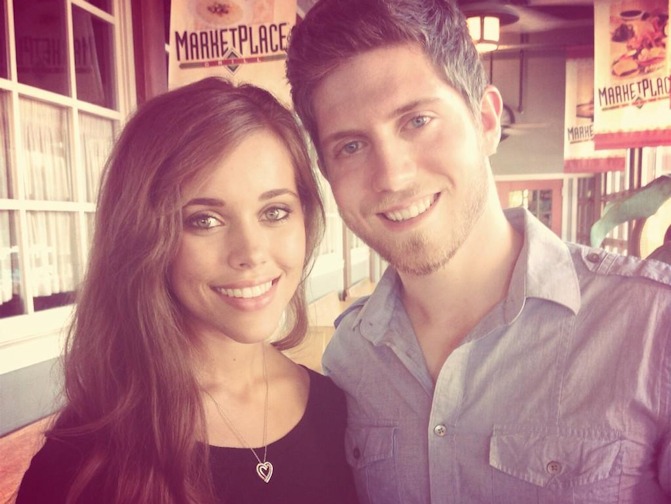 Sometimes, it seems like abortion advocates are doing nothing more than lying in wait for the next thing that will offend them. In this case, it was a rather non-offensive statement from reality television star Jessa Duggar. Duggar went to Washington, D.C., and while there, visited the Holocaust Museum. Afterwards, she posted to her Instagram: 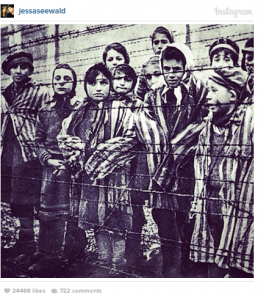 “I walked through the Holocaust Museum again today… very sobering. Millions of innocents denied the most basic and fundamental of all rights–their right to life. One human destroying the life of another deemed “less than human.” Racism, stemming from the evolutionary idea that man came from something less than human; that some people groups are “more evolved” and others “less evolved.” A denying that our Creator–GOD–made us human from the beginning, all of ONE BLOOD and ONE RACE, descendants of Adam. The belief that some human beings are “not fit to live.” So they’re murdered. Slaughtered. Kids with Down syndrome or other disabilities. The sickly. The elderly. The sanctity of human life varies not in sickness or health, poverty or wealth, elderly or pre-born, little or lots of melanin [making you darker or lighter skinned], or any other factor. “If thou faint in the day of adversity, thy strength is small. If thou forbear to deliver them that are drawn unto death, and those that are ready to be slain; If thou sayest, Behold, we knew it not; doth not He that pondereth the heart consider it? and He that keepeth thy soul, doth not He know it? and shall not He render to every man according to his works?” (Proverbs 24:10-12) May we never sit idly by and allow such an atrocity to happen again. Not this generation. We must be a voice for those who cannot speak up for themselves. Because EVERY LIFE IS PRECIOUS. #ProLife

It seems like a rather inoffensive statement, saying that a visit to the Holocaust Museum reminded you that we must protect every life, whether they are elderly or ill or disabled. While protecting unborn children certainly applies to what Duggar is saying here, notice that she never mentions abortion or the unborn.

That didn’t matter to the perpetually outraged pro-abortion left, though. They immediately attacked Duggar (Twitchy has some lovely samplings), with Cosmopolitan leading the way.

How deranged do you have to be to walk out of a Holocaust museum and immediately think, “ABORTION!”? (V. deraged). http://t.co/Thhj3wHH1T

Jill Filipovic, Cosmopolitan’s new Senior Political writer, is a “feminist” in the sense that only women who think exactly the way she does — pro-abortion extremist liberals — are acceptable. So of course, she made sure to write an article for Cosmo attacking Duggar.

The Holocaust killed 6 million Jews — two-thirds of all the Jews in Europe at the time — and another 5 million victims, including gay people, European Roma (gypsies), communists, and people with disabilities. Those millions of people were herded into camps, where they were ritually exterminated if they weren’t worked to death; some were used as subjects in gruesome human experiments before being murdered.

Abortion in the United States is a legal medical procedure that 1 in 3 women will have before she turns 45. Nine in 10 abortions happen in the first 12 weeks of pregnancy, well before fetal viability. Safe abortion access has helped to drive down maternal mortality, and illegal, unsafe abortion remains a leading killer of pregnant women. Legal abortion saves women’s lives.

Regardless of how one feels about the morality of abortion though, comparing it to one of the greatest horrors in modern history is insensitive and clueless, to say the least. And the comparison wasn’t a casual, thoughtless one — Jessa had just walked out of the Holocaust museum, and instead of absorbing the scale of that atrocity, decided to make a point about abortion rights. That’s not just tone-deaf; it’s deranged. And it does bring to light just how extreme — and out of touch — the Duggar family values actually are. If only we didn’t reward them with a quirky reality show that whitewashes their radical views.

Oh, wait. She didn’t mention it at all.

This is how deranged Filipovic and her ilk are, how extreme they are on abortion. It’s a bogeyman to them, lurking in every corner, so they’ll screech about evil pro-lifers yapping about abortion, even though said pro-lifer didn’t mention abortion once. The person who brought it up? Filipovic.

Surely, her defense will be Duggar’s #prolife hashtag, but here’s the thing: being pro-life is not exclusively about defending the unborn. It’s about protecting all life, about recognizing and respecting the basic human dignity and value inherent to each human being. So yes, going to the Holocaust Museum and reaffirming your commitment to protect life makes perfect sense, actually.

It’s why you see pro-lifers speaking out against much more than just abortion — about stopping euthanasia and assisted suicide, about equal rights for people with disabilities, about the genocide of innocent people in the Middle East. “Pro-life” encompasses all of these things and more, but in Filipovic’s narrow-minded hatred, she can only see abortion.

Duggar’s statement was that the Holocaust Museum reaffirmed her commitment to protecting all life, regardless of age, race, disability, religion — what could be more fitting than that? The Holocaust happened because too many people failed in their duty to protect all human life. People were dehumanized, robbed of their basic dignity and inherent value, murdered, and then disposed of as trash.

The Holocaust should serve as a constant reminder of the necessity of protecting all life, and never allowing such atrocities to happen again, and you can’t get much more pro-life than that. Filipovic’s extremism clouds her from being able to understand that, because for abortion extremists, no matter what the subject, it always comes back to abortion.