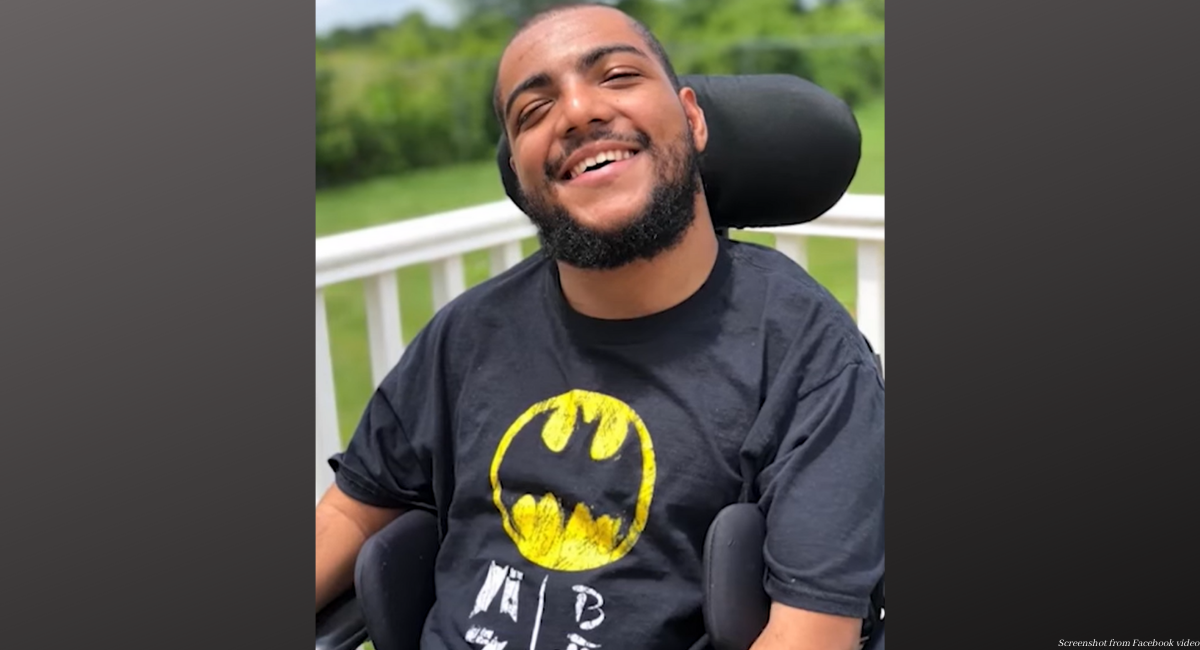 A 29-year-old man with cerebral palsy has an unusual wish: he is looking for a family to adopt him. Jorge Murphy, from New Jersey, spent his teenage years in the foster care system, and now that he has aged out, he lives in a group home. He told WFLA that he would love to be adopted so that he can know what it’s like to be part of a family.

Assisting Murphy is Connie Going, an adoption advocate in Florida who has helped adoptees find placement families for 30 years. The two connected online, through Parent Finder, an organization that employs Going. Parent Finder offers profiles of families willing to adopt. When Going first talked to Murphy on the phone, she says she recognized that he was someone who had “fallen through the cracks.”

Murphy asked Going if she would adopt him, but Going said her family circumstances just wouldn’t allow it. However, she agreed to become his godmother, or “goddie” as he calls her, and she’s now working to help him find a family of his own. And she doesn’t want anyone to be dissuaded by the fact that he has cerebral palsy.

“He’s as independent as he can be. He goes to college, he has jobs,” Going said. “But he lives in a group home. A family to advocate for him that just loves him and has his best interests is all he wanted. And I thought, ‘oh, we can make this happen.'”

To help make Murphy’s dream come true, Going worked with the organization One Simple Wish to create a video about Murphy for prospective adoptive families to see. The video shows Murphy’s 29th birthday party — something he’d never been able to experience before. Murphy also speaks in the video about his desire, explaining that his mother was a drug addict and his family never showed him love. As a young boy, he was raised by his grandmother, but after her passing, he went into the foster care system and was placed in a group home setting, where he’s been ever since.

Both Going and Murphy are hopeful that the right family is out there ready to adopt Murphy. “Yes, families have their ups and downs, but I want to get together with a family and have family reunions, stuff like that,” he said. “I want to get to know what a real family looks like. It’s upsetting to me that I’ve been in a group home my whole entire life and these people [are] just getting paid to take care of me. And it’s not cool. I deserve better [than] that.”