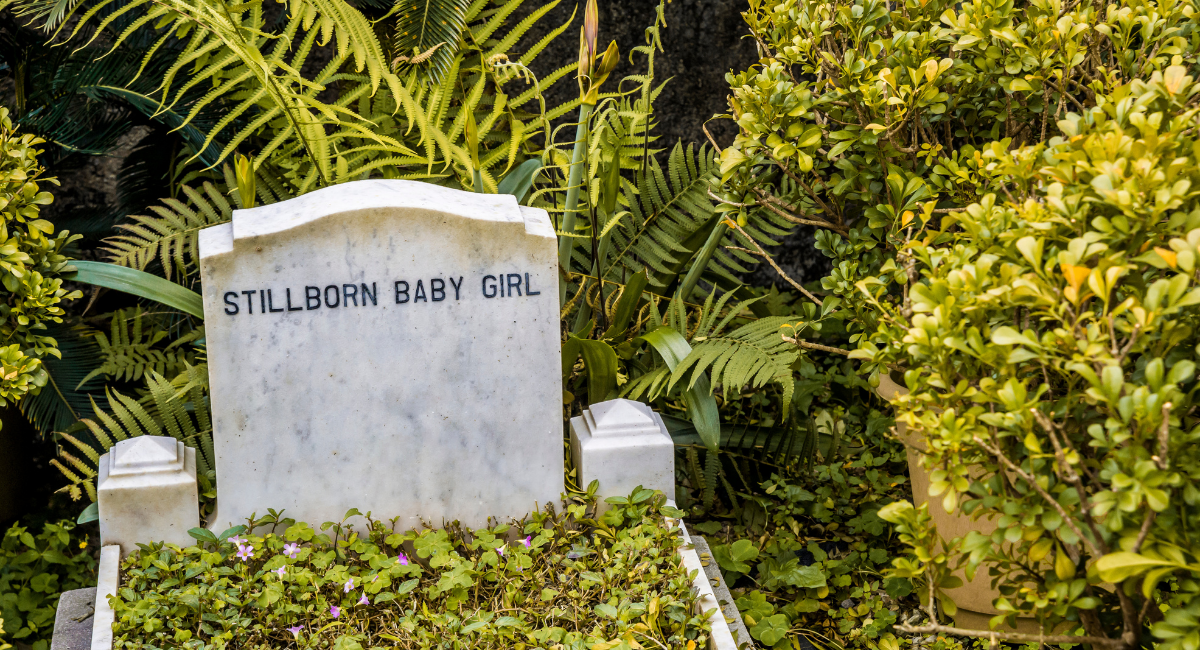 For Nathan and Mollie Verdier of Ohio, pregnancy loss is personal. In September of 2018, they lost their daughter, Morgan, to miscarriage. A year later, they lost their son Marion, one of triplets, in January of 2019. Their grieving process was complicated by the loneliness they felt navigating the funeral and burial process for preborn children, essentially without outside guidance. They experienced logistical difficulties in retrieving their children’s remains from the hospital, as well as unanticipated financial expenses in the process of securing a final resting place for each baby.

Now, they’re striving to ensure that no other family suffering pregnancy loss walks alone, by creating a cemetery specifically for children lost to miscarriage, stillbirth, or abortion. On March 5th, 2022, they broke ground on Morgan’s Place Cemetery in Shelby County, Ohio.

The cemetery is one physical component of a wraparound program the Verdiers seek to provide, drawing from lessons they learned the hard way. Many hospitals, for example, do not release the bodies of children under 20 weeks gestation without special permission. In the Verdiers’ case, they only obtained Morgan’s remains with the direct intervention of their doctor. And while they had just experienced the unthinkable, they learned that they were personally responsible for coordinating funeral home services, since cemeteries or local governments may have regulations about burial that require working with a funeral home. Verdier commented, “There’s nothing harder than to call a funeral home and ask them to pick your baby up.”

The Verdiers also found out that burial plots in a cemetery, even for a child, can cost as much as $1,000, while funeral home services — and costs — are separate from cemetery costs. In response to the costs and physical needs of families grieving pregnancy loss, Morgan’s Place Cemetery will sit on 2.5 acres of the Verdiers’ own land, and will hold 4,160 plots. The second phase of construction will include the building of a chapel for funeral services, and a meeting room for families to make funeral arrangements. All of these services, including coordination with the funeral home, grief support, caskets, and burial gowns, will be provided free of charge, thanks to generous donors and partnerships with local funeral homes and others. Bereaved families will only have the cost of a $100-150 grave marker, though the Verdiers hope to someday cover even that cost with donor funding.

“And so, all these different services that are coming to us, really, are actually burdens we had on us, but … for some people these aren’t burdens, they’re like, part of their grieving process, you know, their way to heaven,” Mollie said. “A grandfather might want to make his grandchild’s casket, but if they don’t, then we can take that burden off of them.”

The Verdiers hope that their experiences can bless other families, since “[t]hose who leave the hospital with empty arms, suffer a loss so unique and so hidden. It’s a love story really, but it takes some time to be able to share.” Mollie wrote on the Morgan’s Place website, “Now I choose to share my love story of my babies, not for pity, likes or comments of sympathy, but because they deserve to be acknowledged. They are my babies. The picture I hold in my mind of my beautiful family includes not only my [nine living] children that run, but also the two that fly.”