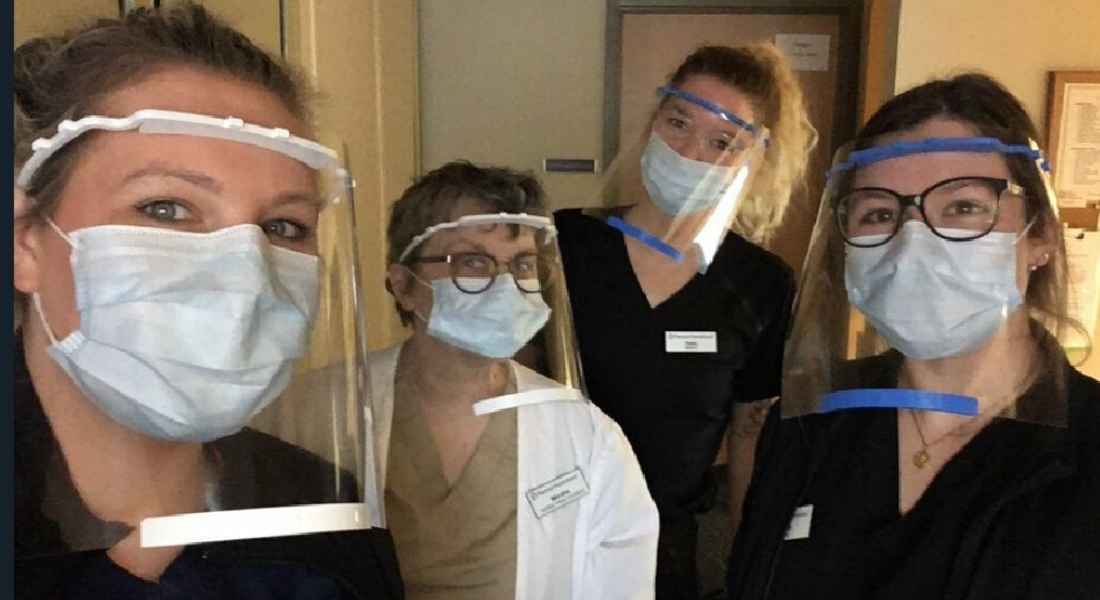 (Life Site News) – An ostensibly-Catholic university in Wisconsin is under fire for a since-deleted tweet proudly displaying a student’s service at a “health clinic” that was actually an abortion facility.

“Why we stay home,” reads the Saturday tweet from Marquette University, which has since been deleted but can be seen below via screenshot. It features a photo of a Marquette graduate “working with colleagues in a health clinic in downtown Milwaukee,” plus the hashtags #BeTheDifference and #WeAreMarquette.

The photo shows four women, all wearing face masks. At first glance, the tweet seems to imply that the student is helping COVID-19 treatment efforts, but upon closer inspection, a jacket logo identifies the “health clinic” as a Planned Parenthood facility:

Marquette University removed this from its twitter feed, but thankfully it's been preserved. They were happy that a student is working at a "health clinic" (during Easter week!) that is actually abortion clinic in downtown Milwaukee. We won't forget. An abomination. pic.twitter.com/cyXrepGUtz

Marquette subsequently deleted the tweet without comment on the conflict between abortion and the school’s official religious identity. Its website claims that a “Catholic and Jesuit education at Marquette is marked by the active intersection of the Gospel with culture and the intellect, as well as a deep commitment to the well-being of the whole human family.”

The tweet was met with disgust across social media:

Totally disgraceful. Pics in an abortion mill. You have to be really skipping the main courses to be that bad of a Cafeteria Catholic cc:@LSNCatholic @EWTN @LilaGraceRose

To all my MU friends….Marquette University now supporting Planned Parenthood in Milwaukee. Not the Marquette I graduated from. https://t.co/X6DNmMCa09

I see that Marquette University is praising Planned Parenthood interns and NCR is patting the back of a boomer for ratting out a TLM. I guess the wolves within the Church haven’t been locked down (while the shepherds have been).

Tag line: "Killing babies without getting any on us."

“Christian universities have a unique mission to ensure their students understand and fight for the dignity of the preborn and the sanctity of human life,” responded Students for Life president Kristan Hawkins. “Marquette should be ashamed of itself for promoting Planned Parenthood and for thinking that they should be proud that a student works for the nation’s largest abortion vendor.”

Critics say that Marquette has fallen far short of its creed for years, from catering to transgender bathroom demands to suspending a professor for defending a pro-natural-marriage student’s speech (while only lightly punishing students who vandalized a pro-life display).

“I wanted to be a part of a community of learners that pushed boundaries, yet still held the values of the Catholic Church in high regard,” former Marquette student Zachary Petrizzo wrote in 2018. “After one year at the institution, however, I have discovered that Marquette is anything but a Jesuit and Catholic university. There is no acceptance of conservative thoughts, let alone ‘diversity of thought,’ and opinions that I support are frequently shut down in the classrooms.”

“At one point, several professors hung Planned Parenthood signs on their office doors, yet the same administrators who are always quick to warn students against ‘microaggressions’ still have not even issued a statement affirming the school’s pro-life values,” Petrizzo lamented.