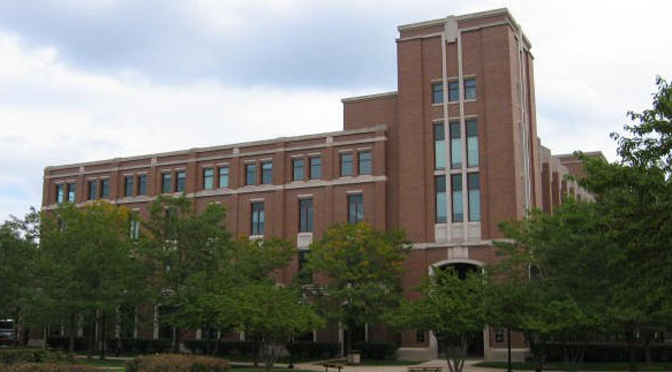 Pro-life Catholics are in an uproar over revelations that DePaul University of Chicago, Illinois, has been encouraging students to volunteer with Planned Parenthood.

DePaul, the largest Catholic college in the United States, listed the abortion giant as a legitimate “civic volunteering” option on the web pages for both its Career Center and College of Science and Health, despite the fact that the institution’s Catholic identity statement declares a “corporate responsibility to remain faithful to the Catholic message drawn from authentic religious sources both traditional and contemporary.”

In response, TFP Student Action, an organization of socially conservative and Christian college students, has launched a petition calling on the university’s president, Fr. Dennis H. Holtschneider, to remove the listings. “How,” they ask, “can a Catholic university suggest that its students ‘volunteer’ to help Planned Parenthood, the abortion provider that routinely offends God so gravely?”

The petition may have already gotten results—as of the time of this writing, DePaul’s CSH page no longer lists Planned Parenthood, though the Career Center’s list is unavailable.

In 2014, TFP Student Action also criticized DePaul University for inviting Supreme Court Justice Stephen Breyer, who voted to uphold partial-birth abortion, to deliver an address on campus. The year before, Live Action reported that the ostensibly-Catholic university punished a pro-life student for publishing a report which contained the names of thirteen students who vandalized a pro-life display.