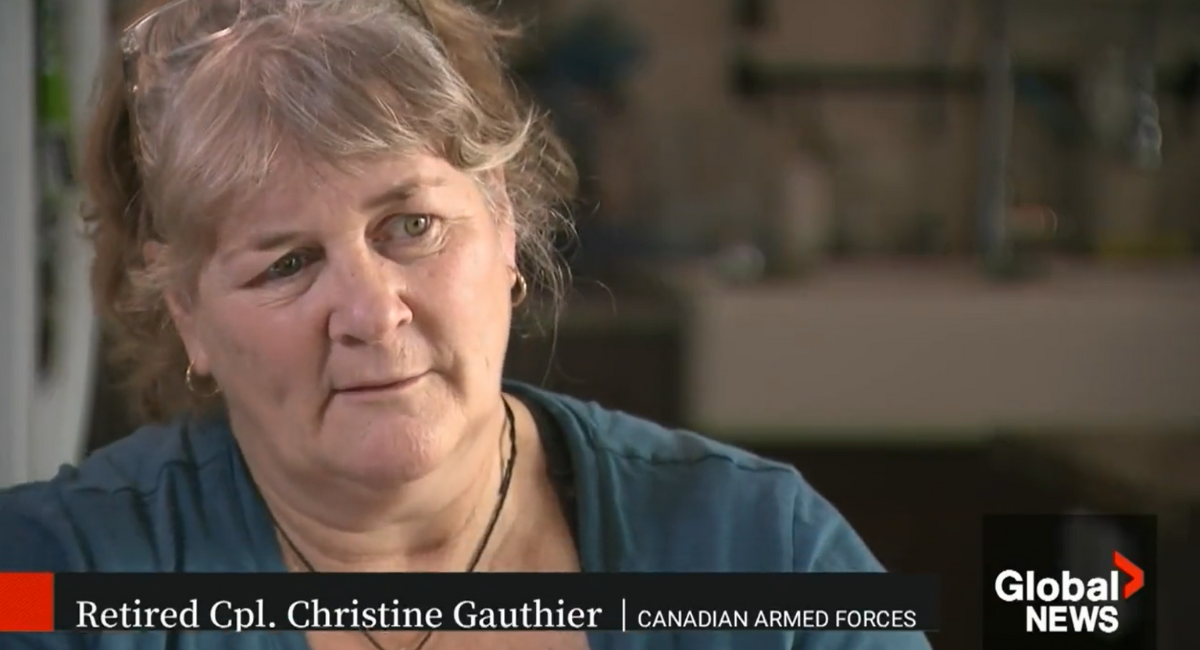 A veteran and Paralympian asked the Canadian government for help in making her home more accessible. Instead, she was offered the chance to die.

Christine Gauthier, a retired corporal in the Canadian military, recently testified that the Department of Veterans Affairs offered her in writing the “opportunity” to undergo euthanasia. Gauthier had also competed in the 2016 Rio de Janeiro Paralympics and in the Invictus Games. All she had asked for was a wheelchair ramp.

“With respect to me, I have a letter in my file, because I had to face that as well,” said Gauthier, referring to the debate about veterans being offered the option of medical assistance in dying (MAiD). She told the Canadian Broadcasting Corporation (CBC), “I sent a letter to Prime Minister Trudeau and that they [Veterans Affairs] offered me MAID and would supply equipment.”

My piece for @GlobalNational on former Paralympian and retired corporal Christine Gauthier, who says a Veterans Affairs Canada case manager offered her a medically-assisted death in 2019. https://t.co/KFpDVYeogK

She explained more in a follow-up interview.

“I have a letter saying that if you’re so desperate, madam, we can offer you MAiD, medical assistance in dying,” Gauthier said. “I was like, ‘I can’t believe that you will… give me an injection to help me die, but you will not give me the tools I need to help me live.’ It was really shocking to hear that kind of comment.”

The incident allegedly happened in 2019, far predating the current controversies surrounding Canada’s MAiD program. In recent testimony, Veterans Minister Lawrence MacAulay admitted Gauthier is not the only veteran to have been offered euthanasia. Nevertheless, he still denied it is a widespread issue, saying, “We remain confident that this is all related to one single employee.”

Another veteran who testified, Bruce Moncur, told the CBC he doesn’t put much stock in what MacAuley said, as just two weeks ago, a deputy minister told a group of veterans that this was an isolated incident.

“Five days later, we found out through the media that that was all lies,” he said. “So we’re having, literally, an assistant deputy minister lying to veterans’ faces five days before the truth comes out. So, I said, it’s disheartening to say the least.”

Prime Minister Justin Trudeau said he was horrified at what Gauthier and other veterans have experienced. “I have said repeatedly that this is absolutely unacceptable, and as soon as we heard about this, we took action,” he said. “We are following up with investigations. and we are changing protocols to ensure what should seem obvious to all of us: that it is not the place of Veterans Affairs Canada (VAC), who are there to support those people who stepped up to serve their country, to offer them medical assistance in dying.”

Despite Trudeau’s words, the state of assisted suicide in Canada has caused shock and controversy around the world, as people are increasingly coming forward with stories of being offered MAiD simply for issues of poverty and disability.