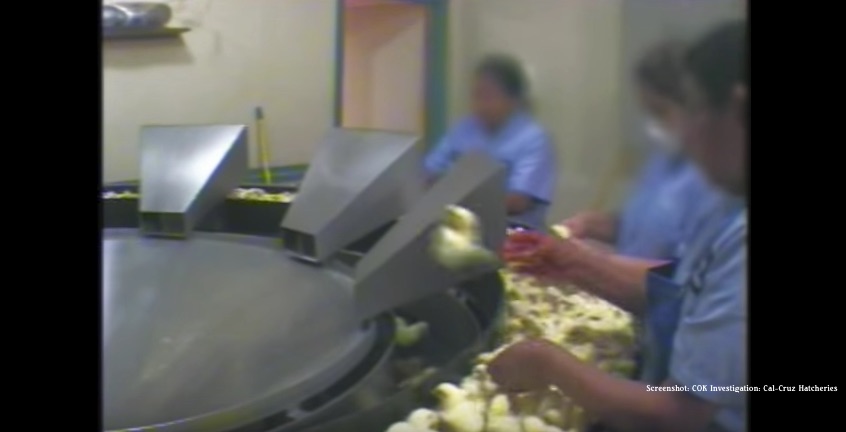 But rather than investigate Planned Parenthood, California government officials chose to go after the whistleblowers. The felony charges against Daleiden and Merritt are for supposed “invasion of privacy,” even though the conversations recorded were not confidential, something Planned Parenthood president and CEO Cecile Richards herself admitted during her testimony before Congress shortly after the CMP videos broke in 2015.

“The right to privacy is a cornerstone of California’s Constitution, and a right that is foundational in a free democratic society,” Becerra said in a statement. “We will not tolerate the criminal recording of confidential conversations.”

A California animal rights group, Mercy for Animals, shot undercover video of animal abuse at Foster Farms. The video showed chickens being slammed into metal shackles, punched, and having their feathers pulled out. Footage also showed live chickens being thrown onto the ground and chickens being boiled – according to Mercy for Animals, boiled alive. The group released videos over the course of two years, first in 2014 and then again in 2015. In each instance, government officials investigated the farms in question.

Um, hi, California. So, you can take undercover video of people who abuse chickens but not people who kill babies?https://t.co/qIHQcL973v

No charges were ever filed against Mercy for Animals for invasion of privacy, something Matt Rice, executive vice president of communications at Mercy for Animals, told The Federalist. Likewise, another animal rights group, Compassion Over Killing, has filmed undercover videos exposing animal rights abuses in California, and Jennifer Mishler, communications manager for Compassion Over Killing (COK), also said California has never filed criminal charges against them, either.

What is the difference between what these animal rights groups did and what the Center for Medical Progress did? A COK investigator posed as an employee to secretly film how chicks and ducklings were being abused at a Santa Cruz hatchery. The investigator also included real hatchery employees in the video. COK’s tactics are remarkably similar to those employed by Daleiden and Merritt, who posed as fetal body parts sellers at national abortion conferences. Yet it’s only when the target of the undercover investigation is America’s largest abortion chain that California officials seem to have a problem with it.

This is quite clearly a witch hunt against a pro-life group of citizen-journalists. The problem is not that Daleiden and Merritt engaged in undercover journalism; it’s that they exposed Planned Parenthood’s criminal behavior. Lawmakers can’t decide to punish journalists only when they dislike the content of the undercover journalism. California is one of the most pro-abortion states in the country, and Becerra has personally received donations from Planned Parenthood. This prosecution of Daleiden and Merritt is a simple – and incredibly biased – case of state officials doing what they can to protect Planned Parenthood.

This kind of government action puts the future of real undercover journalism in danger, and all journalists should have a major problem with it.