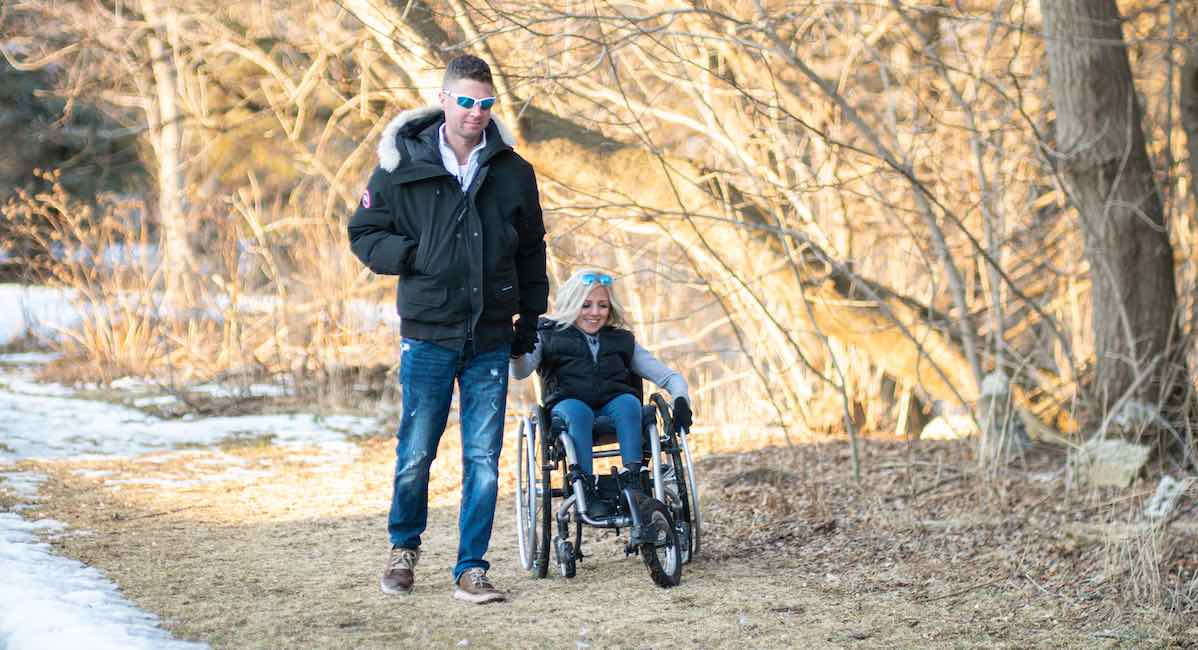 In a recent episode of Born Different, Kristin Victoria and her husband Mark shared what living with osteogenesis imperfecta – commonly known as brittle bone disease – is like for them as a couple. And from their perspective, life looks pretty good.

“I have heard people say, ‘If I was in your position, I would kill myself,'” said Victoria. It’s an attitude that clearly frustrates her because she loves her life and is proud of her accomplishments. Yet society still fails to view her life as normal or even worthy.

As a baby, Victoria would break a bone on a weekly basis, and heal just as quickly, her mother explained. “It was a good thing that you had a doctor like Dr. Mosley,” she told Victoria in the video, “because when I was bringing you home from the hospital I was asking him, ‘What am I gonna have to do? What should I do?’ And he says, ‘Just treat her normal. Just let her be.’ And I thought, ‘How can I treat her normal when she’s got such fragile brittle bones?’ And he says ‘No matter what happens she’s going to break. The more you stop her from doing things the more difficult life is going to be for her. Just let her be. Let her do things and take the breaks as they come.'”

It was advice her mother took. Victoria had a happy childhood, and said that even though she has fractured and broken more bones than she can count and that a simple sneeze would break a rib as a child, the good thing is that the pain is “always temporary” and she always heals. Victoria also has scoliosis and said she has had many surgeries, leaving her “full of metal rods” that help strengthen her bones.

She and her husband Mark love to travel and have been to countries like Thailand, Africa, Costa Rica, and Italy, just to name a few. However, when they are out in public, people rarely suspect that Mark could be her husband.

“We have had comments where people will refer to Mark as my caregiver,” she explained. “They don’t necessarily assume that he’s my husband.”

She added, “I’m happy with who I am. My disability has shaped my life definitely and my life is good but it’s these other things in society that make it challenging. If I’m out with Mark people often refer to him as my brother or like a blood relative, ya know, rather than my husband, because unfortunately people still don’t see people with disabilities, people in wheelchairs, having these meaningful relationships or getting married. Unfortunately, that’s still a concept that people just don’t put together.”

Mark said that he does largely the same things any other partner would do. “When people talk to me and congratulate me on looking past Kristin’s disabilities, I think that they’re kind of missing the point. It’s not that its to see past a disability. [It’s] that you’re accepting somebody for who they are.”

Victoria said that some people might think that she has a miserable life. “People will say to me that ‘If I was in your position I don’t know how I could do it.’ I think it’s important to spread the message that things aren’t always what they think they are.”

Victoria is planning to start an accessibility travel blog to chronicle the adventures she takes as she checks them off the couple’s bucket list of trips.

“It is definitely not miserable living with this condition,” she said. “I have had a lot of fractures. I have spent a lot of time in hospitals but if anything that’s just given me a unique perspective on life.”