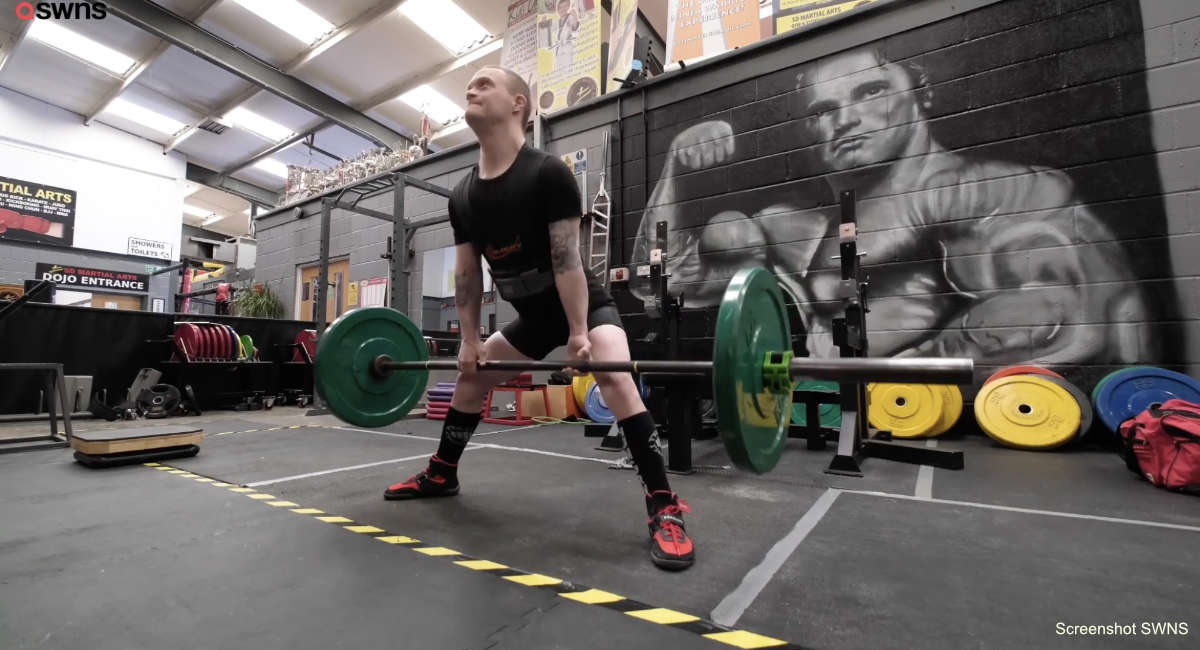 A British man with Down syndrome and autism is defying the odds and has become a champion powerlifter, despite the fact that doctors predicted he would never achieve anything. Dan McGauley, 31, is a three-time gold medalist in Commonwealth powerlifting and the reigning world champion in his weight class.

Dan is also deaf in one ear and has undergone open-heart surgery — twice.

Dan’s mother, Judith, said that he’s gone through a lot. “He’s had a lot of setbacks. The doctors said he wouldn’t survive another round of open-heart surgery,” she explained. “He’s been in a wheelchair, and he’s had 40-odd operations on his ears.”

But if doctors had been correct, Dan never would have made it as far as he has in the first place.

“We were told he wouldn’t walk, he wouldn’t talk. He wouldn’t go to school, he wouldn’t achieve anything. They didn’t want to do his heart surgery because they said he’d never make any valuable contribution to society,” said Judith.

Judith proudly explained that her son has proved everyone wrong. “He has represented his country on umpteen occasions. We’re thankful that people have given him the chance to do this. Every competition he goes to is supported by people all over the world.”

Judith said that Dan started training at the gym years ago because he was overweight due to his time spent in a wheelchair. At first, she tried to keep him away from the weights, but he felt drawn to them. Luckily, they found a coach who recognized Dan’s potential and was willing to work with Dan to get him where he is today.

“Dan has to work twice as hard as able-bodied lifters,” Judith explained. “He trains three times a week and has personal training sessions on Saturday and Sunday.”

She also noted that Dan doesn’t get any exceptions because of his disabilities.

“The bar doesn’t know whether it’s you, me or anybody else with a disability,” she said. “He’s got to obey the same rules as everybody else, which is one good thing about this sport that everybody follows the same rules. They don’t make any allowance just because it’s Dan.”

Now, the man who doctors predicted would never achieve anything is looking to earn a fourth gold medal in Australia this year. “We are very, very proud,” said Judith. “We can only go so far with him, but the rest of it, he’s got to do.”