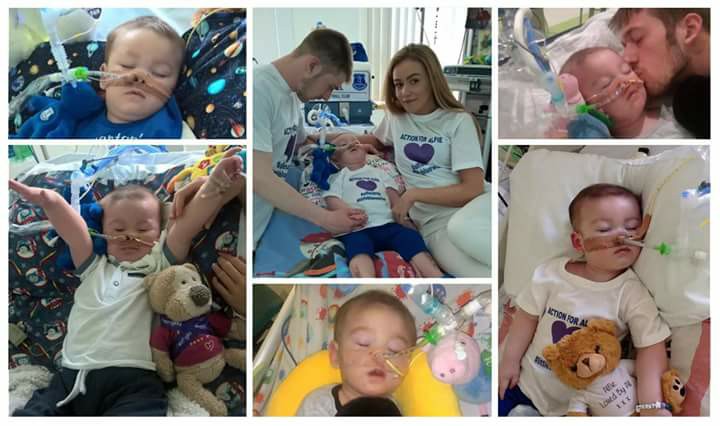 The world watched in horror as Charlie Gard’s parents had their ability to make medical decisions forcibly taken away from them at the hands of the British government. Charlie was initially diagnosed with a rare RRM2B mitochondrial depletion syndrome, and his parents raised over $1.5 million for his care, hoping to take him to the United States to receive experimental treatment. This set off multiple court battles, as the Great Ormond Street Hospital and the British government repeatedly refused to allow them to seek care outside of the country. Charlie’s life support was ultimately removed, against his parents’ will, and he died last year.

Then the same situation happened again, this time with Alfie Evans. Unlike Charlie, Alfie still does not have a definitive diagnosis, but because his condition seems unlikely to improve — meaning that Alfie will be severely disabled for his entire life, if he does not die soon — staff at Alder Hey Hospital, along with the British government, seemingly want him dead. Alfie’s parents want to take their son to Bambino Gesu Hospital in Rome, where doctors are willing to treat Alfie with palliative care, and they also had air ambulance companies standing by to safely transport him. But it did not matter; Alfie’s parents lost appeal after appeal as judges ruled that there was no point in allowing Alife to continue living. Alfie’s life support was removed, but he has not died quickly as expected; instead, he’s been breathing independently for several days now. Astonishingly, hospital staff cruelly refused Alfie oxygen, food, and water for well over 24 hours, perhaps in the expectation that the toddler would not survive long.

Alfie’s case has, like Charlie’s, sparked international outrage. Now, a British MP is stepping in with a new proposal, which he calls “Alfie’s Law,” to ensure that no family has to go through such a horrific situation again.

MP Steve Woolfe announced his plan on Facebook, citing Alfie and Charlie’s cases, along with a boy named Aysha King, whose parents took him to the Czech Republic for proton beam therapy, and were “hunted across Europe” for it. Ashya is now in remission.

Woolfe launched his campaign outside the Houses of Parliament, calling for parents to have their right to make medical decisions for their children restored in the United Kingdom. “The cases of Charlie Gard, Aysha King, and now Alfie Evans, show a dangerous trend of public bodies depriving parents and families of the right to make decisions they believe are in the best interests of their children,” he said during a press conference. “Parents’ rights should neither be ignored nor dismissed as irrelevant by hospitals and courts, who believe they know best and have the power, money and resources to overwhelm families who simply want to save their child.”

“We demand a change in the law to restore the rights of parents in such decisions. All parents should be allowed an independent advocate to defend their case with the right legal and medical expertise and financial equality of arms,” he continued. “Now is the time to act. We cannot have another baby, another family, have to go through the struggle and torment the Evans family have. It’s time for Alfie’s Law.”