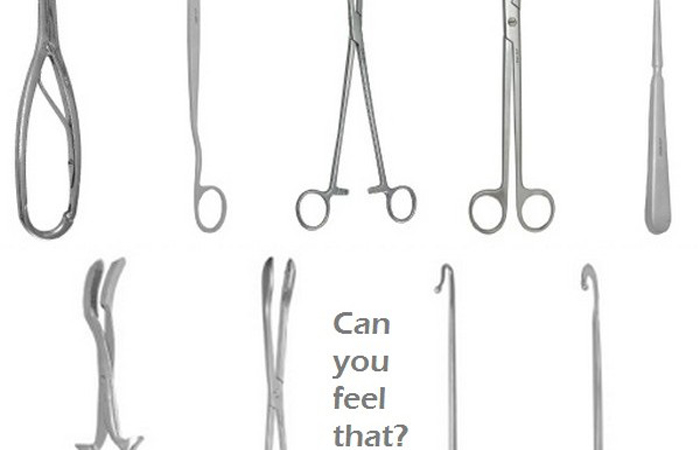 The British publication The Guardian just published an article entitled, “Being an abortion doctor has taught me a lot about life.” In the article, a British abortionist explained how happy she is to be doing abortions. Right after mentioning the blisters on her “operating” hand caused by the friction of the forceps as she tears apart late late-term preborn children, she says:

I can’t say this is exactly what I had in mind when I was 17 and writing my Ucas application, full of idealism and pride to be applying for such a noble profession. Probably not what my parents were thinking of either – it doesn’t make for great dinner party conversation having an abortion doctor for a daughter.

Yet she does not allow the stigma of being in abortionist to stop her. Although she acknowledges that she hasn’t found her training “emotionally easy,” she has no regrets. She says:

I have performed 21 abortions today, ending pregnancies in women ageing from 16 to 44, who have travelled [sic] from as far as Northern Ireland to regain control over their own bodies.

An abortionist doing 20 or more abortions a day can kill many thousands of babies in his or her lifetime. And since so few doctors are willing to perform abortions, the conversion of even one abortionist can have huge ramifications.

The pro-life group And Then There Were None reaches out to abortion doctors and clinic workers. So far they have been instrumental in convincing six abortionists to leave the abortion business permanently.  Outreach to abortion providers, when done with compassion, can have a huge impact. But this particular abortionist seems beyond that kind of intervention.

I have heard 21 stories of 21 difficult decisions, some agonising [sic], others more straightforward, but not one of them taken lightly.

While it is no doubt true that many, even most, women do not take the abortion decision lightly, there are some who seem to. In one article about a late-term abortionist, one abortion patient reveals that she had an abortion because if she were pregnant, she wouldn’t fit into her wedding dress. In the same article, another patient, who “keeps forgetting to take her birth control pills” says  “Abortion is a bummer…but no big stress.”

The abortionist reveals that one woman that day changed her mind on the operating table.  According to a study that appeared in the Medical Science Monitor, only 28 percent of American women surveyed said they were completely sure about having an abortion when they arrived at the clinic (1).  The rest claimed at least some level of ambivalence. In another survey of women after their abortions, between 40 to 60 percent claimed they had been unsure of their decision when they arrived at the clinic.

In the second survey, questions were asked of women who were involved in post-abortion recovery groups, so the sample consisted of women who regretted their abortions. If the questions were asked of a more diverse sample of women (including those who claimed no regret), it is unknown whether the results would be the same. Nevertheless, these surveys reveal that there are definitely some ambivalent women, and sidewalk counseling might be able to reach them.

In the Guardian article, the abortionist says:

I have carefully sieved through aspirate to identify the tiny translucent jelly-fish-like gestation sac at five weeks. I have painstakingly removed a foetus part by part at 23 weeks and watched the ultrasound image of the uterus shrink back to size.

The procedure this abortionist is describing is a D&E, where the fully developed baby is torn apart with forceps. You can see diagram of a D&E below. When seeing such an abortion on ultrasound, the abortionist would witness the baby trying to get away from the forceps, and reacting in agony as each limb is torn off one at a time. It is hard to imagine the level of callousness it would take witness see such a thing with no emotion. Yet this abortionist remains unmoved.

Even at five weeks, the preborn baby has a heart, which is beating between 105 and 121 times a minute. He or she has a brain that is already divided into two hemispheres. The liver and kidneys are present and the lungs have begun to develop.

The abortionist goes on to say:

The staff in the clinic show boundless compassion. They strike the perfect balance of being sensitive to the enormity of the situation for each individual while not making too big a deal of it.

Why make a big deal out of killing a baby? The clinic workers may seem compassionate to the women, but they definitely are not compassionate to their preborn children. One could question whether the clinic workers are really showing “compassion” for the women anyway— women who have abortions have a much higher rate of depression and psychiatric hospitalizations, and are six to seven times more likely to commit suicide than women who have not.  Abortion is not really compassionate for women, either.

The abortionist then says:

As I leave clinic, I actually feel slightly elated from the work – I have learnt skills far beyond my expectations and I feel gratified to have been involved in helping women out in a vulnerable and sometimes desperate time. … As long as unplanned pregnancy exists, we need to help women in this unfortunate situation, not harass them. Abortion can improve life and prevent harm; pro-choice, to me, does not mean anti-life.

Whose life is “improved?” Certainly not the baby’s. It is hard to understand how this “elated’ doctor can say that abortion is not “anti-life’ when she has, only a few hours before, torn apart a baby limb from limb, and pulled arms and legs out of a woman’s body to place in a stack on the table. One would think seeing dismembered body parts would not make a normal person feel “elated.” She is obviously completely hardened to the suffering of the preborn babies she aborted.

After leaving 21 preborn babies dead and 21 women scarred, this “elated’ abortionist goes home to enjoy a glass of wine. She has done her day’s work and is happy.

This is the sad reality of abortion and the people who perform them.