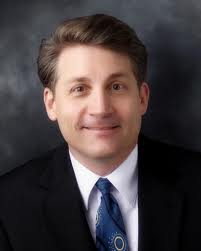 The host of the Emmy award-winning pro-life television series, Facing Life Head-On, will receive the National Pro-Life Recognition Award at the 2014 March for Life. Brad Mattes, CEO of the Life Issues Institute, will be presented with the award by the National Pro-Life Religious Council during the 20th annual National Memorial for the Preborn and their Mothers and Fathers on January 22 in the DAR Constitution Hall in Washington, D.C.

Handpicked by Life Issues Institute founder Dr. Jack Willke to continue the institute’s pro-life work, Mattes not only hosts and produces Facing Life Head-On, but also hosts Life Issues, a daily radio commentary, and is the president of the International Right to Life Federation. He is also an international speaker and lecturer on abortion and right to life issues, as well as a men’s post-abortion counselor.

Father Frank Pavone, the National Director of Priests for Life and the President of the National Pro-Life Religious Council, strongly supports Mattes as the recipient saying, “He has devoted his life to making sure the truth about abortion is known throughout the country and across the globe.”

Facing Life Head-On is available in 100 million homes in the United States and Canada, and has received multiple regional Emmy awards as well as a Telly Award. The show covers topics including helping to teen moms, and providing love for the downtrodden of Ethiopia. It also highlights dedicated pro-life politicians and medical personal.

Mattes says that he greatly admires the National Pro-Life Religious Council because they “walk in their faith” something so many other religious leaders have struggled with in today’s society. He says:

The National Pro-Life Religious Council is often ‘a voice of one calling in the wilderness,’ working to counter a moral and ethical vacuum in society. I’m honored to be the 2014 recipient of their National Pro-life Recognition Award, and I’m blessed to serve alongside them.

The National Memorial brings together hundreds of interdenominational clergy to pray for an end to abortion and for a revival of a culture of life in the world. The event is free and is open to the public. For more information, visit NationalPrayerService.com.