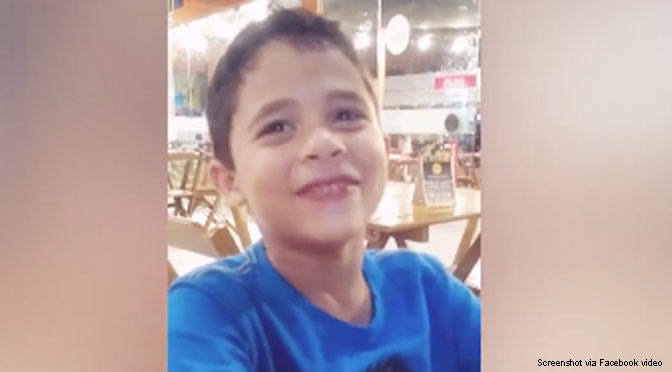 A video of a young boy discovering he is a big brother to not one, but two preborn baby siblings has gone viral. In the video, the little boy is overcome with emotion as his father tells him the good news. The memorable moment has been viewed over two million times.

The boy holds a phone with what must be an image of an ultrasound.  His father asks him if he knows what it is. The boy says, “You can see the baby’s face.” Then his father tells him it’s his brother.

“There are two,” responds the father.

This little boy had always wanted a brother or sister, so when his father gave him the news that he was having not one, but two siblings, he becomes overwhelmed with the idea.

After he absorbs the news, the boy’s joy cannot be contained. He covers his face with his hand and begins to smile through tears. Soon he is sobbing.

“Look at this little heart,” says the father.

When the father says again that there are two babies, his young son asks, “Twins?” then begins to laugh after his father’s confirmation. It is obvious he is thrilled at the news, and millions of people have loved watching his precious elation.

The humanity of his little brothers, seen on a sonogram, was instantly obvious to this young boy. Like him, many others have witnessed the wonder of the humanity of preborn children in the womb, thanks to ultrasound technology. Unfortunately, organizations like Planned Parenthood oppose laws that require women to simply be given the choice of viewing their ultrasounds — which are already routinely done to date the gestational age and to rule out ectopic pregnancy prior to abortion — before deciding on abortion.  Ultrasound saves lives — up to 78% of women considering abortion change their minds after viewing sonograms of their children.

Life in the womb is a celebratory event, and each child should be welcomed as joyfully as this young boy has done for his new brothers. Congratulations to the whole family!