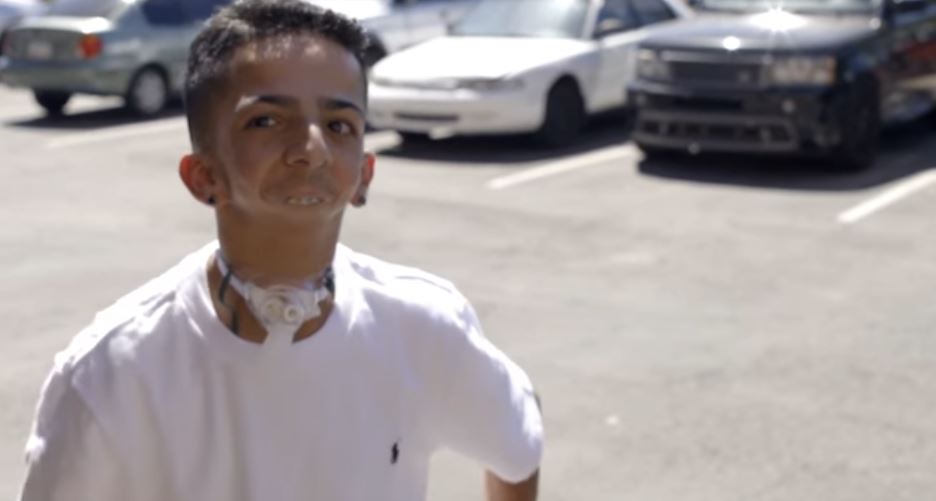 “I mean every day that we wake up we’re lucky that he’s here,” Tarah explained in a video about her son Isaiah. Born with no way for oxygen to get into his body, Isaiah’s parents were told that they needed to make a choice to fight for his life or let him die. They chose life for their son.

“Everything in his body is a mirror image, flipped backwards. His stomach, his heart, I mean everything,” said Tarah. “Isaiah was born with no jaw, so right at birth we had to make a decision whether we wanted to save him and take the chance. I was told that he wasn’t going to walk, talk, pretty much be bed bound.”

Today, Isaiah is 17-years-old and uses gestures and his phone to communicate with family and friends. He is able to walk, uses a tracheostomy tube to breathe, and he eats through a feeding tube. He attends school, he volunteers in the community, and he writes raps.

“Isaiah comes to school every day, energetic, ready to interact. He wraps our community together. He ties it together,” said his favorite teacher, Chris. “People want to know his story. They want to be around him. Isaiah’s a genuine human being.”

His school principal calls him a go-getter, saying he is constantly helping with the Children’s Hospital and anything you ask him to help with.

While Isaiah has been offered a jaw, he knows that it wouldn’t change his quality of life. He would still have the trach and still be unable to eat or talk, so he has refused it repeatedly.

“I know he has so much locked up in there that he wants to say,” said his mother. “I mean he’ll walk around the house making beats in the car, on the table. And I know it’s just some of the words that he wants to get out.”

Trap House, a rapper in the Southwest, wants to be the voice for Isaiah’s first song. They worked together in the studio to create the song, Oxygen to Fly. It’s about overcoming his struggles.

“He’s got a voice with a pencil. I mean, I read just a couple of lines, and I teared up,” said his father Sergio. “So I know what he wrote is gonna impact a lot of people.”