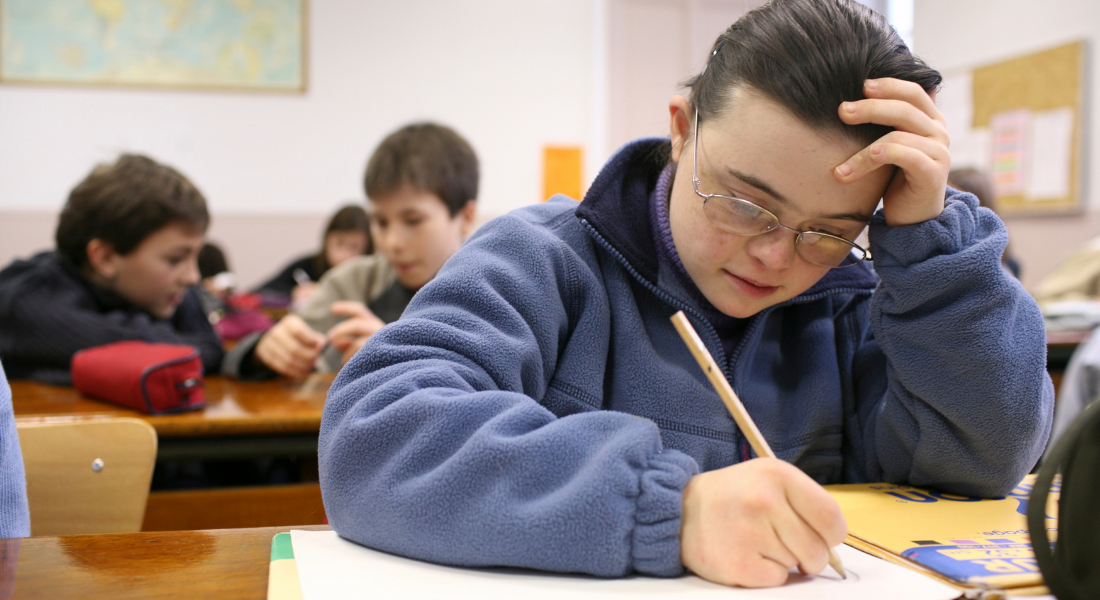 A new book aims to help educate and empower children on how to interact with people who have disabilities. Amanda Owen and Ashley Wedding, executive director and public relations director for Puzzle Pieces, a Kentucky non-profit that serves people with intellectual disabilities, teamed up to write “Owen the Wonderer and the New Kid in Class,” which was released on World Down Syndrome Day.

On her website, Owen said the book is meant to encourage children’s healthy curiosity about people who are different. Instead of teaching children that it’s rude to stare and to help keep them from feeling tongue-tied when they ask questions, Owen and Wedding wanted to give parents and educators the tools to have conversations with their children about disabilities, which will then lead to greater acceptance and respect.

The book centers around Owen, a young student who is curious about a new student named McKenzie, who has Down syndrome. Through the story, children learn the right questions to ask. The end of the book includes guided discussion questions for parents and teachers, such as how they can help include others who are different.

“One of the things that I’ve always said, and I discovered this even with children — it’s not that we, as individuals, don’t want to include or interact with those with disabilities. I think it comes down to we don’t know how,” Owen told the Associated Press. “That was kind of the direction and storyline of this book, is that the main character, Owen, becomes that curious person that asks those questions that probably everybody has but don’t feel comfortable asking.”

The main character, Owen, was inspired by Wedding’s son, and McKenzie was inspired by one of their Puzzle Pieces clients. The goal is to open up communication and encourage greater inclusion.

People in the disability community have been increasingly working to erase the stigma surrounding disability in recent years. A recently published Australian portrait book shows the positive side of Down syndrome and shows parents that a disability doesn’t make abortion necessary. Yet many women are made to feel that disability is something negative, with doctors pressuring them to have abortions. It is understandable to be wary of people who are different, but ultimately, now more than ever, children need to be taught to see the humanity and value of everyone — regardless of their abilities, race, or gender.