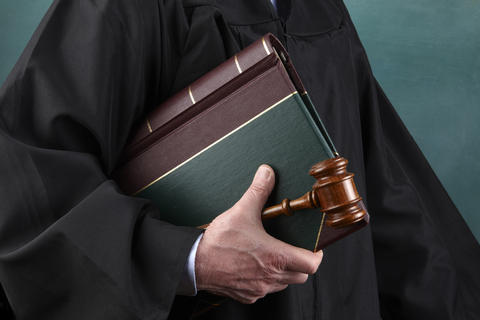 The defense for Mark Houck, a sidewalk counselor who has been charged with violating the FACE Act, revealed shocking evidence in their pretrial hearing.

According to a press release from the Thomas More Society, which is representing Houck, abortion facility escorts are specifically excluded in the FACE Act. Their evidence comes from the late Senator Ted Kennedy, who sponsored the legislation many years ago. The law states that it only applies to those who provide reproductive health services in a facility — and escorts do not.

“The FACE Act was never intended to cover disputes between advocates on the public sidewalks outside of our nation’s abortion clinics,” Peter Breen, Thomas More Society Executive Vice President and Head of Litigation, said. “This new evidence shows clearly that Congress intended to limit the FACE Act to patients and staff working in the clinic, and not to take sides between pro-life and pro-choice counselors and escorts on the sidewalk. The Biden Department of Justice’s prosecution of Mark Houck is pure harassment, meant solely to intimidate our nation’s pro-life sidewalk counselors who provide vital resources to help pregnant women at risk for abortion.”

They noted an exchange between Kennedy and Sen. David Durenberger, where escorts were specifically discussed:

Mr. DURENBERGER. By defining “aggrieved person” in this way, was it your intention to exclude clinic escorts or so-called clinic defenders?

Mr. KENNEDY. That is correct. Demonstrators, clinic defenders, escorts, and other persons not involved in obtaining or providing services in the facility may not bring such a cause of action.

Durenberger further reiterated that the FACE Act does not apply to escorts:

The bill, as currently drafted before us, allows legal relief only to clinic patients and personnel. And this is the critical, if you will – not the only, but the critical – change that has been agreed to by the proponents of this legislation and by the Senator from Massachusetts. We have recognized that Federal law should be extended narrowly to protect only those who were actually attempting to obtain or provide medical or counseling services. It does not protect the escorts.

Houck was a regular sidewalk counselor outside a Philadelphia Planned Parenthood facility, when a facility escort allegedly began verbally attacking his 12-year-old son in October of 2021, making crude, insulting, and inappropriate remarks. Houck is alleged to have repeatedly told the adult male to step away from his son. When the escort failed to do so, Houck reportedly shoved him away.

Local police saw no reason to press charges, and the lawsuit against Houck was dismissed when the escort repeatedly failed to show up for court dates. The Houck family was later traumatized when 15-20 FBI agents with weapons and in full tactical gear appeared at their home early in the morning, and arrested Houck in front of his children.

The Thomas More Society is seeking a dismissal of all charges.