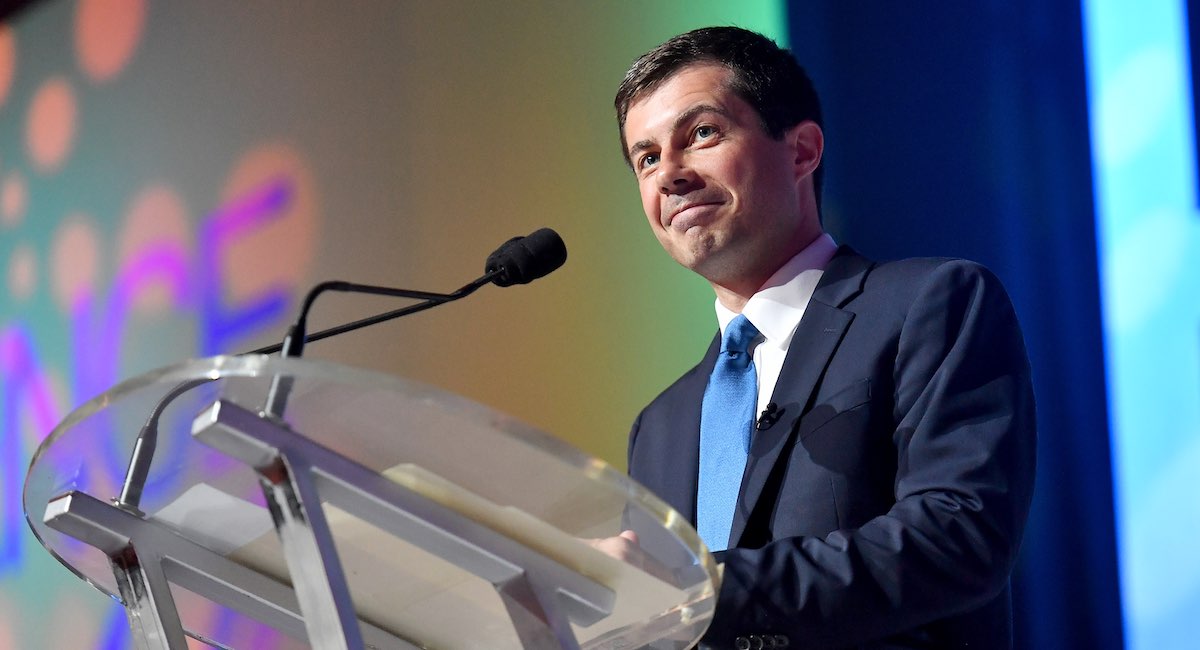 In an interview with “The Breakfast Club” on September 6, presidential candidate Pete Buttigieg attempted to use the Bible to support his pro-abortion stance. “[Pro-life Christians] hold everybody in line with this one, kind of piece of doctrine about abortion, which is obviously a tough issue for a lot of people to think through morally,” said Buttigieg. “Then again, there’s a lot of parts of the Bible that talk about how life begins with breath, and so even that is something that we can interpret differently.”

In the aftermath of Buttigieg’s statement, both a biologist and a pastor have come out to publicly denounce his comments from different perspectives.

Dr. Gerard M. Nadal, a biologist, took to Facebook to teach Buttigieg a thing or two about the first moments of life from a scientific perspective, saying that he accepts “the challenge […] that biblically, ‘breath’ can mean a human’s first breath.”

“Every cell, in every human body, beginning with the very first cell (The Zygote), all the way to one’s cells as a 115 year-old man or woman… BREATHES,” wrote Nadal. “There is a process called… wait for it […] CELLULAR RESPIRATION!!! In this process, oxygen diffuses into the cell and helps to drive the machinery that makes cellular energy.”

Nadal went on to explain further, and in detail, how a preborn child is breathing from the first moment of life. “Even the human being in their first developmental stage breathes oxygen, and releases carbon dioxide,” wrote Nadal. “They breathe. […] That breath just so happens at the same instant as fertilization.”

In addition, at least one pastor has spoken out, saying Buttigieg is also wrong from a theological perspective. Evangelical Pastor Rhyan Glezman, who also happens to be Buttigieg’s brother-in-law, said Buttigieg must stop “weaponizing” Christian teachings to push his pro-abortion agenda, calling Buttigieg’s attempt to use the Bible to defend abortion “outrageous.” 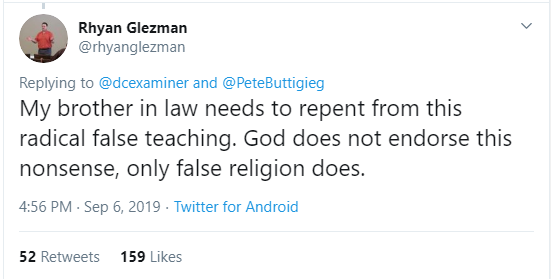 “I feel a sense of responsibility and stewardship of my faith to stand up and say something, to say, ‘No, that’s not true.’ God places a very high value on all human life,” said Glezman. “Everyone is created fearfully and wonderfully in the image of God with intrinsic value.”

On Twitter, Glezman said Buttigieg needs to “repent from this radical false teaching. God does not endorse this nonsense, only false religion does.”

“What we see is a modern-day Pharisee,” said Glezman. “Buttigieg is a person who’s making up their own rules and regulations and, basically, if we don’t celebrate and endorse their interpretation of Scripture, our religion is fallible. And that’s just not true.” 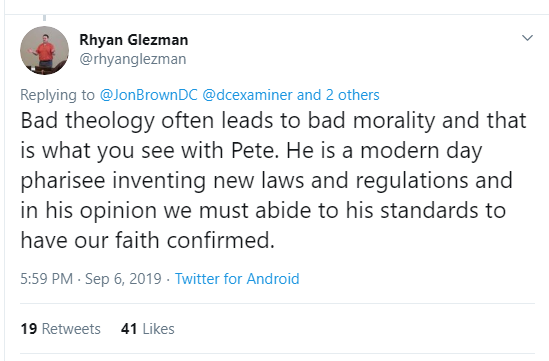 Religion and science are both on the side of life. There is no religious requirement to being pro-life because science says life begins at fertilization. But in addition, a Christian would also believe that God creates all human beings with a plan and a purpose, and loves all human beings too.

“If we’re going to say we’re for all people and we love all people, but we don’t value human life in the womb, that’s being a hypocrite,” said Glezman. “You’re hypocritical if you don’t stand up for all life. So that’s why I’m speaking out.”