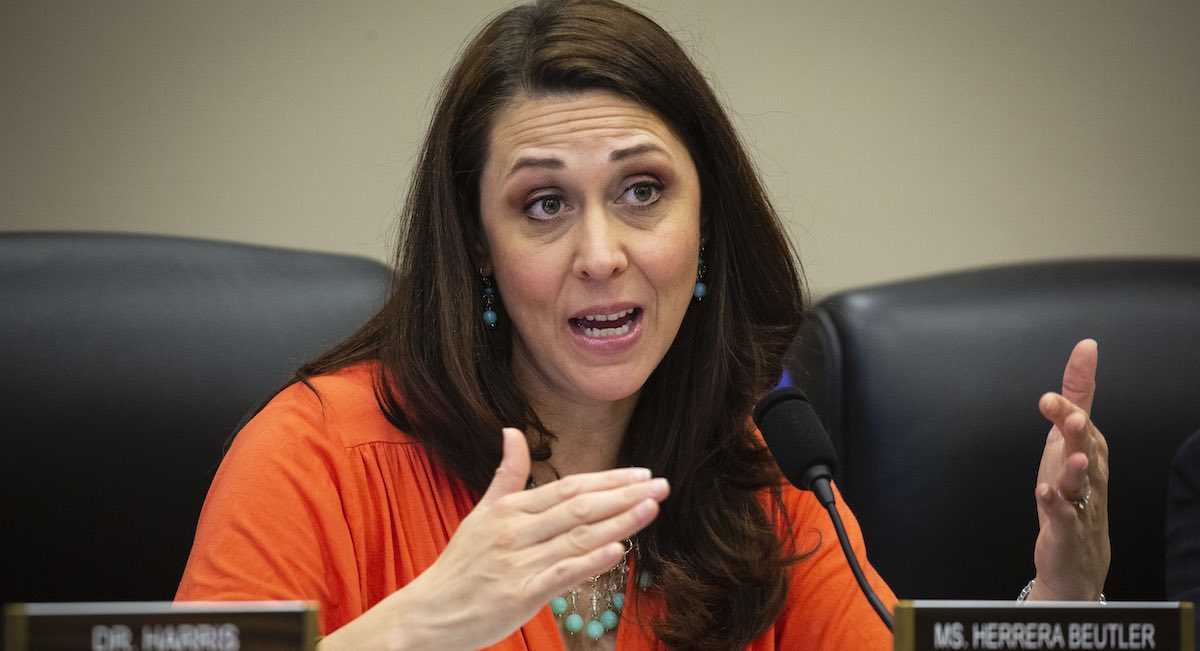 (CNS News/MRC Newsbusters) Babies born alive during a failed abortion deserve “the same exact protection under the law that any other baby is equal to,” Rep. Jaime Herrera Beutler (R-Wa.) said of the Born Alive Amendment during markup of the FY2021 Department of Defense Appropriations bill on July 14.

The Born Alive Amendment would give doctors guidelines on how to care for newborns that are  born alive during an abortion attempt, and would prevent TRICARE medical funding (which many military personnel use) to go to abortion offices that do not follow those guidelines.

“The amendment would have required all health care practitioners present to give the same level of care to a child born alive as would be given to any other child born alive at the same gestational age,” explained Liberty Counsel. “It would also require the practitioner to ensure that the child is immediately transported to a hospital.”

In her remarks, Rep. Beutler said, “There is evidence that babies born alive are being killed or neglected after the fact. … If a baby is born alive after an abortion, they deserve the same treatment under the law.”

The amendment provides “some guidance so that if this happens, which I’m sure is very distressing, that there is some guidance for how they take care of and make sure that baby is given the same, equal medical care that any other baby of that gestational age would be offered in a hospital setting,” she said.

Beutler added that every baby, regardless of their skin color and station in life, deserves “equality under the law.”

Beutler also read a report that said in 2017, an abortion provider in Arizona and California would not give a straight answer about their procedures during a born-alive abortion attempt, saying it “depended on who was in the room.”

She also read from studies on how often babies are born alive during abortion procedures. The CDC did a 2003-2014 study that said at least 143 babies had been born alive and died after a failed abortion attempt.

Beutler said those numbers should concern everyone, whether those listening were pro-life or pro-abortion. “If a baby is born alive, after an abortion they deserve—constitutionally—the same exact protection under that law that any other baby is equal to,” she said.

Oftentimes, the babies born alive do not die from injuries sustained during the abortion attempt. Rep. Beutler said, “There is evidence, unfortunately, that babies born alive are being killed or neglected after the fact.”

She went on to tell how three former abortion clinic workers who testified in 2013 said that the doctor they worked for “actively killed babies born alive during an abortion.”

“That should terrify every single one of us,” Beutler said.

In her closing statements, Rep. Beutler repeated that the amendment would ensure that a baby born alive during a failed abortion would have access to medical care like any other baby.

“I just urge every person in this room to take a moment, whether you like whether this happens or not, recognize the truth that it does happen and we have a responsibility to help provide guidance… that we have taken those steps to make sure that equal protection under the law is provided,” she said.

The amendment failed in the Democrat-dominant committee 24 to 28. Two Democrats did vote for the Amendment: Rep. Sanford Bishop (D-Ga) and Rep. Henry Cuellar (D-Texas).

Editor’s Note: This article was published at CNS News/MRC Newsbusters and is reprinted here with permission.