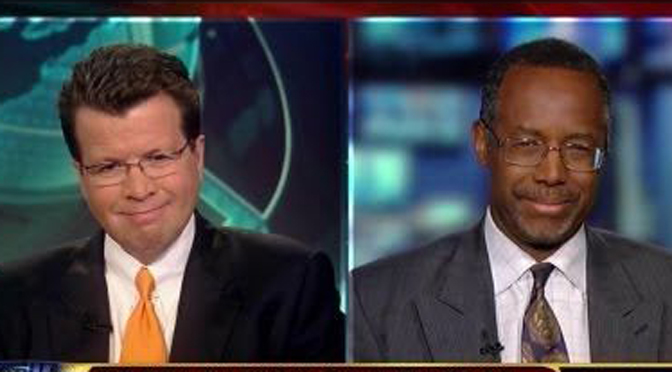 Retired neurosurgeon and Republican presidential candidate Dr. Ben Carson went on the offensive against abortion and Planned Parenthood this week.

Yesterday, Newsmax reports, Carson told Fox News Channel’s Neil Cavuto that he believes Planned Parenthoods were originally set up in black neighborhoods to “control that population,” describing the abortion giant’s founder, Margaret Sanger, as someone who “believed in eugenics” and who was “not particularly enamored with black people.”

CBS News reports that the day before, Carson reacted to Democrat frontrunner Hillary Clinton’s remark that the candidates’ pro-life stances were “offensive” by noting, “I spent my entire career as a pediatric neurosurgeon, frequently staying up all night, fighting, struggling to save the life of little babies, even operating on babies inside the womb. So I don’t think it should be hard for anyone to understand that I am totally opposed to killing babies.”

He also called the claim that abortion is sometimes necessary to save a mother’s life “spurious” because “we have advanced so much in medicine these days that that situation rarely occurs,” but as to whether he would allow such abortions, Carson said only, “you have to look at the individual situation.”

On August 7, Live Action News’s Amanda Read wrote that the 2012 Dublin Declaration of obstetric and gynecological experts contends that “direct abortion is not medically necessary to save the life of a woman,” as distinguished from “medical treatments that are carried out to save the life of the mother, even if such treatment results in the loss of life of her unborn child,” which are sometimes necessary.