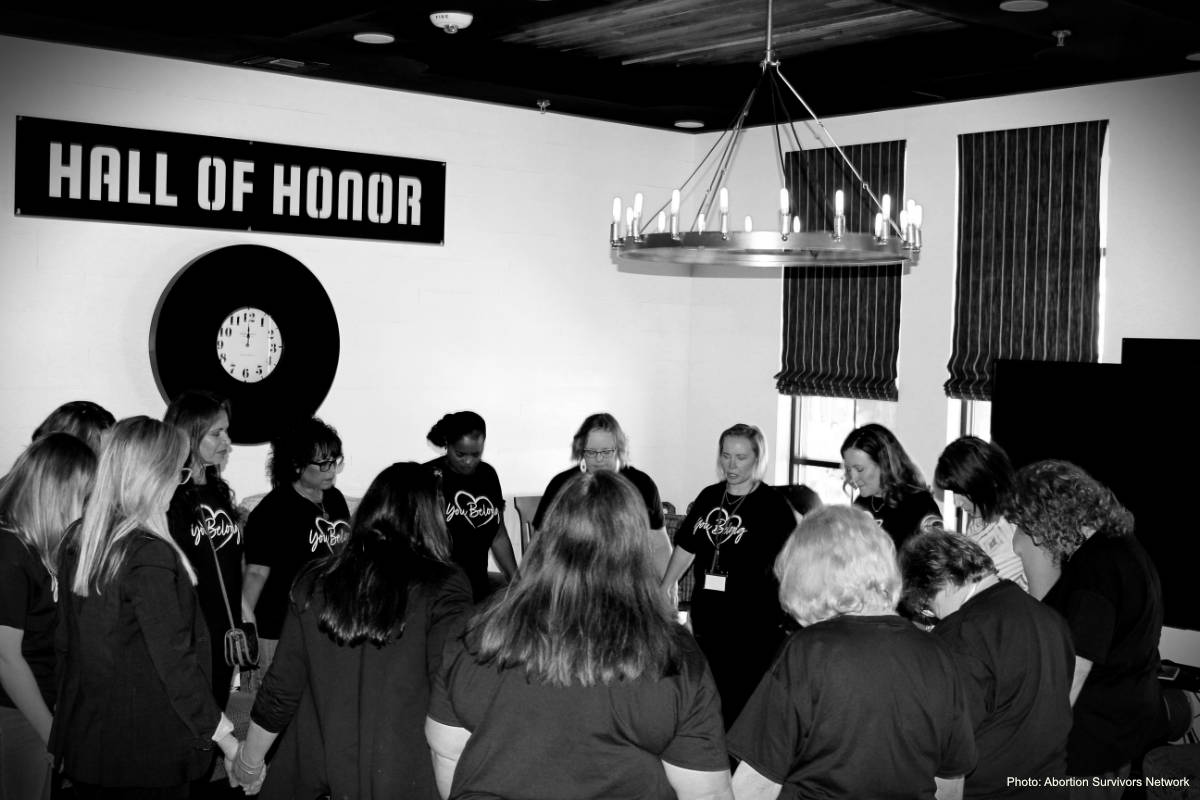 The words “you belong” were among the opening remarks shared at the first annual, first-of-its-kind retreat to bring about further healing, relationship, and empowerment to those who have survived an abortion. For Melissa Ohden, founder of The Abortion Survivors Network and retreat host, the weekend among the serene and beautiful landscape of a Texan ranch almost never was. A casualty of changed plans from the pandemic? Sure, that delay happened. But, more so, it almost never was because each attendee almost never came to breathe his or her first breath.

Abortion survivors are born into unacknowledged, unvalidated, and understated adversity. Forty-four years ago, Melissa Ohden spent her last five days in the womb soaking in a toxic solution meant to kill her before spontaneously being born. In response to being born alive, Melissa was nearly stuffed in a closet to gasp her final breaths in solitude before a rebellious nurse intervened to take lifesaving measures. To that traumatic experience and others like hers, the world often replies coldly that such occurrences are “a thing of the past” used only as political fodder to threaten legalized abortion.

Many abortion survivors who share their stories are met with blank stares and some receive shame-inducing looks of disgust at the fact that they lived. Survivors are told to get over it, as if “it” (trauma) is a choice. These reactions are not isolated to one-off conversations. They exist in the public forum, and are spoken by pro-choice politicians and leaders, to such an extent that survivors are effectively silenced.

The Abortion Survivors Network has stood against the pro-choice tide as a united voice of survivors, some known and many not, defending and seeking others like its own. Once founder Ohden answered God’s call to a vocation serving survivors, she began finding them all around the world. It is a mission rooted in changing hearts to hear the truth of abortion survivors and meet them with radical acceptance, care, healing and even advocacy.

Dr. James Gordon of Georgetown Medical School shared in a recent article that he has seen “trauma survivors develop heart disease, autoimmune disorders and digestive problems they might not have gotten otherwise. Plus, people who live through a distressing ordeal are more likely to abuse drugs or alcohol, suffer from an eating disorder or even die by suicide. All this is because trauma has a powerful impact on the nervous system.” Survivors testified to similar adverse effects throughout the retreat — from feelings of rejection and isolation, experience with trauma-induced mental health issues and diagnosed medical conditions like chronic pain and chronic fatigue, and even physical scars from abortion instruments. 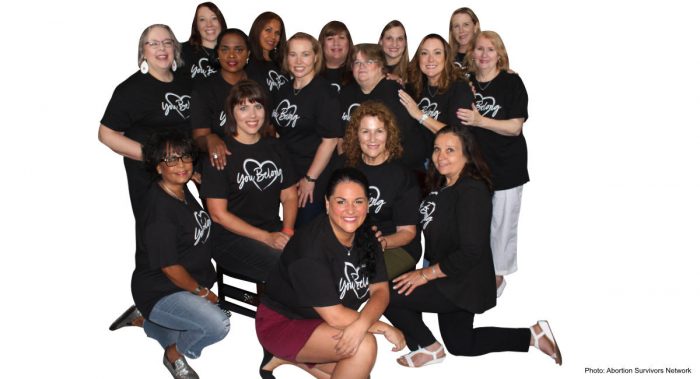 In reflecting on the weekend, survivor Denisha said, “Sitting in a room full of people I just met, I have never felt more like I belonged. I am not alone in my struggles, there was a whole room that echoed, ‘me too.’ That was healing for me.” Survivors at the retreat ranged from ages 41-76 — their lives nearly ended by abortion both before it was legalized and after. Some have birth certificates; others have only an acknowledgement of a live birth with a year. There were survivors of saline abortions, surgical abortions (dilation & curettage), vacuum aspiration abortions, pre-term induction and more. At-home abortion attempts mingled with those in medical facilities. Singleton births met twin survivors.

Further healing took place beyond the existence of shared experience, but with the intentionality of a retreat designed with the training of Ohden’s Master’s degree in Social Work around topics of forgiveness, identity, and coping skills with trauma. A history of abortion survivors, incidence of failed abortions, and a profile of the known abortion surviving community was presented alongside information on generational trauma and the generational cycle of abortion. Karen, a 76-year-old survivor, reflected that the retreat “was a safe place to share our stories for healing to take place” and added gratitude for the “camaraderie, mutual love and connection” felt.

A sense of belonging is a prized possession to an abortion survivor. The 17 participants gathered in Texas affectionately donned t-shirts carrying the long overdue message, “You belong,” featuring an abstract heart. Retreat participants prayed for each other, the unborn, family, and our culture, that every human being born and unborn would be seen as “more than a choice.” Over the past year, 10 abortion survivors completed the Abortion Survivor Network’s healing curriculum and were celebrated on retreat. Survivors crafted 100 letters of encouragement to other survivors known across the network. Six abortion survivors completed speaker training, helping them to find their voices and to join the Abortion Survivors Network Speaker’s Bureau who are often called upon to engage with media and provide expert testimony.

Abortion survivors live in a world that celebrates and normalizes the act that was meant to end their lives – abortion. The hardships they have survived are met with rejection, like their life began. But each deserves to be equipped with the community, skills, and education found only at The Abortion Survivors Network where they can receive specialized peer-to-peer support, healing groups, retreats and advocacy. To learn more, visit The Abortion Survivors Network online, on Facebook, or on Instagram.

Editor’s Note: This article was written by Kylee Heap of Pro-Love Ministries.