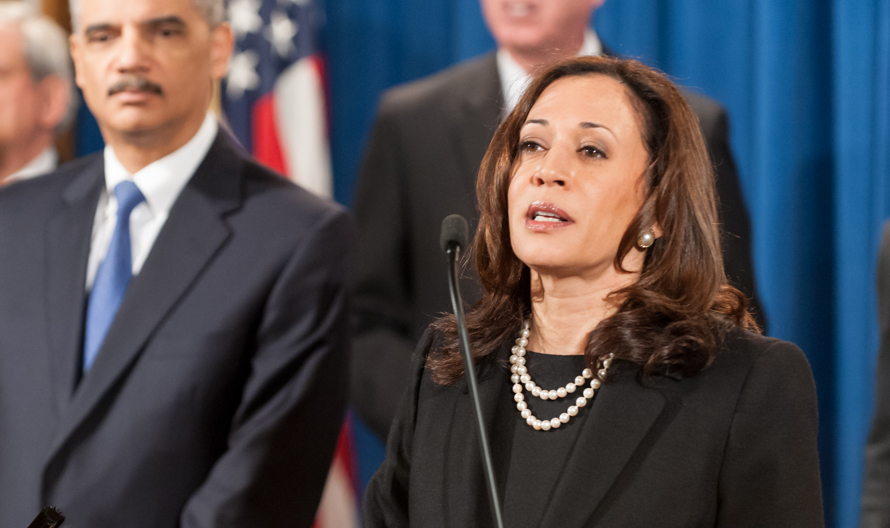 Newly exposed emails reveal that a bill that may be signed by California Governor Jerry Brown this week came straight from the work of Planned Parenthood feeding suggestions to the office of the California Attorney General, Kamala Harris.

Assembly Bill 1671 would make it a crime to record and distribute conversations with health care providers. The Washington Times reports that the bill, which was drafted in response to David Daleiden’s undercover investigation of Planned Parenthood, was created thanks to Planned Parenthood feeding Harris’s office suggestions. The Times states that emails “depict conversations between the state agency and Planned Parenthood over AB 1671, which would amend the penal code to make secretly recording and disseminating communications with health care providers a crime.”

The emails show Beth Parker, chief legal counsel for Planned Parenthood Affiliates of California, sending multiple drafts of AB 1671 to Jill Habig, who was at the time special counsel to the attorney general.

“Attached is the language for AB 1671, proposed amendments to Penal Code section 632,” Ms. Parker wrote in an email marked March 8. “I look forward to your thoughts about this.”

Ms. Parker sent a revised draft of the legislation to Ms. Habig on March 16. “Here’s the rewrite of the video tape bill,” she wrote. “Let me know what you think.”

While it’s not unusual that an attorney general would have a say in creating legislation, the situation has raised troubling questions about a possible conflict of interest. While it was widely reported that Planned Parenthood supported AB 1671, the revelation that it reportedly helped draft it so it could protect itself from undercover reporters, and the cooperation between a governmental office and the nation’s largest abortion chain, is a disturbing commentary on the political power Planned Parenthood wields, even allegedly influencing the top legal counsel for the state.

Planned Parenthood has confirmed its involvement in the passage of AB 1671. The Washington Times reports:

Ana Sandoval, director of communications for Planned Parenthood Affiliates of California, said the organization played a substantive role in the passage of AB 1671.

“As sponsor of the legislation, Planned Parenthood Affiliates of California played an integral part in drafting amendments as the bill moved through the legislative process,” Ms. Sandoval said in a statement.

… [T]his measure would heap more criminal and civil penalties on making a secret recording — an act that’s already prohibited by state law, even when done in the public interest — simply to satisfy an interest group popular among Sacramento Democrats. In fact, it would further disincentivize potential whistleblowers from recording malfeasance when they witness it…. The potential for unanticipated and unwelcome consequences is huge.

But Planned Parenthood welcomes any consequences to others so long as it keeps its abortion business safe–even at the expense of sacrificing free speech rights. And somehow it appears as if the abortion giant has managed to master the puppet strings of a public servant charged with objectively upholding justice.

For years, undercover journalists have documented Planned Parenthood employees covering up for sex traffickers, failing to report child sexual abusers, and trafficking in baby body parts. Rather than be more transparent with the public, Planned Parenthood wants to make it a crime for the media to publish evidence that it might be doing something illegal.

“A watchdog media is a cornerstone of a democratic society, and when the public funds half of the abortion giant’s operations, it has a right to know that its money isn’t being used to break the law or commit abuses. Planned Parenthood commits nearly one third of all abortions in this country — over 320,000 each year. Americans understand that abortion is a grave act that takes a human life, and undercover journalists have been the ones who have exposed the many abuses that often accompany it.

“This outrageous bill is a direct attack on the freedom of the press and is blatantly unconstitutional. This bill puts Planned Parenthood’s interests ahead of the First Amendment, its clients, and the public, and it would keep evidence of illegal or abusive activity hidden from nearly everyone’s view.”

If Gov. Brown signs this bill, he will be going against the recommendations of media organizations and the ACLU. Likewise, he will be acquiescing the legislative process to the nation’s largest abortion business.