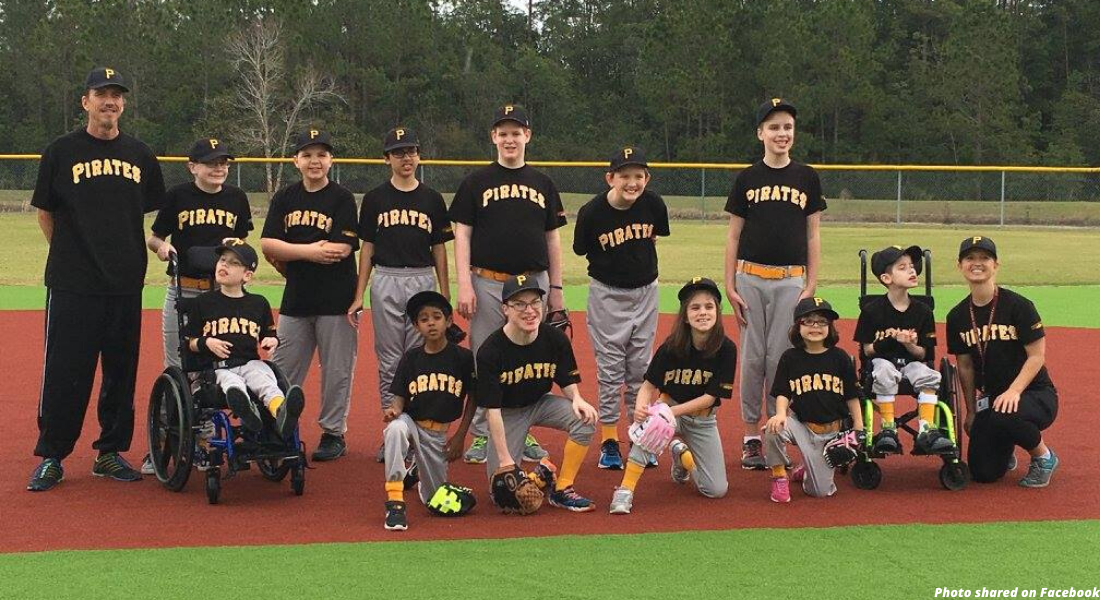 A very special sports league is celebrating a decade of fun. Field of Dreams, a baseball league in Jacksonville, Florida, was founded over 10 years ago, and celebrated its inaugural season in 2010. This weekend, a boisterous game took place, with family members, friends, and fans there to cheer on the league’s participants.

Chuck Forcier was one of the founders of Field of Dreams, all of whom were fathers and youth baseball coaches. After they were approached by special needs families about participating, they realized there was a need for these kids to be able to play. “Rather than tell the children they couldn’t play, we decided to form a league for all children with special needs, not just autistic children,” Forcier said in an interview with First Coast News. “Children in wheelchairs, visually-impaired children, and that’s how this was created.”

The field they play on is specially designed for kids with physical and intellectual disabilities alike, and it’s open to kids between the ages of 5 and 21. Anyone who wants to is allowed to play, regardless of their abilities. And thanks to local sponsors, registration and uniforms for the team are free.

Originally, there were just 41 players and three teams; now, the league has grown to 200 players and 11 teams. They play every Saturday, and it’s just like a game for able-bodied players: the National Anthem is sung, the names of batters are called, and fans cheer them on the whole time. Baseball players from area high schools serve as buddies, to help the players, and a playground has been built on the complex now, too, with goals to do more with time.

“Ultimately we want this to be a complex for children with special needs,” Forcier told First Coast News. “Baseball, we may add soccer, we may add some other things. And then a playground here. So this is a place they can really call their own.” And while it benefits the kids with special needs, the buddies also build relationships with them, and it makes a huge difference in the community overall.

“It’s essential. It’s a thriving part of our community. There are so many wonderful families, organizations and volunteers,” Toni Allison Chadwell, a member of the Field of Dreams Board of Directors, told the St. Augustine Record. “Everyone should come out to a game themselves to see and believe for themselves. There are wonderful things going on here.”