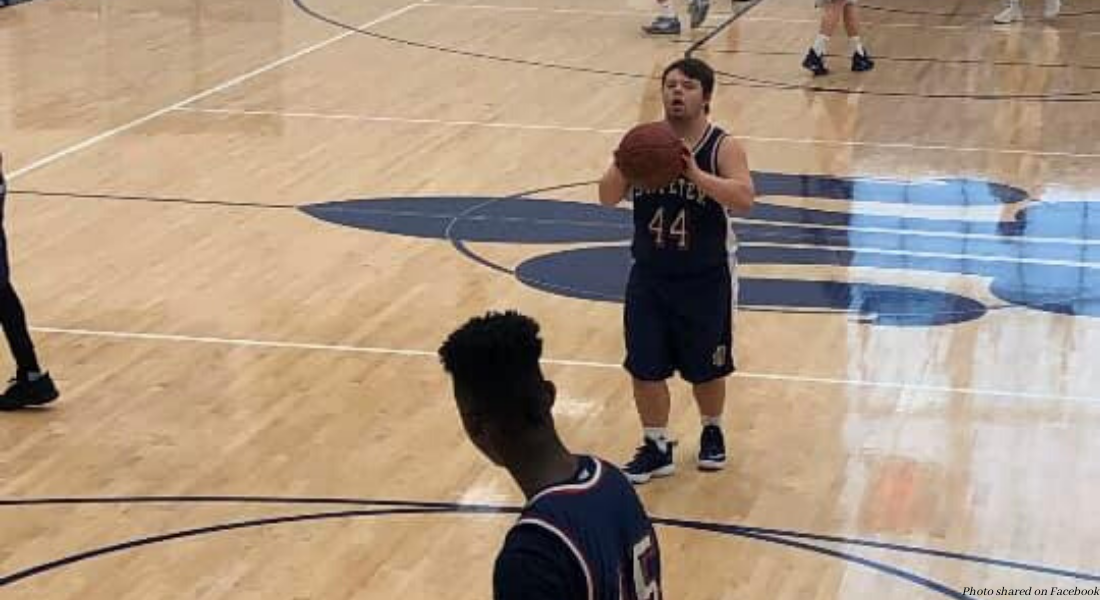 For Mason Doherty, a senior and a member of the varsity basketball team at St. Peter’s High School in Minnesota, three-pointers are his favorite part of the game. He sinks them all the time — and the fact that he has Down syndrome also has made him a beloved member of both the team, and the community.

Last month, Doherty and his teammates faced off against Hawley High School for the Carnal Classic, a tournament set up to honor former coach Steve Carnal. Each participating team featured coaches who had previously been coached by Carnal. And Doherty is known for his three-pointers — so much so, that the crowd goes wild every time he steps onto the court.

“This is what he does. He shoots the threes, but he’s always shot the threes,” his mother, Laura Doherty, told WCCO. “It’s overwhelming sometimes to see the support, and everybody rallies for him.”

Doherty was placed on varsity at the beginning of the year, but his coach and fellow teammates all agreed he would play during each game, too. “It’s a great experience for every single one of these players on our team,” Josh Johnson, one of his teammates, said to WCCO.

READ: Mother starts bakeshop to showcase capabilities of daughter with Down syndrome

And then…he did it again! pic.twitter.com/1Fkl3RVeRD

According to the Grand Forks Herald, the opposing team knew not to interfere with Doherty as he took his shots. They were too far behind to come back, so it was a perfect opportunity to let Doherty’s skills shine. “It was awesome with my kids because we didn’t have to talk about it in any way, shape or form,” Hawley Head Coach Brevin Stoa told the Herald. “This was a great opportunity for our kids to not only be a part of a memory, but to help create and be excited in a moment for a young man who has probably had it a little bit more difficult than the average teenager.” Stoa tries to instill in his players that the game is about something bigger than just basketball, and St. Peter Head Coach Sean Keating feels the same way.

“You couldn’t help but smile and feel good,” Keating said to the Herald. “That’s what high school sports should be all about.”

Doherty has mastered his three-point shot with a lot of practice, and inspiration from Steph Curry, an NBA star who plays for the Golden State Warriors. But at the tournament, people who had no idea who he was were cheering for him, something that meant a lot to his parents. “Since people with disabilities get marginalized a lot in our society, him doing that and then everybody cheering it on and putting themselves second and kind of putting Mason first, it just brings complete joy,” Darin said to the Grand Forks Herald. “There’s been many times where it makes my wife and I cry on the sidelines, because your heart just explodes with joy.”