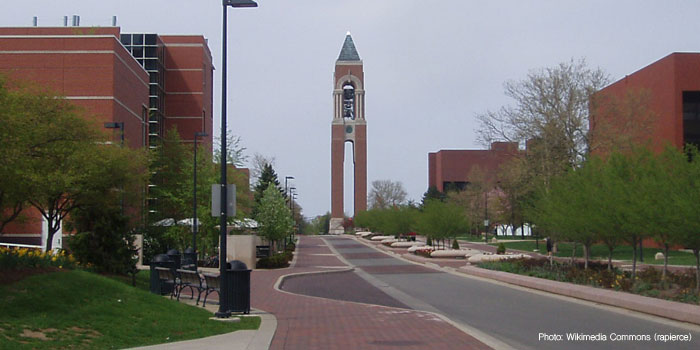 Alliance Defending Freedom (ADF) attorneys have filed a lawsuit against Ball State University officials on behalf of BSU Students for Life. The lawsuit, filed on Wednesday, states that the Indiana university denied funding to the group because of its pro-life views.

According to ADF, in February, BSU Students for Life applied to receive $300 from mandatory student activity fees – from the student fees that its members paid – in order to share educational materials with pregnant and parenting students. That application was denied despite the fact that the Student Activity Fee Committee distributes funding from the same pool of money to Feminists for Action, Secular Student Alliance, and SPECTRUM.

The Student Activity Fee Committee has been given the power from the university to deny or approve any group for any reason, including discriminatory reasons. However, ADF is arguing that public universities such as Ball can’t refuse that money to a group without justification.

According to the lawsuit, members of BSU Students for Life were shocked when the funding was denied. The group is a recognized student organization which is student-led, non-partisan, and not affiliated with any religious beliefs.

“While Ball State University pledges to ‘respect and learn from differences in people, ideas, and opinions,’ it has failed to respect or listen to Students for Life,” said ADF Legal Counsel Caleb Dalton. “The college’s unconstitutional actions treat these pro-life students as second-class, denying full participation in campus life while mandating every pro-life student pay more than $1,000 in student fees per year that help fund opposing viewpoints.”

Students for Life President Kristan Hawkins said that while Ball State “pledges to ‘value the intrinsic worth of every member of the community,'” its student government is “playing favorites and stifling free speech.”

“If BSU wants to respect every member of its community, it will give Students for Life, along with other groups, equal footing,” said Hawkins. “We support the free-speech rights of all students, encourage the open exchange of ideas, and ask that the rights of pro-life students be respected as their peers’ rights are.”

Students for Life of America currently includes over 1,200 groups in high schools, colleges, and medical schools throughout the United States.