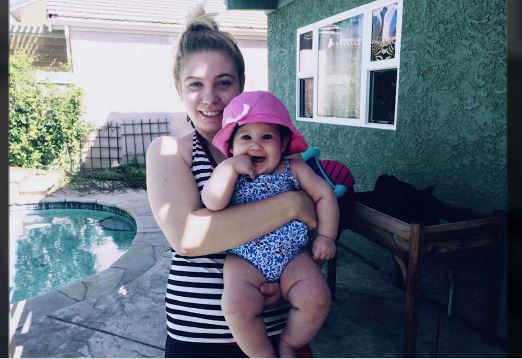 It took an immense amount of strength and bravery, but Ally, who was being pressured to abort her baby, walked out of her scheduled abortion at Planned Parenthood.

Ally discovered she was pregnant after taking a free pregnancy test at Ventura County Pregnancy Center. They showed her a complimentary ultrasound of her baby and told her about her options and fetal development. Ally felt overwhelmed and decided to leave. She said the pregnancy center assured her they would be there for her, no matter what she chose to do.

“After that,” Ally said in a video produced by Mercy Tree Media, “I let my circumstances and the fact that my mom wanted me to have an abortion influence me. I made an appointment to terminate the pregnancy. There I was on the table with an IV in my arm, when suddenly the picture of the ultrasound and all the information I had received at the center flooded my mind. I could not stop crying. I knew God was telling me not to go through with this. I yelled at the doctors and nurses to stop, and I got off the table and left.”

She and her boyfriend soon split up, which left Ally wondering how she would raise a child on her own. She returned to the pregnancy center and signed up for the “Earn While You Learn” Program. She was able to earn “baby bucks” to spend at the center’s boutique by taking parenting classes. With the “baby bucks,” she purchased baby gear before her daughter, Violet, was even born.

“Having Violet in my life has changed me for the better,” she said. “The pregnancy center has played a big part in my life. When I first came there, I said I did not believe in God, but through the love and teaching I received there, I am now working on my relationship with Him.”

Ally is grateful for the pregnancy center that helps save so many lives by taking the time to invest in the women that walk through the doors. Women like Ally prove that even when women facing unplanned pregnancies feel alone in the world, they are not. Support and help are available at pregnancy centers across the country.