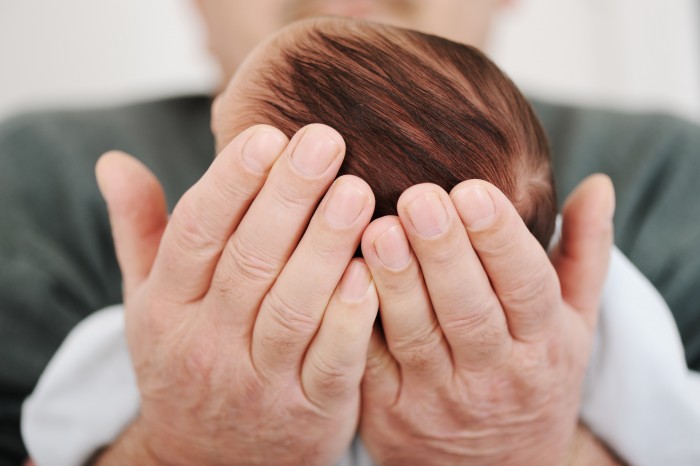 He thought it wasn’t his choice.  The baby’s father had pleaded with the mother, but she was inside the Founder’s Women’s Health Center, waiting for the abortionist to arrive.

On May 22, the team from Created Equal was outside the clinic when the father walked out, saying he was “depressed” at the idea of killing the baby. As the team talked to him, he agreed with them and said, “I love what you guys are doing. I want to keep [my baby].” But he added, “it’s not up to me,” as he pointed to the abortion facility and said, “this is her option.”

Created Equal gave him resources and told him they would be willing to help them. The father says they have a two-month old baby already, but he had also told her that “the best option would have been adoption because I believe every child deserves to have life.”

As the Created Equal team continued to offer him help, the abortionist arrived, and the father went to his car to plead for his baby’s life via telephone. And then 30 minutes later, it happened: The team saw him meeting with the mother, ready to leave. He told the team, smiling, “She couldn’t go through with it!”

The father, feeling powerless and depressed at the idea of his baby dying, was empowered to fight because a few people stood outside an abortion facility reminding him of what people in crisis often forget: there are many free resources available for women with unplanned pregnancies. The importance of what occurred in those few minutes is a stunning reality that takes place across the nation every day. A few minutes, a few more pleas for life, and another baby is saved.

This is a reminder to all fathers of preborn babies that there are options for them, too. This article reminds fathers of some defenses they have, including legal ones.  A baby has two parents, and a father may be the last line of defense that the child has to live.