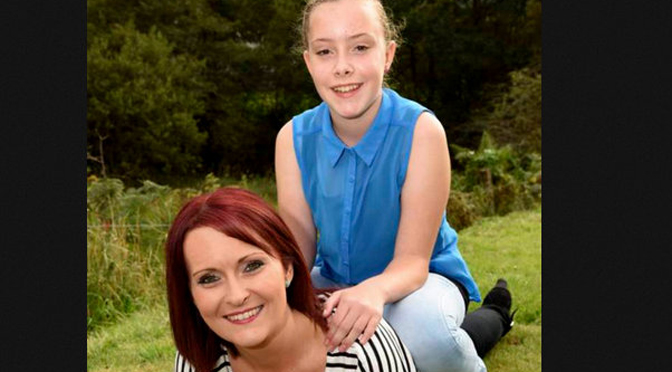 When she was 26 weeks pregnant, Norelle Smith was diagnosed with toxic pre-eclampsia, a condition that includes symptoms such as high blood pressure and swelling. It can lead to eclampsia, which can put pregnant women at risk of stroke, seizure, placental abruption, and in some cases, death.  Doctors told Smith that she must have an abortion in order to save her own life. But Smith refused, and doctors induced labor 14 weeks early.

The doctors were not optimistic and warned Smith and her fiancé Sandy Cameron that baby Natasha could suffer brain damage from a premature delivery. From the Metro:

But her daughter was delivered alive – to the astonishment of the medical team at the former Queen Mother’s Hospital in Glasgow.

Not only was she born alive, but baby Natasha just turned 11 years old and is thriving. She is in the top reading group in her class and her father said she has “the fighting spirit” which has helped succeed.

Abortion advocates continue to argue that abortion is necessary to save women’s lives, even after the point of viability. Natasha proves that if a pregnant mother’s health is at risk, there is another option besides abortion. Doctors can take care of both of their patients by helping the pregnancy progress as far as possible, and then by inducing labor and working to save both mother and child.