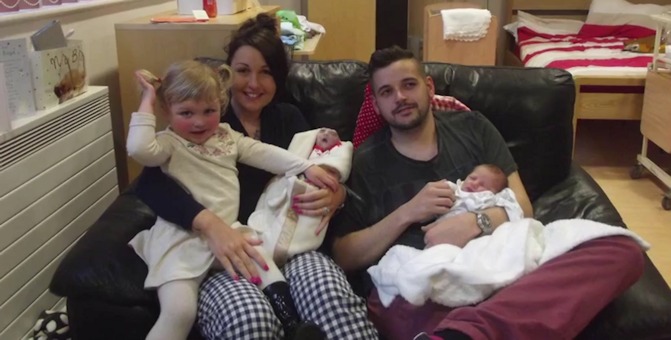 April 22 would have been Teddy Houlston’s first birthday. His twin brother, Noah, celebrated without him, but his parents marked the occasion in a special way by sharing the story of how Teddy saved lives just hours after he was born and died.

ABC News reports that Mike Houlston and Jess Evans were expecting twins when at 12 weeks gestation, they learned one of the babies had anencephaly, a condition in which the skull and brain don’t completely form. People with anencephaly die hours to days after birth. Like most parents facing such a diagnosis, the couple was offered the option to end their child’s life through abortion. They said no.

“When we found out he wasn’t going to survive, it was obviously crushing, soul-destroying,” Evans said in a video for the Cardiff and Vale University Health Board.

Evans’ mother had discussed with her children about organ donation for most of their lives, and even registered her children as organ donors. Therefore, Evans immediately considered the possibility of her baby becoming an organ donor, and though doctors shot down the idea at first, eventually, the couple won. If their baby met certain criteria such as the right weight at birth, he could be an organ donor.

“It was helping us that he could go on and live through someone else,” said Evans in the video. “It was the only positive thing that could have come out of it. And it did.”

Teddy and his brother Noah were born April 22, 2014. Teddy lived for 100 minutes, allowing the family to spend some precious time together.

After Teddy died, his heart valves and kidneys were donated—his kidneys were given to an adult. Teddy is the youngest organ donor ever in the United Kingdom. “This can be done, should be done, and will be done in the future,” said Houlston. “He’s done the hard work. He lived and died a hero for us.”

Houlston and Evans hope that by sharing Teddy’s story, more people will sign up to be organ donors. Perhaps more people will realize the value of a preborn child’s life as well, despite any prenatal diagnosis.

“He’s done more good in his young life,” explained Evans. “It’s impossible to sum up how proud we are of him.”