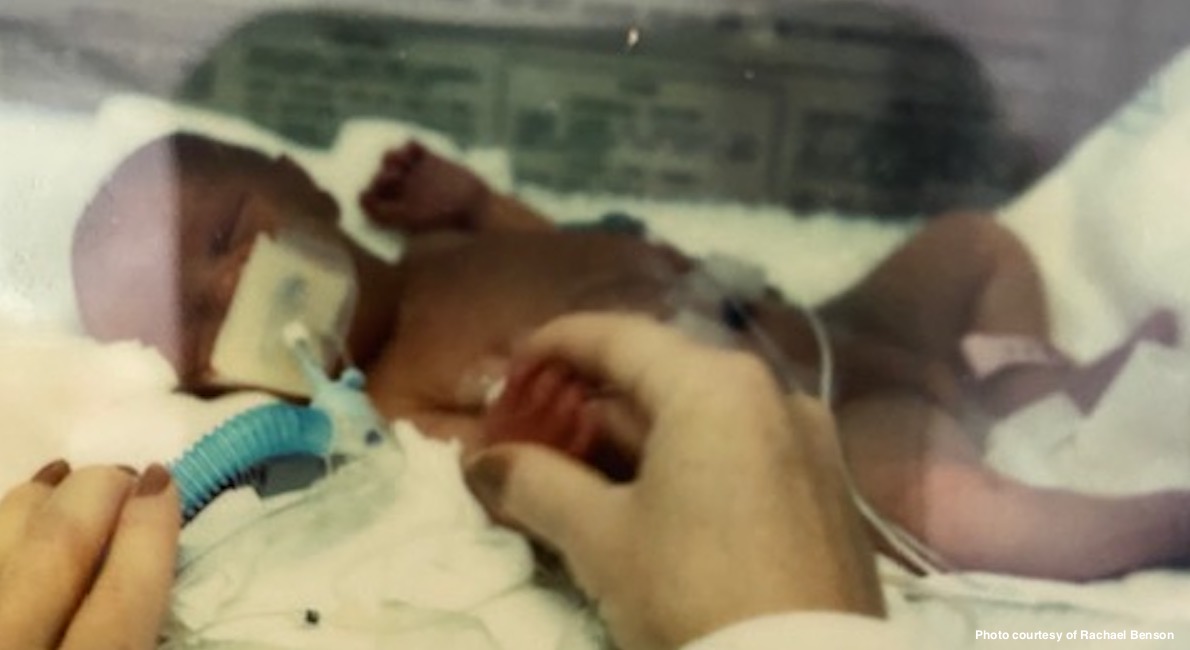 It was February 8, 1983, around noontime, and the weather was cool and breezy. The newscasters usually describe this as the Santa Ana winds. A mother-to-be is expecting her baby to be born around April 8, but there was a problem, and the baby appeared ready to come early. The mother-to-be, Rosemary, was at her next-door neighbor’s house and called the grandmother-to-be, who then rushed over to take her to the hospital. They paged the baby’s father to meet them there.

Once they were at the hospital, the doctor rushed Rosemary into surgery and delivered the baby by emergency C-section. When the baby came out of the womb, she stopped breathing. Within 15 minutes, the doctors were able to get no more than five breaths out of her. (Imagine trying to hold your breath for 15 minutes. Could you do it? No.)

Unfortunately, the baby’s skin was blue. She was not making a sound—not even a normal baby cry. It was quiet – too quiet. Rosemary’s water broke early, causing the baby to become very ill. The doctors realized two days later that the baby had pneumonia, and that lack of oxygen had caused serious brain damage. Her parents wondered, Is there any hope for this child? Or should we say goodbye right now? Is it even possible to say good-bye to babies who haven’t taken their first steps, their first breath of air, or their first look at life? 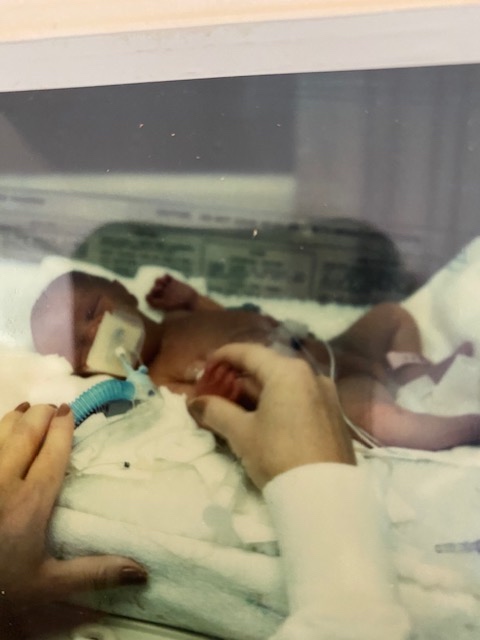 After that, the doctors tried everything medically possible, but the baby girl’s body didn’t respond. When the doctors were about to lose hope, they tried one more thing. They gave her antibiotics… and she began to recover within 24 hours. Then the doctors knew that she would live.

Now that they knew their baby girl would live, Rosemary and Rex had to think of a name. They hadn’t thought about that yet. After all, the baby wasn’t even due until April, and it was February, two months early.

Rex decided on a name and its spelling. “Her name will be Rachael Benson,” he said. When the nurses found out this baby girl would live, they were ecstatic, and they started writing her name on everything.

That baby was me. I’m Rachael Benson. I’m the “miracle child.” I’m 37 years old now and have cerebral palsy. This is the story of what happened when I was born.

Even though everyone was sure I was going to live, that didn’t mean I could go home right away. Because of complications, I weighed only three-and-a-half pounds. The doctors would not let me go home until I weighed five pounds.

Heartbroken that she couldn’t bring me home, my mother traveled back and forth to the hospital for five weeks to feed me. If I was asleep when she came, she just had to wait for me to wake up. Finally, I reached five pounds and the doctors said I could go home.

READ: Doctors said their baby, who had Down syndrome, wouldn’t survive… but a miracle happened

When my parents brought me home, they had to put me on a heart monitor for my first year to monitor my heart rate. The heart monitor’s alarm went off quite often, causing my parents to jump up to check on me, but nothing ever happened. It only went off because I moved around so much.

My parents would look at me and I would just smile. My heart never completely stopped, but it slowed way down at times, especially if I had a stressful day. The doctors were monitoring what is called apnea, which is where a person’s body forgets to breathe. My mom and other family members were well prepared for the worst before the doctors sent me home. They had taken a special CPR class so that they would know what to do in an instant if they had to. They did it together so that Mom could have a break every once in a while.

While I was on the heart monitor, I slept in my parents’ room in a bassinet so that my mother could see me and drop what she was doing in an instant if she had to. She said she could see out of the corner of her eye that I was all right.

Because of my health problems, my mother, even though a follower of Christ, harbored anger against God until she realized that she had quite a bit of spiritual growing to do. She says I was her wake-up call. 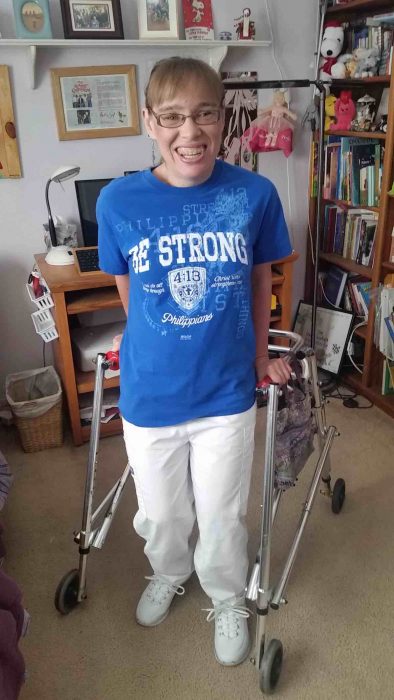 If you haven’t already guessed, my story is not about surviving an abortion. It’s a story to show the miracle of how God pulled me through my birth, and now I can declare His goodness.

If you’re out there, and the doctor has told you that there’s a possibility that your baby might be born with a disability, and you’re considering having an abortion, please don’t! Instead, consider Jesus’ words as he talks to His disciples about the man born blind: “This happened so that the works of God might be displayed in him.” (John 9:3b)

Yes, raising a child with a disability is difficult, but not impossible. There’s lots of medical help, and there is a God who loves you and will be with you every step of the way if you ask Him to come into your heart.

If you’re interested in having a personal relationship with Jesus as your Savior, pray with me.

Forgive me for all the things I’ve done wrong. I can’t continue living my life without you anymore. I need you to come into my life and help me raise this child. After all, your eyes see its unformed body. I can’t wait to see what great plans you have for my child’s life and mine. Amen.

“When I was woven together in the depths of the earth, your eyes saw my unformed body.”

Author’s Note: For an extended version of this story visit my blog, RachaelBenson.com and type Rachael The Miracle Child in the search bar.