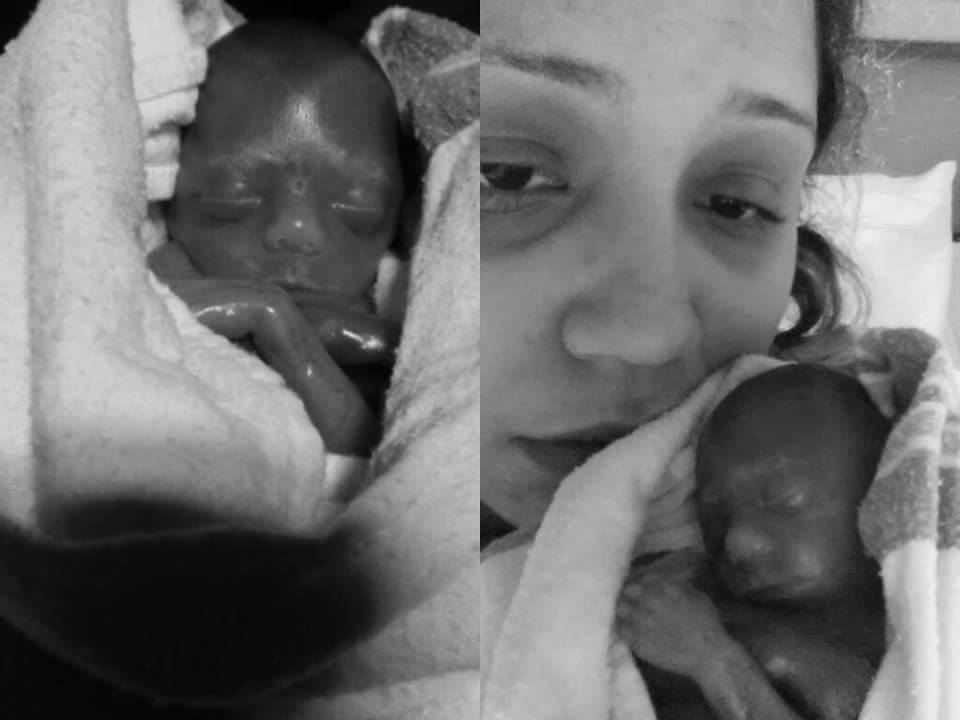 Youanna Torres was 19 weeks and six days pregnant when she started to experience cramping and bleeding. Fearing the worst, Torres and her boyfriend, Fernando Viera, rushed to the ER. After an examination, doctors informed Torres that there was nothing they could do to stop her from going into premature labor.

Diagnosed with cervical incompetence (when the cervix begins to open too early during pregnancy) Torres’ baby was born nearly 20 weeks premature on April 4, 2015.

Baby Savier lived for two hours outside of the womb and died in the loving arms of his mother. Because he was born extremely premature, doctors were unable to do anything to save him. Devastated, Torres and Viera took photos of their son, and even recorded a video of him. The powerful recording shows the humanity of baby Savier, as he kicks his legs while his mother cradles him. The parents spent time holding him and loving him before he passed away.

The following day, Torres shared her heartbreaking story on Facebook, asking for prayers. She wrote:

“God give me the strength […]This agony is killing me. I can’t stop cryin. I feel so weak.”

Doctors informed Torres that she will need a cervical stitch when she becomes pregnant again. This will keep her cervix closed so that the same incident with Savier will not occur again.

The days following the loss of her son, Torres continued to share her emotions. She wrote about how difficult it is to wake up in the morning, remembering that her son is gone and that she is no longer pregnant. Torres wrote about how happy she was to give her 10-year-old daughter, Sashalie, the sibling she had always wanted.

“I love you with all my heart,” Torres wrote to Savier, telling him to rest in God’s arms.

Savier was not only deeply loved, but he was alive during his short time outside of the womb. At less than 20 weeks gestation, he was a human being worthy and deserving of life. His beautiful face shows us just how precious he and all preborn children are.

Torres says she knows Savier is watching over her, and she feels that he wants her to smile and be happy. She plans to place some of his ashes in a necklace so she can always keep her son close.