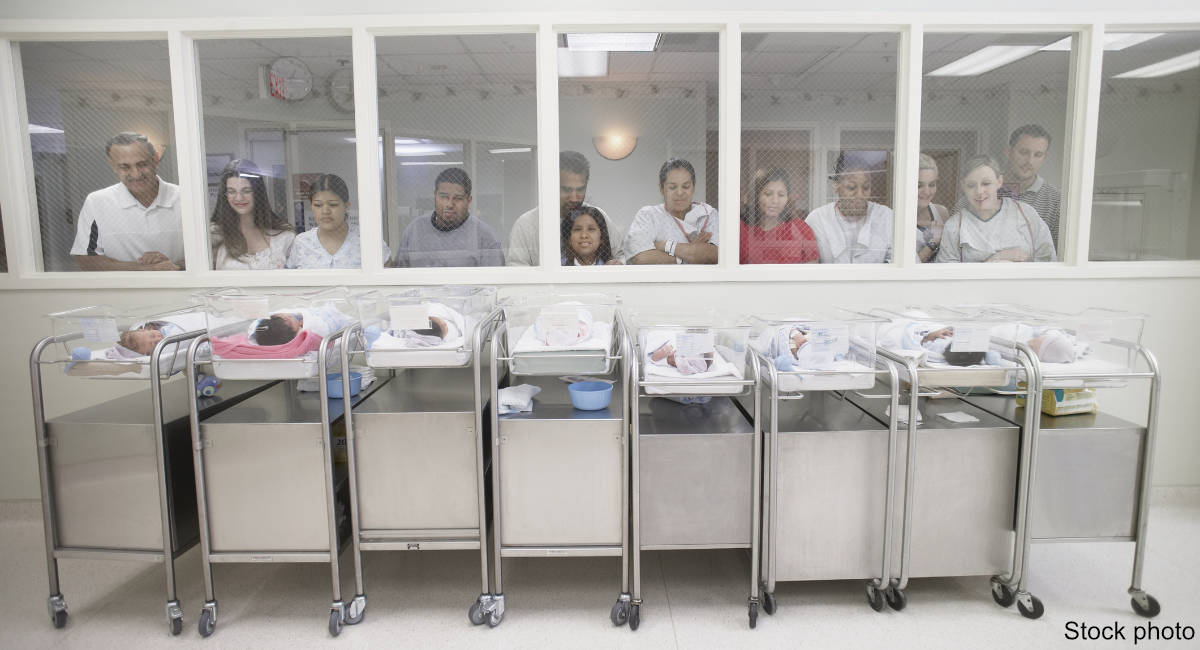 A Texas hospital that normally delivers 16 babies a day shattered its record last month with not one, but two baby booms.

Andrews Women’s Hospital at Baylor Scott & White All Saints Medical Center-Fort Worth first saw an influx of babies on June 24, when 52 babies were born in a span of 47 hours. Then a second wave hit several days later on June 28, when 55 babies were delivered in 44 hours. That makes for a combined total of 107 babies in 91 hours, which beat the hospital’s previous record of 48 babies delivered in 41 hours.

While overall numbers show that the nation experienced a baby bust following the COVID-19 pandemic, the trend at Andrew’s Women’s Hospital is consistent with other regional booms around the country following the pandemic’s onset. Some people at the hospital directly correlate the rise in births with the pandemic lockdowns.

Dr. Jay Herd, an OBGYN at the hospital, told NBCDFW that he thinks the boom is a result of people becoming more comfortable as 2020 progressed. “Monday and Tuesday we hit 55 and continue to break our own record. We thought it was going to be higher the last few months because of the pandemic, but didn’t see the baby boom until now so people must’ve gotten more reassured,” he said.

Michelle Stemley, a labor and delivery nurse, agreed. “Last spring, when we first went into quarantine, we were all speculating … that perhaps around December [or] January, we may see a boom, and it didn’t happen,” she told Good Morning America. “Our volumes stayed steady through the winter months, but they have hit now.”

The hospital is already considered a high-volume birthing center, with nearly 6,000 babies born in the facility in 2020. Still, Stemley told GMA that it was a joy to welcome so many babies in such a short amount of time. “The team was working very hard but we were having a lot of fun taking care of all of these families during these busy times,” she said.

Dr. Herd predicts that the boom in births will continue on its upward trajectory. “I don’t think it’s going away,” he said. “Seven or eight months from now, we’re going to see lots of … population growth.”