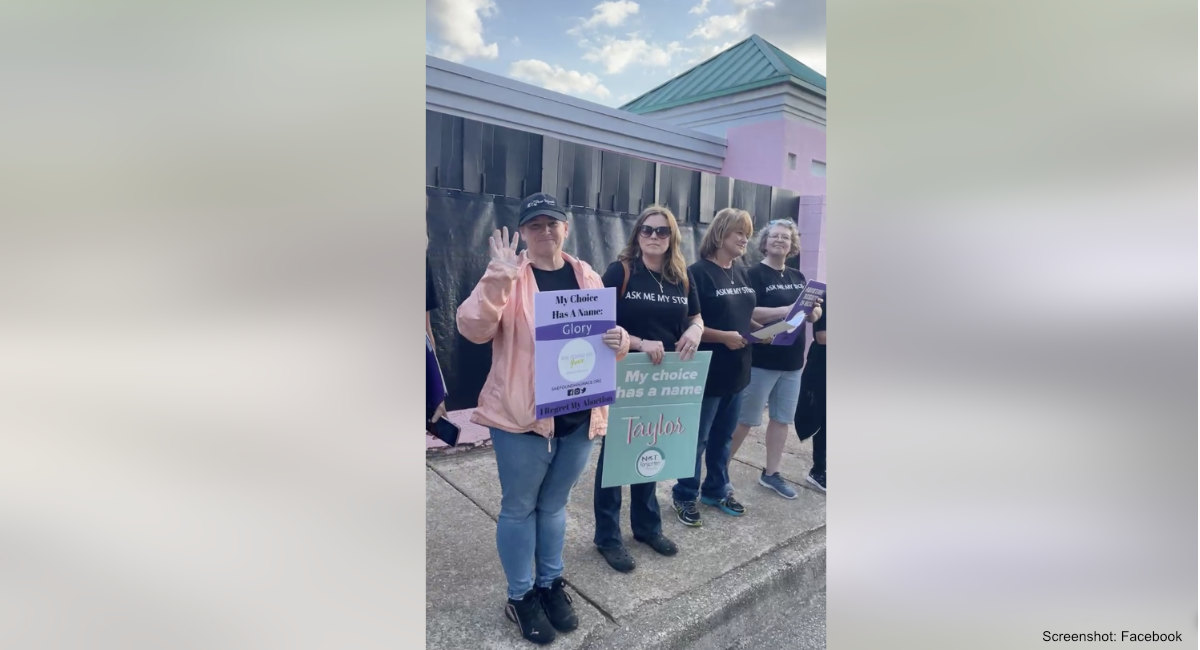 On Tuesday, April 12, 15 women came together to share their abortion regret testimonies outside Jackson Women’s Health Organization, also known as the Pink House due to its bright pink exterior. It is the last remaining abortion facility in Mississippi, and is at the center of the Supreme Court case Dobbs v Jackson Women’s Health Organization, which concerns Mississippi’s legislation limiting abortion to the first 15 weeks of pregnancy.

Wearing black t-shirts reading “Ask Me My Story” in white letters, the women shared their personal abortion stories on the sidewalk, interacted with women and men entering the facility, and dialogued with facility employees. As a result of these conversations, four women canceled their abortion appointments and one employee committed to quitting her job at the facility.

Similarly, one of the facility’s escorts started the day by snarling and growling like a dog at the women who came to speak, but ended the day in respectful conversation with one of them. She opened up and shared her own abortion story, and told the women she believed they were sincere as they were leaving, even though she had called them “abortion tourists” that morning.

The event was organized by Serena Dyksen, founder of She Found His Grace, an abortion recovery ministry. She explained that when she started her organization, she had a vision of raising up a healed, post-abortive army. Dyksen believes post-abortive women and men are “the strongest voice to help end abortion” and the key to a pro-life “culture shift.” It was this vision that guided the planning process for what she described as the “boots on the ground” event outside the Pink House. “It’s post-abortive, healed voices rising up and taking back the land,” she told Live Action News.

Representatives from a number of pro-life organizations, including Not Forgotten Ministries, Arise Daughter, PATH (Post-Abortion Transformation & Healing), H3Helpline, and Journeys of Choice, among others, attended and shared their testimonies, which were livestreamed on Facebook. The stories were as diverse and varied as the women themselves. Some women had experienced incest, molestation, and/or rape; some had multiple abortions; a few had spent years as abortion advocates before joining the pro-life movement – one had even worked as a nurse at Planned Parenthood. The two things every woman had in common were the conviction that their abortions were misguided, deeply regretted mistakes, and the deep desire to help others avoid falling into the same error..

The group is building a website to help spread their message of redemption and hope called AskMeMyStory.org, which will be completed in the near future and will contain the individual testimonies of each woman.