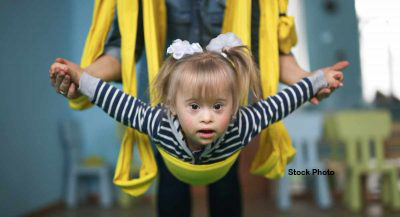 A couple in Australia is suing an ultrasound clinic and their doctor over their daughter’s birth, claiming they would have undergone an abortion had they known in advance about the diagnosis of Down syndrome. The Supreme Court has given them extra time to prepare their case, in a horrifying example of yet another wrongful birth claim.

In 2014, the parents visited a clinic to determine if their baby had any chromosomal abnormalities, and were told the risks were in the “low range,” so further testing was not necessary. Then, in 2015, their baby was born with Down syndrome and spent a few weeks in the NICU. The child’s parents are suing for “child-rearing and maintenance costs, as well as for loss of future earnings while caring for a child with a disability” according to 9News, with the mother also suing for personal injury.

While it is not known what specific testing was used for the child, first trimester screenings are just that: screenings. They are not diagnostic, and something like a nuchal translucency screening gives an odds-based result based on an ultrasound and blood test. The only diagnostic test, an amniocentesis, is performed in the second trimester, and carries a risk of miscarriage — which is why most doctors are not willing to have a patient undergo the procedure without a serious reason to do so.

Had the parents been able to find out prenatally, they would have most likely undergone a D&E abortion, or a dilation and evacuation, the most common second trimester abortion procedure. It takes several days, and the procedure begins with the abortionist inserting laminaria into the mother’s cervix to begin dilation. After several days, the mother returns to the facility, where the abortionist uses a sharp instrument called a sopher clamp to rip the baby apart limb from torso, at a time when she can almost certainly feel pain.

This kind of eugenic mindset — that doctors should be held liable for not delivering a prenatal diagnosis, and thus allowing a parent to kill their preborn child simply because of a disability — is disturbing, and yet indicative of the ableist mindset that continues to flourish today.

Children with disabilities have lives worth living, yet these wrongful birth suits send the message that they’re better off dead. Worse still is that these parents are publicly telling the world they wish they could have killed their child when they had a chance, and regret that they can’t do so now. How will their child feel when they inevitably grow up and see that their parents feel this way… and will their parents even care?