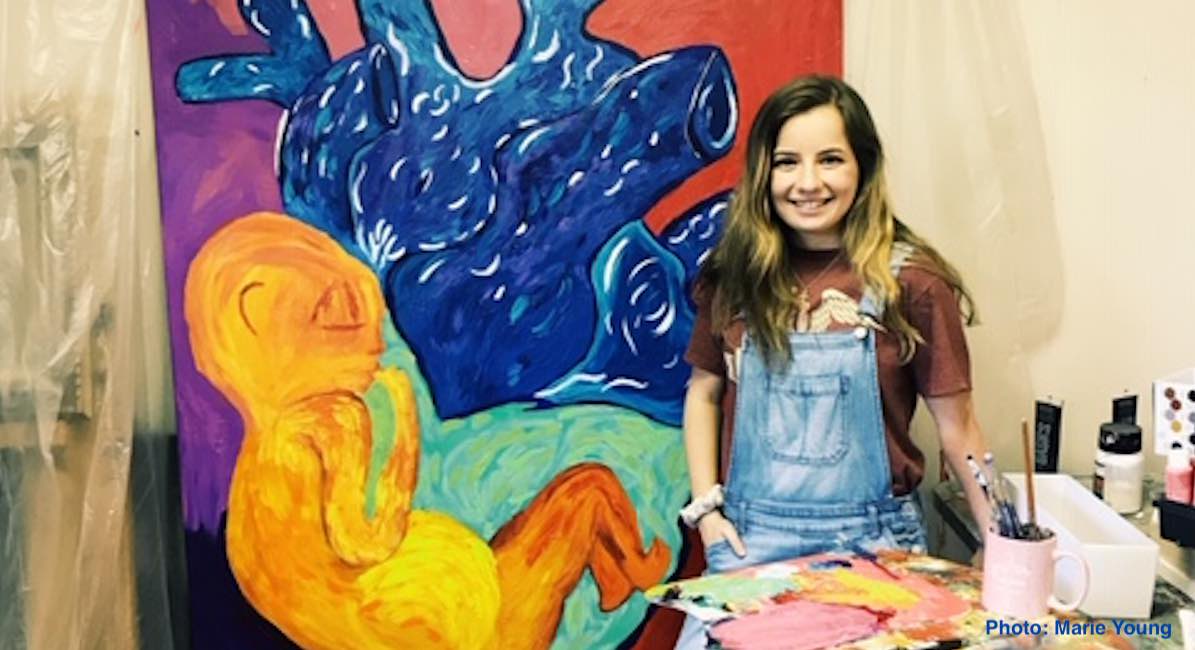 I am a full believer in giving people a chance at life. I choose to support life through my art — with words to speak for the speechless, and painting for when we need a visual. I didn’t start out as a pro-life artist, but I grew up as a pro-life activist. My dad is an OBGYN who puts emphasis in caring for his patients and the fight for the tiny humans in the womb. I grew up in an environment with pro-life family members, so by nurture and nature I was a proud pro-life supporter. My family and I would attend Foundation for Life every year in Sugarland, Texas. While the pro-life ministry had plenty of supporters when I was younger, in recent years, it has been struggling to stay afloat.

During my years as a homeschooler, from my sophomore through senior years, I fell more in love with art. But I didn’t make the connection of using my passion for art as a way to make a change — and I believed the voices of people who said, “Art is stupid; you can’t do much with art.” Hearing these words pushed me away from pursuing a career in art, and I proceeded to focus on other things I was passionate about.

READ: Artist’s show canceled not for controversial art, but because of his pro-life beliefs

After I graduated high school, my goal was to get a degree in psychology and then get certified in prenatal health. A year into school, however, I already felt emotionally sick from not doing as much art as I used to do, and I was struggling to attain a high grade point average. I ended up being put on probation and suspension from my college.

I felt miserable, realizing that psychology wasn’t for me. I even considered dropping out of college because I hadn’t found my niche. Instead, I switched to art education when I realized that art wasn’t just a hobby for me — it was my therapy. At the time, though, if someone had asked me to do a pro-life painting (or any painting making a statement about an issue, like abortion), I would have refused. As an artist, I appreciated a lot of art, but I wasn’t a fan of politically-themed paintings, because I wanted to do something more uplifting in a world so dark.

After going through a difficult relationship and dealing with anxiety as a result, I needed to turn to something that would help me get back on my feet again. During our relationship, I had drifted away from church. After things ended, I went back to church and I grabbed my paintbrush and started painting again, but the paintings were going to be bigger than the vision I had for myself this time. 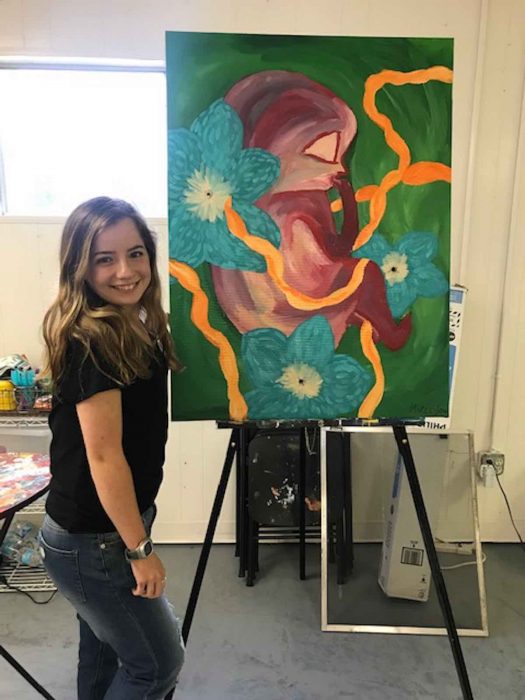 Even though I switched schools and majors, and continue to struggle, the pursuit of my education and my involvement in student ministry at a summer camp has helped me to allow God to bring me through some incredibly dark times. I wrestled with believing in God’s forgiveness for all the mistakes I’ve made, and have to constantly remind myself that He loves me, no matter what. I let God intercede in all my artwork as well as my life, and it was as if God was telling me, “I know this is going to be hard to paint, but you won’t be the one painting this time.” My point in saying all this is that I paint these images not to judge anyone, but so that women who have gone through so much pain know that they aren’t alone — that other women in the world feel the same way.

I am fully aware that I may get hateful comments on social media for posting anything supporting the pro-life movement, but I’ve also lived in fear of heartbreak and the disappointment of the world not understanding; however, fear isn’t a good reason to not speak out against injustice in the world while the media portrays the opposite.

My paintings and posts aren’t meant to cause arguments; they are meant to help people think differently, like any other aesthetic art piece. We must go into a world that is corrupt and change it fearlessly, despite what other people will say. We must stand for the ones we love — even the ones we don’t yet know, like the preborn — and we need to love unconditionally.

Create something louder than the noise. Counter what the world is screaming. Nothing is more artistic than life itself.