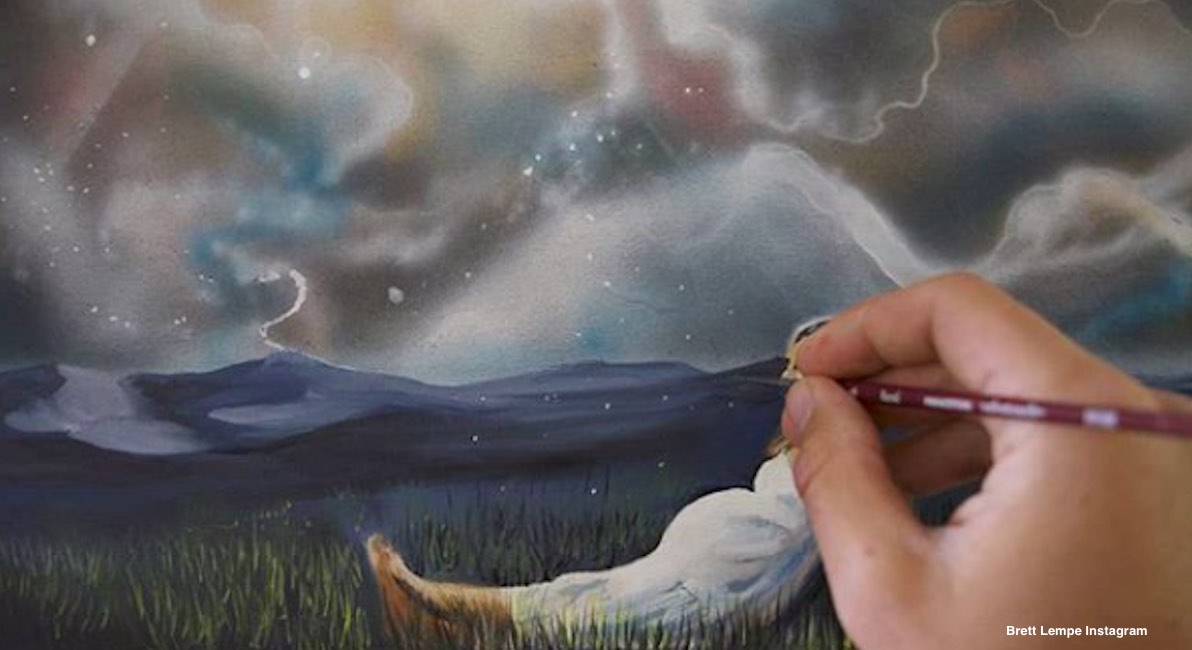 Artist Brett Lempe claims that an art show featuring his work and scheduled to open in August was canceled because the venue did not approve of his pro-life views. In posts on social media, Lempe, a 25-year-old artist and muralist based in Boulder, Colorado, wrote that the cancellation came not from pro-life content in the show he was working on, but instead simply because he is pro-life.

Lempe, who describes himself as Catholic on his personal website, posted a screenshot of the correspondence allegedly from the unnamed art gallery that cancelled his show. As one commenter on Instagram noted, the communication appears to come from Snapchat. The note, which Lempe says came from one of the venue owners, reads in part, “we won’t be affiliated at all with a pro-life message,” adding, “it is fundamentally against our beliefs and the goals of our community.” 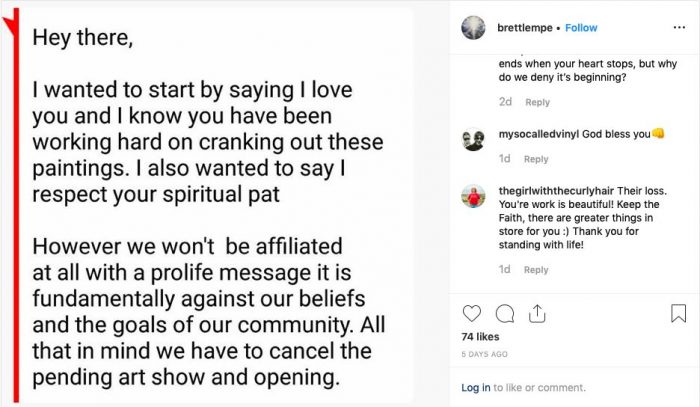 In his caption to the post on Instagram, Lempe wrote that he could understand the gallery not wanting to include explicitly pro-life works as this could create controversy for the gallery, but he says the cancellation was for no other reason than the fact that he is pro-life.

In his response, Lempe wrote, “I am pro life because life begins at conception. Biology is clear that at conception, a unique organism comes into existence. Since this new life possesses human DNA and is the offspring of human parents, it can only legitimately be described as human.” He continued, “Taking this life away, because the life is inconvenient to the parents, is wrong.”

Replying to comments on Instagram, Lempe said in part as a response to the cancellation, he and some other artists plan to open a show that is explicitly pro-life. The works Lempe completed for the cancelled show include an image of a pregnant woman entitled “Protector.” Lempe shared a picture of this piece on social media using hashtags including #prolife and #prolifegeneration.

Students for Life of America noted that Lempe’s experience is not the first this year of an art gallery allegedly discriminating against pro-lifers. Earlier this year, at the Walk for Life in San Francisco, a group of students attending the pro-life event were asked to leave an art gallery simply for being pro-life.