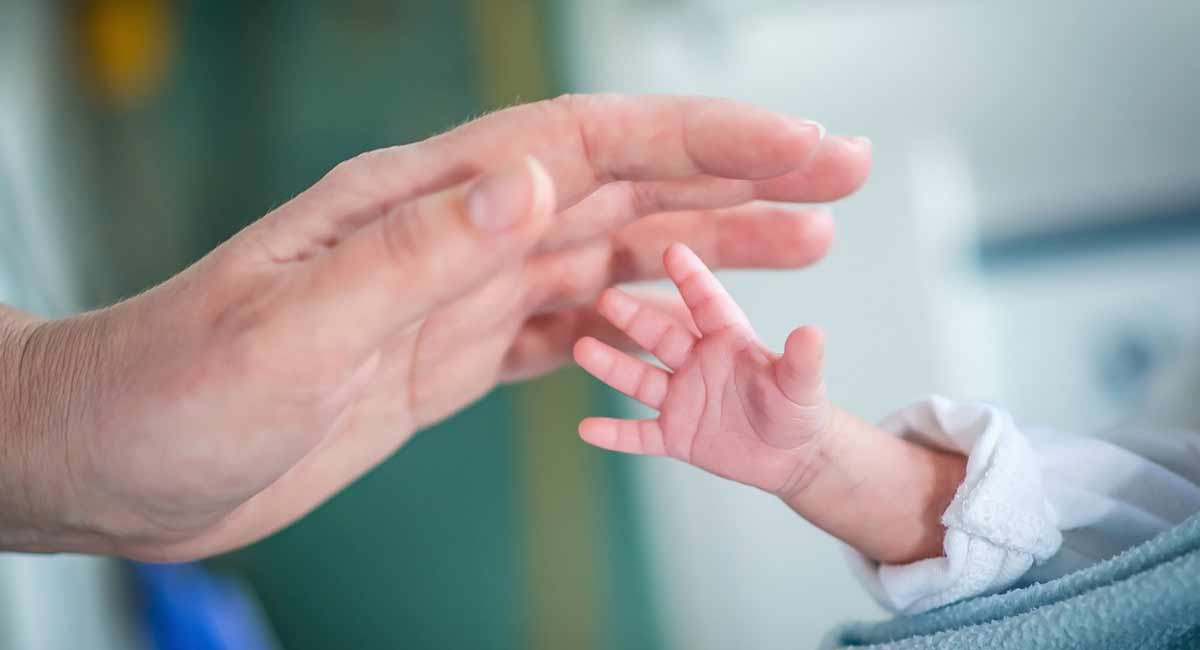 UPDATE, 2/20/19, 10:30 PM EST: The Arizona House Judiciary Committee has defeated legislation that would have removed protections for abortion survivors. Those protections were put in place 44 years ago, according to LifeNews.

House Bill 2696 sought to remove the protections and deny basic medical care to infants who survive failed abortion attempts on their lives. Rep. Raquel Teran, D-Phoenix, introduced the bill but said she only meant to repeal the 2017 law that expanded on the original and blamed a drafting error for the oversight. She requested that the bill be held, but the committee went forward with the debate anyway. Afterward, they amended the bill to include only a repeal of the 2017 update which stated what types of care would be given to infants and required that at least one medical personnel trained in neonatal resuscitation be in the room during abortions committed after 20 weeks gestation. That is because babies born at 21 weeks can survive. Despite the amendment, the bill was still rejected.

600 people arrived at the debate to protest the bill which failed in a vote of 8-0.

UPDATE, 2/20/19: The bill’s sponsor and some cosponsors have rescinded their support for the bill. A Facebook post gives details: 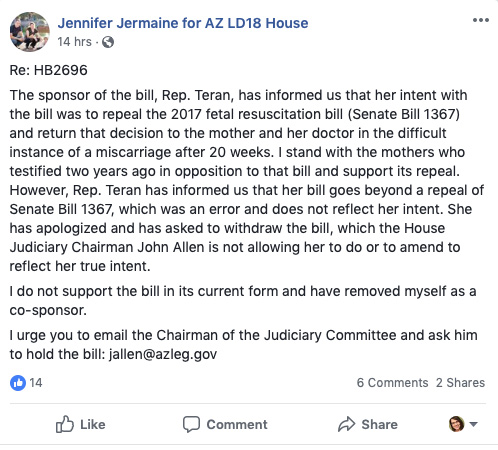 2/20/19: As pro-life members of Congress try to introduce the Born Alive Abortion Survivors Protection Act, federal legislation which would require medical treatment and care for infants who survive attempted abortions, pro-abortion legislators at the state-level are, shockingly, undoing protections for these abortion survivors. A new bill introduced by pro-abortion lawmakers in Arizona is being likened to the recent pro-abortion New York law that legalizing abortion up to birth and removed all protections for infants born alive during abortions. Arizona’s HB 2696 would remove any requirements in the law to care for born-alive infants, and it is scheduled for a vote in the Arizona House Judiciary Committee early Wednesday.

Currently, section 36-2301 of the Arizona statutes on Public Health and Safety reads:

If an abortion is performed and a human fetus or embryo is delivered alive, it is the duty of any physician performing such an abortion and any additional physician in attendance as required by section 36-2301.01 to see that all available means and medical skills are used to promote, preserve and maintain the life of such a fetus or embryo.

Additionally, 36-2301 requires the abortionist to report to the state if a baby is born alive during an attempted abortion and report “efforts made to promote, preserve and maintain the life of the fetus or embryo.” Reporting for every abortion also must include statements from all clinical staff who witnessed the aborted baby, certifying that, to the best of their knowledge, the baby was not born alive. HB 2696 would remove all of these requirements.

Arizona Planned Parenthood medical director DeShawn Taylor revealed to an undercover journalist that the statute requiring care for born-alive infants altered the way she committed abortions, and potentially prohibited her from altering procedures to increase the chances of harvesting organs from babies killed in abortions.

If HB 2696 passes, Arizona would join 19 other states that do not have legal protections for babies who survive botched abortions.

Editor’s Note: The title of this article was updated to reflect the vote results on 2/20/19.