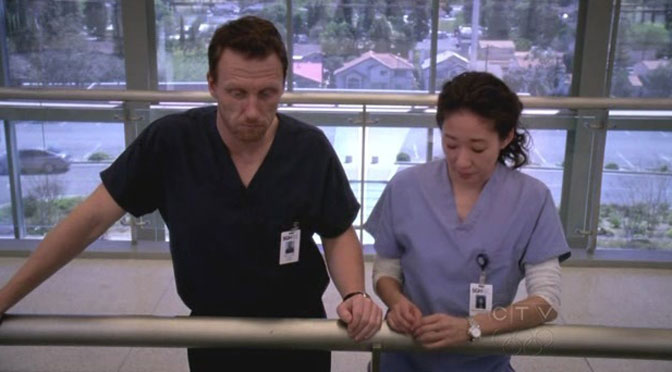 Abortion is an ugly, horrifying subject, and as such, conversations about it don’t typically lend themselves to humor. Sometimes, however, the cruelty and vitriol of its advocates gives way to fixations of such ridiculousness that they invite far more laughter than disgust. Such was the case last year, when University of California-San Francisco’s think-tank Advancing New Standards in Reproductive Health came out with a truly insane study purporting to expose pervasive anti-abortion bias in Hollywood, of all places.

Now, ANSIRH is back with another dire warning about abortion’s portrayal in media. This time, the problem is that TV characters who sought abortions between 2005 and 2014 were disproportionately white, young, and affluent, which threatens to give audiences unfair and unrealistic impressions of both the women who abort and why they choose to do so…

Compared to reports on real women’s reasons for abortion, immaturity or interference with future opportunities were overrepresented; financial hardship or pregnancy mistiming were underrepresented […] Onscreen representations may influence public understandings, contributing to the production of abortion stigma and judgments about appropriate restrictions on abortion care. Understanding the particular shape of inaccuracies around abortion portrayals can enable advocates and healthcare practitioners to identify and respond to popular misperceptions.

This isn’t as absurd as suggesting a 91% safety rate in fictional abortion stories is really a subliminal message that abortion is dangerous, but it’s in the ballpark. It comes from the same flawed premise, too: that the rates of anything on TV are representative of, or even taken as representative by the audience, their actual rates in real life. Characters are disproportionately young because the entertainment industry values attractiveness and white for reasons that have nothing to do with abortion (unless you think the inevitable abortion episode is the first thing on everyone’s minds during casting).

And as for economics, dramatic fiction by its very nature focuses on characters in either uncommon careers or uncommon circumstances – lives that more naturally lend themselves to more exotic experiences than what a viewer already gets at home. So unless we’re supposed to also worry about the public getting the mistaken impression that doctors, lawyers, and detectives make up a disproportionate share of the population, there isn’t any real reason to fret about abortion stereotypes here, either (other than, of course how a show’s actual content treats abortion, which is decidedly for it).

In fact, Jezebel’s Anna Merlin even noticed, albeit briefly, the hole in ANSIRH’s logic: “fictional abortion patients are overwhelmingly younger, wealthier, and whiter than abortion patients in real life. ‘That’s true of everything on TV,’ you could argue, correctly.” But in true Jezebel fashion, they move on from that observation without further comment, blissfully unconcerned that they just undermined their own premise.

Regardless of how real or deliberate these disparities are, the likelihood that they meaningfully color the abortion views of more than a small handful of the most indecisive viewers is extremely slim.

Most opposition to abortion revolves around the understanding that it’s an intolerable act of violence against a child deserving of basic rights and compassion. As such, whatever gradations in sympathy people may see in differing economic or lifestyle motivations for abortion will tend to be immaterial to their view of abortion’s acceptability. You have to get to circumstances as extreme as rape, in which a woman was subjected to horrible violence and had her say in the matter completely taken away, before people with strong feelings against abortion even begin to entertain the possibility of an exception.

On the flip side, someone who doesn’t believe a fetus is a living human being would have no reason to draw a different line for any of an abortion seeker’s motivations. Sure, he might find some more irresponsible or less dire than others, but why would he care if there’s nothing problematic about the abortion itself? We allow people to make lots of selfish, reckless, and unnecessary personal decisions.

Both of these studies seem to suggest a fundamental insecurity about their cause. If you’re truly confident that abortion is ethically proper, then you should have no problem with letting the chips fall where they may in open and direct discussion of its every aspect. But if you aren’t, you feel the need to pad out your case with every emotional modifier you can think of, making sure that the act of abortion is bathed in the most sympathetic light possible and constantly on guard for anything with a weaker grip on the heartstrings.