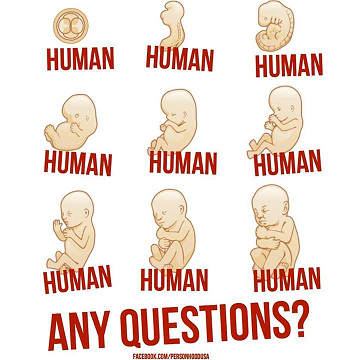 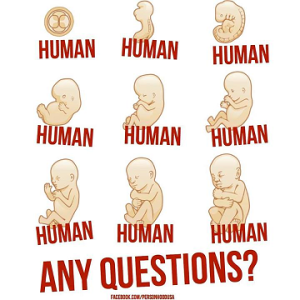 J.D. Bridges of TowardLiberty.com and I have been having an ongoing debate about libertarianism and abortion. Bridges has consistently maintained that “a woman has a property right in her body” and so “abortion … is not murder but really eviction.” In both my responses, I’ve countered that, according to libertarianism, abortion is murder.

Bridges’ latest response tripled down on his argument. He objected to my concept of natural rights, which John Locke, a philosopher from the 1600s, originated. Although Locke declared that “every Man has a Property in his own Person,” Locke defined natural rights in terms of rights to life, liberty, and property. Bridges preferred the concept of natural rights that Murray Rothbard, a prominent libertarian thinker, originated in the mid-20th century. Rothbard defined all natural rights in terms of property rights. For instance, in The Ethics of Liberty (1982), Rothbard argued that, even with the freedom of speech, “there is only a man’s property right: the right to…[speak] as he wills with his own [property] or to make voluntary agreements with other property owners [to speak].” As I’ve discussed in a previous article, Rothbard claimed that during abortions, women are simply protecting their bodily property from unborn babies, who are “unwanted guests.”

But Bridges’ objection to my treatment of natural rights is misguided. Edwin Vieira, Jr., in his article “The ‘Right’ of Abortion: A Dogma in Search of a Rationale,” argued why libertarians should embrace the right to life. Vieira noted the right to life isn’t a right to be given life or to be supported until adulthood, just as there’s no right to get someone else’s property. Rather, the right to life is “the right not to be killed by an aggressor.” Vieira argued that without the right to life, people could legally kill each other over property, making property rights meaningless.

To elucidate Vieira’s point, Bridges should consider that John Walker, in his article “Children’s Rights versus Murray Rothbard’s The Ethics of Liberty,” explained why women don’t even “own” their bodies as Rothbard suggested. According to Walker, ownership of an entity requires that one can sell or give away the given entity to somebody else. However, a woman still possesses herself if she sells or gives herself away to someone else in, say, slavery. Thus, she doesn’t “own” her body. As Walker concluded, Rothbard and others shouldn’t have applied the idea of property to people and their bodies. Accordingly, Bridges and others should expand their Rothbardian view of natural rights to include the right to life. However, this expansion seems unlikely, as Bridges and others would have to say that “a woman has no property right in her body,” and so “abortion … is not eviction but really murder.”

Bridges also objected to my suggestion that women who have sex implicitly invite unborn babies into their wombs. However, this objection was a significant retreat by Bridges from his previous statement that “because mothers understand that they may become pregnant through sex, [I completely agree with Smyth that] they implicitly consent to the possibility of getting pregnant.” Moreover, Randy England, in his book Free is Beautiful: Why Catholics should be Libertarian (2012), confronted Bridges’ objection. In footnote 114, England noted that even a woman who uses contraception consents to the possibility of conception. If she becomes pregnant, the mother is responsible, and the situation is “much like a driver who drinks too much alcohol and causes an accident without ever having intended to hurt anyone.”

Bridges asked, “[I]f a woman is raped [and becomes pregnant]…is there an implicit contract [between the woman and her unborn baby]?” Of course not, but libertarian principles still command that abortion would be wrong. Without getting into a long discussion regarding the exceptional case of rape, I refer Bridges to John Walker’s article “Abortion in the Case of Pregnancy Due to Rape” at Libertarians for Life.

Bridges also falsely suggested that my article, which argued that mothers shouldn’t get abortions, promoted the institution of positive rights, which are rights that “entitl[e] a person to have another do some act for the benefit of the person entitled.” According to Bridges, I argued that an unborn baby is entitled to his or her mother’s womb and bodily nutrients, as, say, Joe deserves Bob’s kidney if Joe will die and has no alternative kidneys.

However, if Bridges read my article carefully, he would realize I made no such argument. In addition, Vieira’s above article described why pro-life views don’t translate into support for positive rights as Bridges described above. Vieira stated that there’s no “socialist right to life,” as in a right to others’ labor or resources to live. However, Vieira noted that a libertarian society could still legitimately force those who endanger the lives of others to support their victims or potential victims. For example, Vieira noted that if a negligent motorist hits a pedestrian, a law could force the motorist to pay the pedestrian’s medical bills. Vieira noted that expecting parents have put their unborn babies into a potentially dangerous situation in the mothers’ wombs, so mothers must support their unborn babies.

England’s above book also addressed the issue of legal liability for endangering others. On p. 60, England gave the example of a woman who decides to pick up a baby. England asked, “[M]ay she then drop it to the floor, with the excuse that she has every right not to hold babies?” England concluded that, if the woman drops the baby, she would be an aggressor similar to how mothers who get abortions are aggressors.

To clarify Vieira’s and England’s reasoning, Bridges should note that Doris Gordon’s article “Abortion and Rights: Applying Libertarian Principles Correctly” showed why parents are responsible for their unborn babies. Gordon discussed how Rothbard and others have argued that mothers who give birth are good Samaritans because mothers have no duty to do so. However, as Gordon noted, “a good Samaritan is not a causative agent of another’s need for support.” By having sex, parents cause situations where unborn babies need the mothers’ wombs and bodily support to survive. Thus, according to Gordon, parents must not endanger their unborn babies through “evictions from the womb” so as “not to aggress.”

Bridges also claimed that my article failed to distinguish between murder and letting someone die, as I argued, without elaboration, “that a drug that cuts off the flow of nutrients from a mother to an unborn baby would obstruct natural processes for unborn babies to live, just as suffocating someone already born would obstruct his or her air flow.” Although I thought it’s clear that intentionally disrupting a natural process for a person to live would be murder and not just letting that person die, Bridges is correct that I could elaborate on this distinction.

Without directly addressing the permissibility of such a drug, Gordon’s above article nevertheless helps explain why using such a drug would be murder and not simply letting unborn babies die. Gordon discussed the similar situation of an “eviction from the womb” that safely removes an unborn baby from a womb to die of outside exposure. Gordon argued that one couldn’t consider such an eviction to be a way of letting that baby die. For one, Gordon noted that such an eviction would be an active intervention against an unborn baby, who needs a womb to survive. As “letting die” implies inaction, such an eviction would clearly be murder. Using Gordon’s reasoning for such evictions, if a mother used the above drug, she would actively ensure her baby’s death. Thus, using such a drug would be murder.

Finally, without intending to do so, Bridges actually argued that abortion is murder. While criticizing me for not distinguishing between murder and letting someone die as described above, Bridges said that “[m]urder is a violation of a person’s property right in…[himself or herself] such that the person’s body dies. Death is a condition, while murder is an action.” Abortion is an intentional, aggressive action that, if one accepts Rothbard’s concept of natural rights, destroys babies’ property rights in themselves such that their bodies die. Thus, even according to Bridges, abortion is murder.