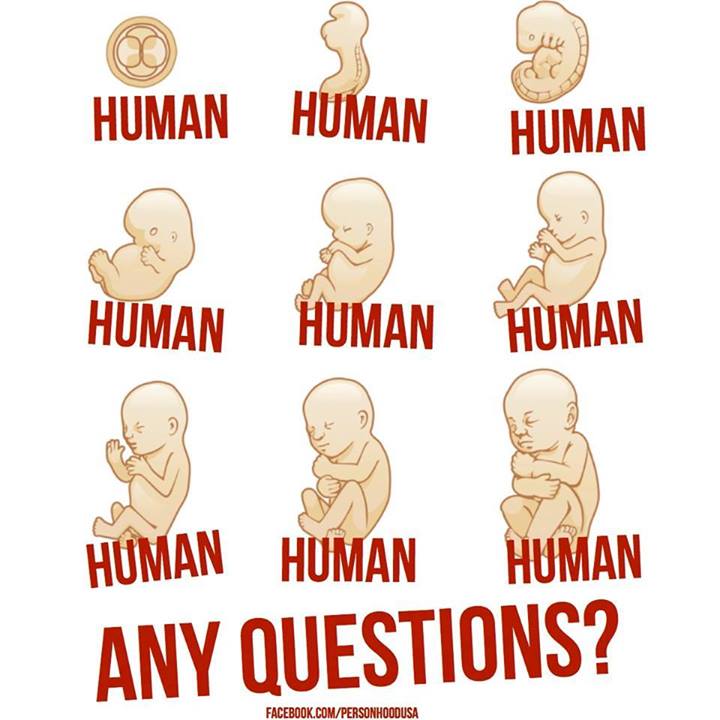 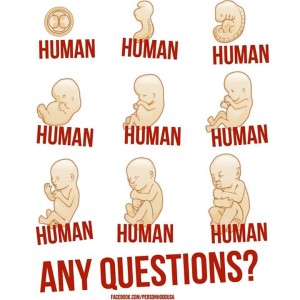 The past two weeks, J.D. Bridges of TowardLiberty.com and I have been having an interesting debate about libertarianism and abortion. Our debate started with my article “2014’s March for Life: C’mon, Libertarians!,” which argued that libertarians should view all abortions as violations of unborn babies’ rights to life, to liberty, and to determine their own fates. Before the March, we went back and forth over Bridges’ claim that “a woman has a property right in her body” and so “abortion … is not murder but really eviction.”

Unfortunately, Bridges’ view is widespread among libertarians. Just last week and in reference to 2014’s March for Life, Laurie Rice of the Atlas Society, a libertarian research organization, said the “[p]ro-life [view] … means initiating force against women to separate them from the ownership of their own bodies.”

Last week, Bridges doubled down on his claim that abortions are “evictions from the womb” and not murder. Bridges agreed with me that mothers invite unborn children into their wombs by having sex. Nevertheless, with the following analogy to a party host, Bridges suggested that women can still “evict” their unborn guests because nine months can take forever:

However, Bridges’ party host analogy is weak and unconvincing. Bridges should note that, because average pregnancies last nine months, mothers’ invites to their unborn children are for periods longer than any party. Also, as Randy England noted on p. 59 of his book Free is Beautiful: Why Catholics Should Be Libertarian (2012), it’s nature that forces unborn babies into their mothers’ wombs. No party hosts force guests to attend their parties in this way.

Bridges also argued that abortions are similar to when building owners evict “problem people” from their buildings. For instance, Bridges argued that a restaurant owner could evict, say, a visitor who unfortunately falls into a coma in the restaurant.

But again Bridges is wrong. Such evictions by building owners of “problem people” rarely, if ever, kill the “problem people.” For instance, in Bridges’ analogy of the restaurant owner and comatose man, the comatose man most likely had access to alternative properties to survive after his eviction. For example, the comatose man’s family members or Catholic hospitals could have helped him. Conversely, unborn babies facing “evictions from the womb” have no alternative places to live. Also, by evicting the comatose man, the restaurant owner never placed him in actual danger, such as in oncoming traffic. But during abortions, mothers expose their unborn babies to mortal danger.

Nevertheless, it’s possible for building owners to commit murder by evicting “problem people.” I wonder if Bridges would legally permit the actions of Jen, a house owner, who evicted Beth, her adopted “problem child,” in my following scenario:

Jen, a single woman, adopted a 3-year-old girl named Beth, and they lived in a remote house in Alaska. There were no other shelters for 100 miles. The adoption agency told Jen that Beth could often be annoying, as Beth liked to playfully kick people and could be restless. But Jen adopted Beth anyway. Unsurprisingly, after a couple months Beth exasperated Jen with restless antics. Jen’s stress affected her sleep and caused nausea on many mornings, which the adoption agency warned could happen. So one winter day Jen evicted Beth, and Jen gave Beth nothing to survive outside. The temperature was way below freezing, so Beth died within minutes.

I believe that Beth’s eviction was murder, because similar to unborn babies facing “evictions from the womb,” Beth had access to no alternative shelters to survive and faced direct, mortal danger given the frigid weather. Since Jen invited Beth into her life and home through adoption, and Beth had no choice but to live with Jen, Jen assumed the moral and legal duty to not endanger Beth.

In another argument, Bridges implied that pro-life libertarians who accept the restaurant owner’s right to evict the comatose man from his restaurant should at least permit mothers seeking abortion to take a “drug that blocks the flow of nutrients from mother to fetus.” According to Bridges, such a drug would simply deprive unborn babies of access to their mothers’ property.

But yet again, Bridges is wrong. Such a drug would obstruct natural processes for unborn babies to live, just as suffocating someone already born would obstruct his or her air flow.