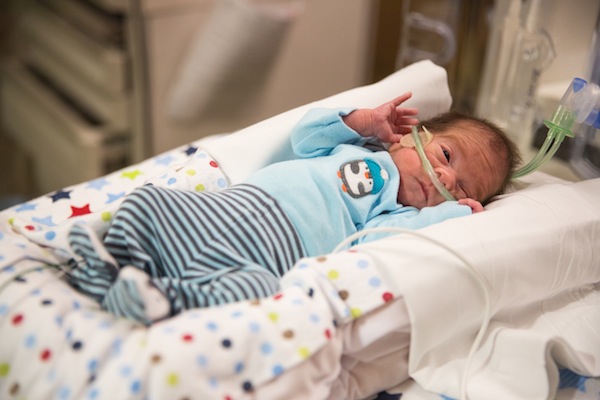 Live Action News reported on May 6 that the baby boy, deemed too young to survive outside the womb when his mother collapsed at 22 weeks, was saved by a team of over 100 doctors and hospital personnel who worked to sustain Karla’s body for another two months, until Angel could be delivered by C-section at 30 weeks.

After more than two months in neonatal intensive care, CBS News quotes Dr. David Minderman of Methodist Women’s Hospital as confirming that Angel is in good health and shows no signs of complications from the unique circumstances of his gestation. The child is now under the care of maternal grandparents Modesto and Berta Jimenez.

“Not only did she stay alive for 54 days after what happened to her, to give her baby life, but she also saved the lives of three other people,” Berta Jimenez told CBS, referencing the recipients of the organs donated upon Karla’s death. “I’m so very proud of her.”

The hospital notes that prior to baby Angel’s birth, only 33 instances of similar births have been reported in the entire world since 1982. Despite their rarity, such stories provide a stark contrast to cases such as that of Texas woman Marlise Munoz, whose life support was pulled at the same stage of pregnancy Karla was at when her family decided to try saving Angel’s life. Munoz’s family and pro-choice observers claimed keeping her alive would inflict severe birth defects on her baby—an outcome which did not come to pass in Nebraska.