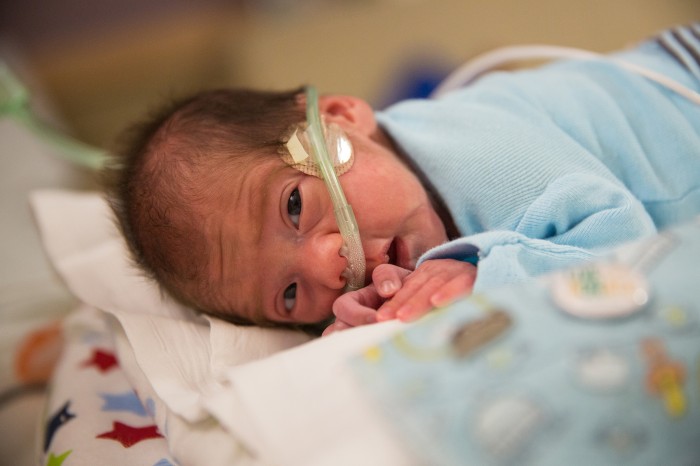 Baby Angel Perez was welcomed into the world on April 4, 2015, but the happiness of his birth is complicated by the tragedy that surrounds it. His mother, 22-year-old Karla Perez, suffered a brain bleed 54 days earlier, and was left brain-dead as a result.

After complaining of a severe headache, Perez collapsed on February 8. She was just 22 weeks pregnant, and doctors knew her baby was too young to survive outside the womb.

According to NBC News, a team of more than 100 doctors, nurses, and staff worked to keep her alive until she reached 32 weeks so they could deliver her baby via C-section. Unfortunately, Perez’s condition worsened, and baby Angel had to be delivered at 30 weeks, weighing just two pounds and 12.6 ounces.

“Our team took a giant leap of faith,” Sue Korth, vice president and COO of Methodist Women’s Hospital, said in a statement. “We were attempting something that not many before us have been able to do.” Baby Angel is currently in an incubator and is being fed through a tube. Dr. Brady Kerr, a neonatologist, said they are “cautiously optimistic.”

Angel joins two other children who have been born in recent years to brain dead mothers, including one in Hungary in 2013 and one in Virginia in 2005.