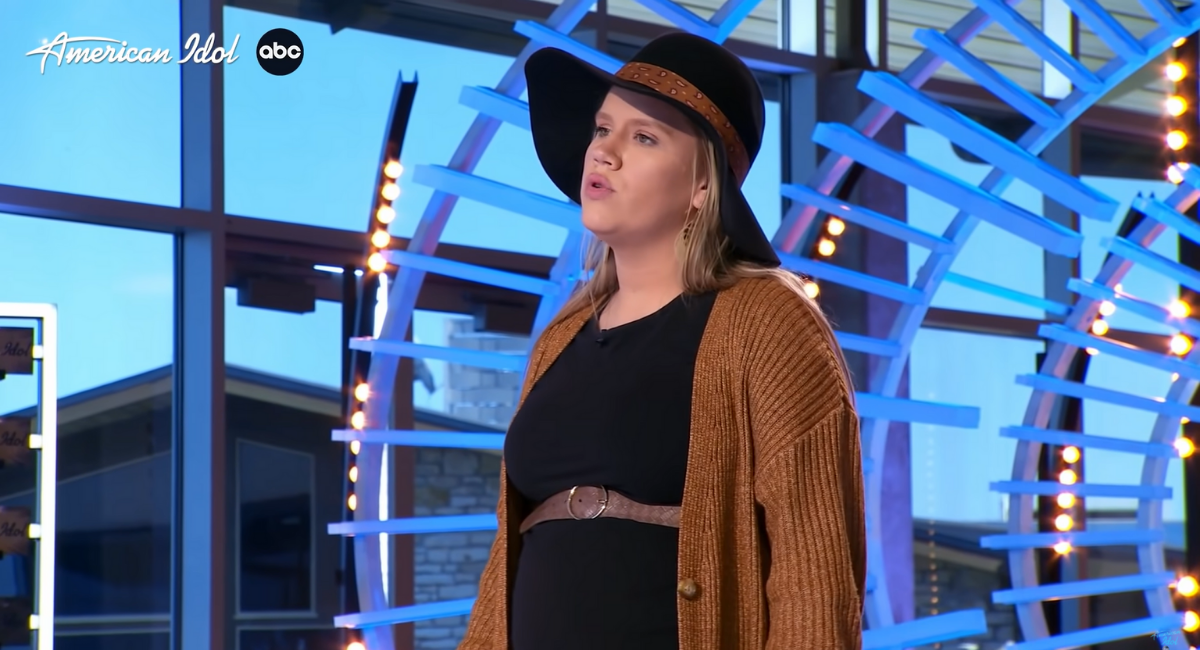 Singer Haley Slaton auditioned for American Idol while she was over five months pregnant. She’s since given birth to her baby, but it’s not yet known how far she made it in the star-making reality show. It has also been revealed that while filming American Idol, Slaton met her now-husband who didn’t shy away from the fact that she was pregnant.

During the auditions, Slaton met Jordan Myles, who was also a contestant on the show. The tryouts were held in October; the couple married months later in December. “We got married pretty quick,” Slaton told the Gazette. “We just knew. We started right off the bat talking to each other, and it ended up being an everyday thing. I was already pregnant, and he stepped up to be a father, and I couldn’t thank him enough for that. We’re very in love, we’re very happy that we met, and I feel like another reason why I was on the show was to meet him. That was a great experience — to meet someone that I finally could spend the rest of my life with.”

Slaton was concerned her pregnancy would impact her singing, but she was able to wow the judges despite her nerves.

“I was definitely very nervous, because being pregnant on the show, I obviously didn’t have a lot of wind,” she said. “I was very nervous that I wasn’t going to be able to hold a note, or something was going to happen, but once I got up there in front of the judges, they made me feel really at home. They made me feel like they’re just humans, too, and we’re all human, so I went up there and gave it my best.”

After singing for the judges — Lionel Richie, Katy Perry, and Luke Bryan — Slaton was voted to advance to the Hollywood round of auditions. As Slaton has since given birth to a son she named Jaelyn, she may have given birth while on the show, though viewers won’t know until the pre-taped Hollywood rounds air.

During her audition segment, Slaton made sure both viewers and the judges knew that being pregnant wouldn’t hold her back from chasing her dream. “Being on the show pregnant is actually not going to be an obstacle for me,” she said. “Just being a mom shouldn’t stop you from following your dreams. I just really want to do this for my son and give him a really good life and I really want to show him to never stop chasing his dreams in the future. Never give up on your dreams. Mommy went and chased hers.”

Though she has been dubbed the first-ever American Idol contestant to audition while pregnant, at least one other pregnant woman has auditioned for the show. In 2020, 23-year-old Amber Fiedler auditioned while she was 38 weeks pregnant, telling the judges she would be placing her baby for an open adoption. Despite singing with a “foot in her rib,” she wowed the judges and won a golden ticket. Having been raised by her grandmother due to her own mother’s drug addiction, Fiedler wanted the best life she could give her baby.

“Having the time to really think and reflect on my life, the baby, she saved me. She really did. And so, thanks,” she said looking down and rubbing her belly.