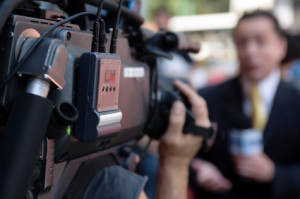 It’s a little funny hearing abortion advocates talk about wanting to be more “pro-science,” considering how very frequently they try to keep women from ever knowing the truth about the science of reproduction, embryology, and pregnancy.

Misinformation and manipulation are the bread and butter of the abortion industry. And the media happily plays along. But that’s not enough for abortion extremist Amanda Marcotte, who claims to have five ways to ensure “scientifically accurate” reporting on “reproductive rights”. Of course, it’s really just a way to make the media even more pro-abortion.

She starts by asserting that the media shouldn’t bother giving airtime to the pro-life point of view, and stick to “scientific facts” alone.

It’s hard not to wonder how different the debate over reproductive rights in this country would look if pundits were restrained from, or just felt duty-bound, to accept scientific fact—or facts in general! (If I hear one more right-wing pundit claim that the Hobby Lobby case is about “the government” buying women “free” contraception, I will scream. It’s about women using their own earned benefits to buy contraception, no government funding involved.) Likewise, what if every news story covering the issue made a point of correcting scientific misinformation spouted by anti-choicers? It wouldn’t do anything to change anti-choice minds, but it could go a long way toward clearing up some confusing issues and allowing the actual values debate to be understood for what it is.

Marcotte then rattles off a list that she claims would make media coverage of abortion more “scientifically accurate.” But how accurate are her facts, exactly?

Nice try, Marcotte. Unfortunately, it’s a blatant lie. Take New York, for example, the abortion capital of American. Tanning salons are inspected more frequently than abortion clinics are. When clinics in Virginia were finally inspected, not a single clinic was free of violations, with the nine clinics in the state racking up a whopping eighty violations. And these weren’t even surprise inspections — the clinics knew they were coming — yet clinic employees thought that their horrible conditions were still acceptable. It’s also been found that tattoo parlors are held to stricter regulations than abortion clinics. I could go on, but do I need to?

2. Be clear on the difference between a zygote, an embryo, and a fetus.

Absolutely, go right ahead and be clear on the difference. But while there is absolutely a difference between the three, it doesn’t make it right to kill an unborn baby at any point in the pregnancy. The difference between a zygote, an embryo, and a fetus is merely one of development; after all, the same exact thing applies when we label born children as infants, toddlers, children, and teenagers. It doesn’t change the reality of what is actually being described: a person. Even as a zygote, the unborn child is still a fully separate being, a human with their own DNA strand. If we argue that there’s a developmental benchmark for when it is and isn’t allowable to kill your child, then where would the line possibly stop?

3. Birth control is not abortion.

She’s talking about how emergency contraception like Plan B is just that, emergency contraception, and that they don’t work as abortifacients. It is mainly an argument of conception vs. fertilization. And it goes right back to the above argument, of playing semantics with human life. If abortion advocates like Marcotte don’t view a fertilized egg as a life, then surely the Plan B pill doesn’t work as an abortifacient, because there’s nothing there to kill.

4. Non-procreative sex is normal behavior in the United States.

She’s absolutely right. People have every right to use birth control if they want to avoid pregnancy. That doesn’t mean that they have the right to have said birth control provided to them, either by the government or by their employer.

Right again: abortion in the United States is not rare. But just because something happens often doesn’t mean that it’s a good thing. You know what else happens all the time? Murder. Rape. Assault. Theft. Drug Abuse. These things are common, too, but no one runs around shrieking about how we need to legalize rape because hey, it’s already pretty dang common.

None of Marcotte’s arguments are all that fact-based, which isn’t altogether surprising when you consider the fact that science has been on the pro-life side for quite some time now. As medicine has advanced, the pro-abortion cause has fallen. That’s why Planned Parenthood has to lie about the science to abortion-minded women. It’s why Amanda Marcotte felt the need to write up a little playlist on how to make the already pro-abortion media even more biased than it already is.