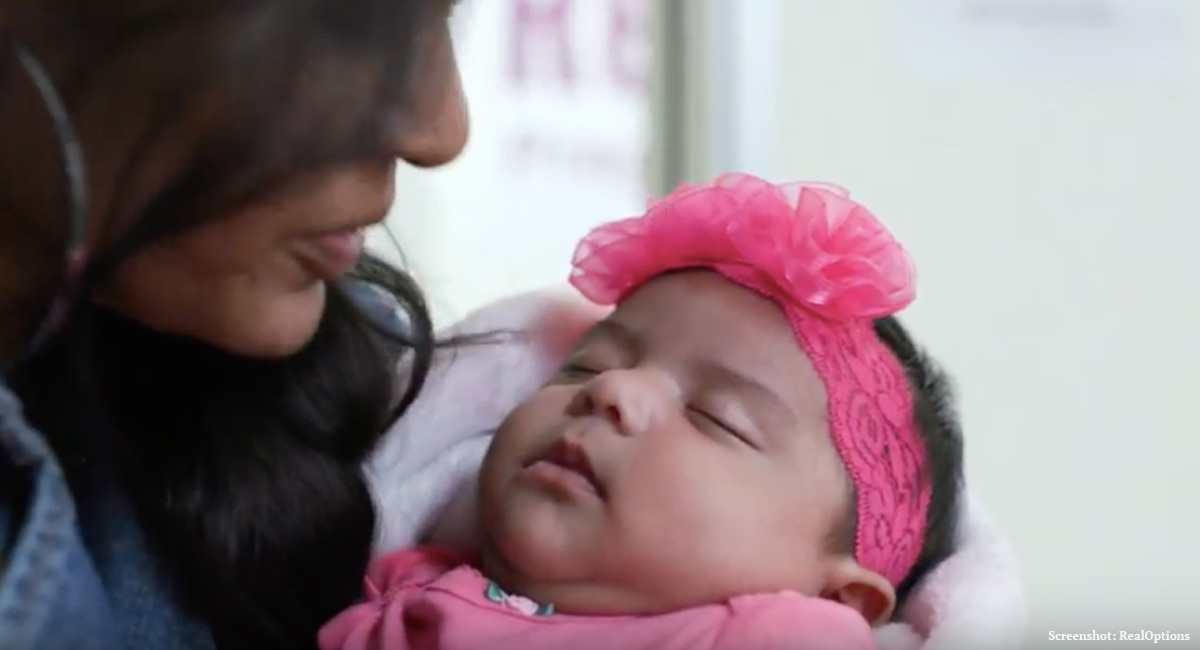 Gabriela and Gumer Lara welcomed a baby girl on September 16, 2018. But if it had not been for abortion pill reversal, their daughter might not be here. A new video from RealOptions shows the story of how their baby’s life was saved.

The couple had two sons and a daughter, and several years ago, they experienced a devastating miscarriage that left the family traumatized. While on birth control three years later, Gabriela discovered she was pregnant again. As with the last pregnancy, Gabriela started bleeding, which made her think there was something wrong with the baby. Gabriela and Gumer were both worried that this pregnancy would once again end in loss. In desperation, Gabriela went to Planned Parenthood and Kaiser hospital seeking an abortion. She was advised the abortion pill would cost $200, and she took the first pill.

Gabriela says, “I remember when I went home… now I was sad. I feel guilty. Nothing made me happy. I was crying the whole night.” Early the next morning, Gabriela called Kaiser Hospital saying she did not want to continue the abortion. She was told there was nothing that could be done and she had to complete the abortion by taking the second pill, because her baby would likely have many defects. This is untrue, as the American College of Obstetricians and Gynecologists (ACOG) explains: “No evidence exists to date of a teratogenic effect of mifepristone.” This means there is no evidence that mifepristone — the first pill in a medication abortion — causes birth defects, even though women are commonly told that it does.

(Watch the video below to see what is involved with a medication abortion.)

Instead, Gabriela searched the internet for other help and found Obria Medical Clinics. She was able to make an appointment for the same day and began the process of abortion pill reversal, which includes a series of injections throughout the first trimester to increase progesterone.

At the second appointment with RealOptions, Gabriela saw her daughter on an ultrasound, and on September 16th, the family welcomed a healthy baby girl they named Gabriela.

Baby Gabriela is not alone. More than 500 babies have been saved using abortion pill reversal, with another 100 on the way.