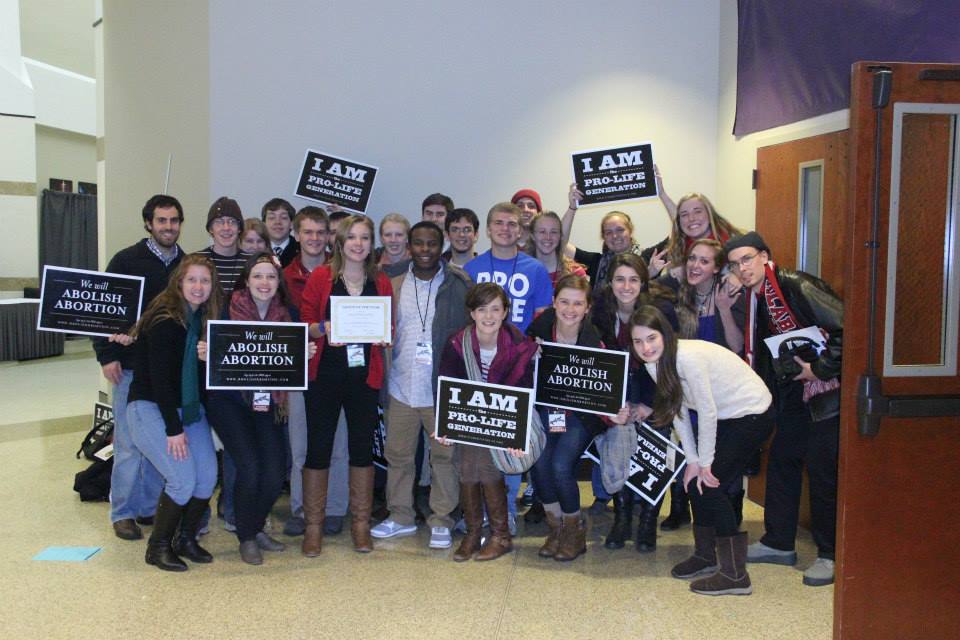 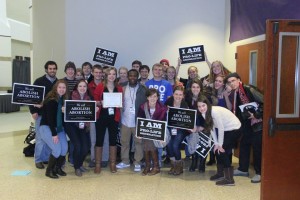 “We were so excited to win,” says Elizabeth Rust, Vice President of the group.  “We found out that night. We were surprised. We meet every week and are busy but we didn’t know how active we were compared to other campuses.”

The pro-life student group was very busy in 2013 placing information tables throughout campus, teaching students about fetal development and abortion, and sparking conversations about abortion.  They continue to hand out free pregnancy tests, serve on the board of the local pregnancy resource center, and have even created a pregnancy resource website for pregnant students. Then on Saturdays, they head out to pray at the local abortion clinic.  They even run their local 40 Days for Life Campaign, which saved six babies from abortion in 2013.

Last year, Bama Students for Life brought the Genocide Awareness Project to their campus, displaying photos of aborted babies so that people could become aware of the realities of abortion. Their Pregnant on Campus Initiative also made a lot of waves on campus, and they plan to expand it in 2014.

But as is true for any truly pro-life group, their presence has caused a bit of backlash. Each week when they pray and counsel women outside of the abortion clinics, the pro-abortion activists stand with them, holding protest signs in front of the pro-lifers and blocking women with umbrellas. In an attempt to discourage Bama Students for Life and other pro-lifers from coming to the clinic, the pro-abortion group started an “Adopt-an-Anti” campaign, raising money for the abortion clinic by asking donors to give $5-$10 for every pro-lifer who was present. This didn’t discourage the Bama students one bit, however; in fact, they turned around and asked pro-lifers to adopt them as well with “Adopt-an-Abolitionist”, raising money to save lives.

“[The pro-abortion group] didn’t react to it,” says Rust, “but it was our way of saying that we were going to be out there and that they weren’t going to scare us away. Mostly we don’t interact with them. We’re there for the women, not them.”

Last semester, Bama Students for Life started a lot of conversations on campus with people who were strongly pro-choice and with people who hadn’t yet formed an opinion about abortion.  According to Rust, most of them were affected by hearing the truth about abortion. Some left with a lot more questions than they came with and others left feeling very insecure about the pro-abortion position.

This year, Rust says the group will keep doing what it’s been doing, focusing strongly on their Pregnant on Campus Initiative and continuing to educate their classmates and larger community. They are currently planning “Life Week” in April with a different event each day to raise awareness and get discussions started. The event will include a Cemetery of the Innocents with thousands of pink and blue flags representing children killed each day through abortion. In addition, they plan on expanding their 40 Days for Life Campaign by having at least two members present at the clinic twenty-four hours a day for all forty days.

“We’re gonna keep on going,” says Rust, “We have some great new members taking on a lot of responsibility. This group is not going away. We’re going to keep on fighting as long as abortion is here.”