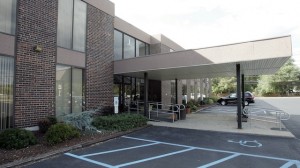 Which are more important – abortion profits, or women’s lives?

As expected, Alabama governor Robert Bentley signed the “We Dare Defend Our Right to Life” law that overwhelming passed the Alabama House and Senate, making Alabama one of the most pro-life states in the nation.

Also as expected, Planned Parenthood has warned that “an almost certain legal challenge [will] befall this law.” The abortion industry rhetoric continues with its usual mantras, which insist that a right to abortion on demand, under basically any medical conditions, is a fundamental right for all women. Comparing a similar law passed recently in Mississippi, CNN reports:

A similar new law in Mississippi has put that state’s only abortion provider “on the verge of closing” because of such an admitting privileges requirement, Planned Parenthood said. That clinic is challenging the Mississippi law in federal court, saying the state would end up banning abortion because the clinic’s doctors haven’t been able to gain the privileges.

An important point here is that abortion has not become illegal simply because medical standards are being enacted. The rhetoric of the abortion industry implies that safety laws are hindering a legal right. In fact, safety laws are legal protection in every other medical procedure without question of rights. There isn’t a normal person who wouldn’t want to see a clinic close its doors if it is risking lives with its lack of safety procedures.

It’s an interesting point to note that the abortion industry continues to hold a higher value on the right to take a baby’s life than it does the safety of the mother. So the question is, whom are they actually helping? The only answer can be the abortionist and clinic. No one else benefits. A woman who has surgery at a faculty not licensed for surgery, who could not be transported on a gurney because the door isn’t wide enough, whose doctor can’t admit her to a hospital in an emergency…that woman is not benefiting. She is actually taking a greater risk.

What kind of institution insists that widely applied medical care standards are an infringement of rights? Only the abortion industry.

The sponsor of the Alabama bill, who happens to be a woman, Rep. Mary Sue McClurkin (R), told CNN that if clinics actually cared about women, they would embrace a law liked this. I wouldn’t let anyone I love go to a hospital that does not meet national safety standards. Most people wouldn’t. As McClurkin told CNN:

For far too long, Alabama has had more health regulations in place to protect your cat or dog at a vet clinic than it does for a woman receiving an abortion; this law will correct that shameful disparity.

Consider that truth. This law protects women by giving them safety standards that even animals can rely on. Every woman in the nation, no matter what her opinion on abortion, should be troubled by that reality. People who care about women will adopt standards of care that help them. The old adage spoken by almost every mother in the world holds true: “actions speak louder than words.” The actions of the abortion industry to put women at risk speak louder than its words about caring for women’s health.

A Planned Parenthood representative told CNN, in response to the five abortion clinics in the state needing to remodel to meet requirements, “It puts an undue burden on existing facilities. All of this makes it harder to access health care.” This statement is bewildering.

The abortion industry insists that the cost to make clinics meet standards would be prohibitive, but it makes no bones about the costs of legal battles to get out of it. Their logic is astounding, and detrimental to the lives of not only the babies who are killed for profit, but also the moms who go to them for medical help in a moment of crisis.

On Tuesday, when Gov. Bentley signed this law, Alabama took a step forward and said that the lives of women, as well as babies, are more important than the profit of an industry that doesn’t regard them as anything but clients.