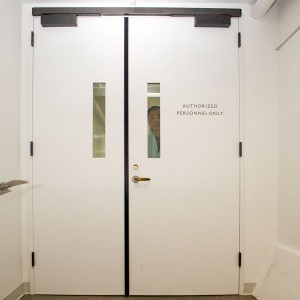 Any abortion clinic truly interested in protecting women will embrace this legislation.

Taking its lead from neighboring Mississippi, the Alabama legislature approved a bill Tuesday that would make physicians at abortion clinics obtain admitting privileges at a local hospital. Gov. Robert Bentley said Wednesday he would sign the bill. In fact, Bentley is himself a physician and calls the abortion industry’s bluff by noting:

If a doctor cannot obtain admitting privileges in the area where they practice, then they probably should not be practicing there.

Alabama, which as already seen one of its abortion clinics have its license revoked for its substandard practices (which continued to operate despite the revocation) is home to five abortion clinics, which took the lives of almost 10,000 unborn in 2011, including 171 whose mothers were under the age of 16, according to the Alabama Center for Health Statistics.

In a state where civil rights history has been central to our nation, Alabama is pursuing the protection of the civil rights of the unborn. Gov. Bentley has a pro-life history and already supported the passage of a fetal pain bill in 2011 which outlaws abortion after 20 weeks.

Continuing the utter irony of the forked tongue of the abortion industry, the further insistence that requiring medical practitioners to be allowed to help women in emergencies is, somehow, a denial of the health rights of a woman is so ludicrous that it is difficult to understand if these statements are credible even to the people making them.

Alabama, like Mississippi, has doctors who come in from other towns to perform abortions and who do not have admitting rights in local hospitals. Thus, almost 10,000 abortions were performed in the last reported year, and only one of the doctors who did those could have admitted a woman to a local hospital if a complication had ensued. Williams of Planned Parenthood has said that “only one clinic in Alabama has a resident doctor with local admitting privileges.”

The question for people must be: which one of these things actually protects the health and rights of Alabamians? Unfettered abortion access, where, if a complication occurs (which is a risk with every single surgery that ever happens), the woman cannot be admitted to a hospital when her life might depend on care? Or ensuring that physicians can actually help a woman, not just suck life out of her and hope for the best?

Gov. Bentley’s statement about doctors who are unable to get admitting privileges not needing to practice there is accurate, not to mention chilling in its application to the abortion industry. In Mississippi, the Jackson-based abortion clinic has said repeatedly that its doctors have been unable to get admitting privileges at Jackson hospitals. Well, that should make every woman feel much safer! If a clinic closes because its physicians are unable to get hospital privileges, then did that clinic need to be open in the first place?

Alabama says no and has passed this bill, as well as other legislation which implements building and safety requirements such as “wider halls and doors and better fire-suppression systems.” The Birmingham News reports that “The state Department of Public Health, which regulates Alabama’s five abortion clinics, reports that most [abortion clinics] will not meet the stricter standards.”

Another provision of the legislation is targeted toward helping sexual abuse victims:

Under the bill, abortion clinics will be required to ask any girl under age 16 for the name and age of the person who got her pregnant. She doesn’t have to answer. If she does answer and the father is more than two years older, the clinic must report that to police for investigation of a possible sex crime. If the girl is younger than 14, the clinic must report her name to the state Department of Human Resources for review.

In 2008, a Live Action investigation found an Alabama Planned Parenthood giving instructions on how to violation the state’s parental consent law and failing to report the child sexual abuse of a minor girl. The video of this investigation can be found below. After this video was released, the Alabama Health Department launched an investigation at the direction of the attorney general, discovered numerous additional violations, and placed the clinic on probation.

Alabama is taking a bold and needed stand in a culture that has made the right to abortion greater than the right to safety and quality care. Bill sponsor Republican Rep. Mary Sue McClurkin of Pelham sums it up well:

If an abortion clinic is truly dedicated to providing adequate care, ensuring dependable safeguards, and putting patients’ needs before profits, it will embrace this legislation rather than oppose it.