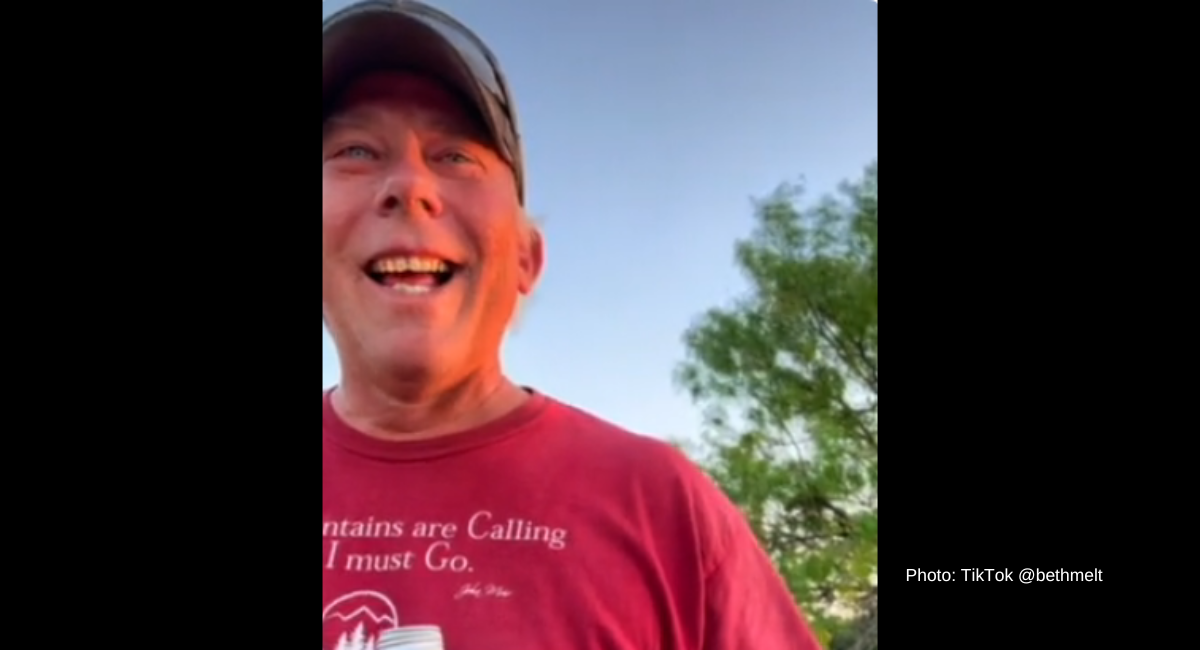 A man who was adopted at birth has found his biological family 66 years later thanks to a 23andMe genetic test taken by his daughter.

In an emotional video posted to TikTok by Betheny Melton, Melton’s mother tells her husband (Melton’s father) that Melton had taken a DNA test seeking answers to a medical concern. She ended up finding a man who was a 30% match to her — which meant he was her grandfather.

As her father returned home from work that day, her mother had the camera rolling when she told him she had good news for him and that their daughter had found his family.

“That means I’ve actually got kinfolk?” he asked. When she said yes, it’s your father and he wants to meet you, a huge smile spread across his face. Then she told him he has sisters.

“I have sisters!” he shouted while bursting into tears of joy. “I have people.” 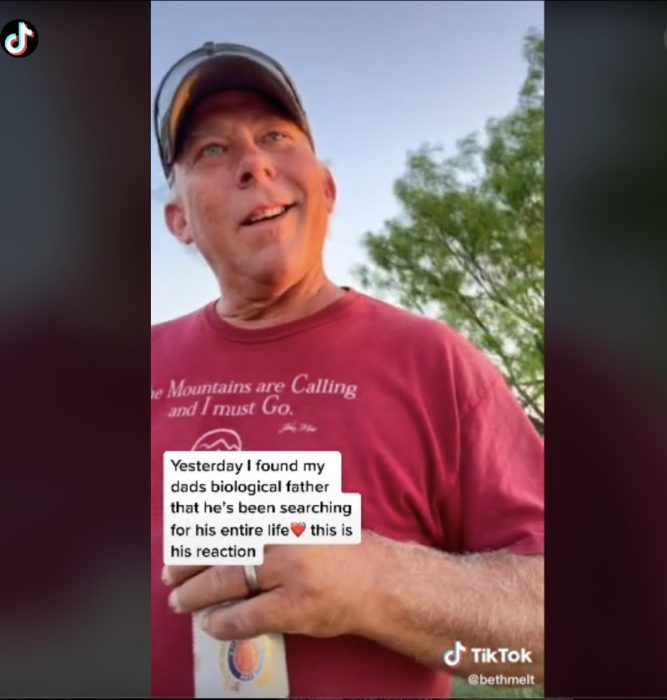 The video has been viewed 3 million times and received more than 92,000 comments. Due to all of the support the family was receiving, Melton made a follow-up video that gave more details about the story.

READ: Love Them Both: How to help a friend who is placing her child with an adoptive family

“I ordered a 23andMe kit because I had health questions, and kept it in the back of my mind that my dad was adopted and maybe I would find something,” she explained. “Instead, I found everyone and everything. The first thing on there was ‘this man is likely your grandfather.'”

After finding the match, she reached out to her grandfather and asked him if he had a son around the date of her father’s birthday. He said yes and that he had been looking for him. Melton said her grandfather was ecstatic. She called her mother to let her know and her mother waited until her father came home from work to tell him and film his reaction.

Melton’s father has since spoken with his father “for hours” and with his sisters as well and has made plans to travel to meet them later this month.

Adoption is a beautiful gift that allows children to live, but many adopted children grow up with the desire to find and meet their biological families. These emotional and heartwarming reunions would not be possible if the children had been aborted instead of placed for adoption.